The Way I Shoot: Akbar Makarti 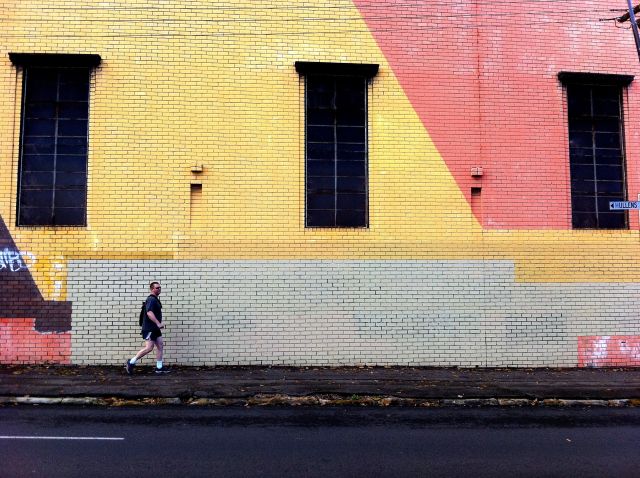 Akbar tells us how he shoots the streets and why brutally underexposing his photos is his best kept secret.

The Way I Shoot is an ongoing series that explores how some of the most talented shooters of our community take their photos.

Hi, My Name Is

Akbar Makarti, I was born in a remote city of Tamban Luar in the Borneo island of Indonesia. I moved to Ann Arbor, Michigan (United States) at the age of 5 and lived there for six years. I have since traveled/lived in different parts of the world, such as Jeddah (Saudi Arabia), Ankara (Turkey) and Sydney (Australia).

I now reside and work in Jakarta, Indonesia. My favorite food is Pad Thai, I love rap music, I’m a die-hard fan of Michael Jordan and my shoe size is 10.5.

Street photography has always been a passion of mine for some time. I started shooting the streets using a Canon Ixus when it first came out and I even used a Nikon D90 just a few years ago. They’re all fantastic cameras, but when I saw the works ofGreg Schmigelshooting the streets just by using his mobile phone, there was something so magical that clicked with me right there and then.

I’ve been using the iPhone (the 3GS version at the time) and didn’t realize just how ‘powerful’ its camera was. After that revelation, everything was just history. I sold my DSLR and all its lens and really focused on shooting with the iPhone since then.

For some reason, I’m fascinated with lights and shadows. I started iPhoneography when I was in Sydney (I now live in Jakarta) and was introduced to the works of Oliver Lang and Misho Baranovic very early on, two mobile photographers which I respect and look up to very much.

The light in Sydney is just gorgeous, you really have to be there to believe it I guess. So ever since, I’m always attracted to slashes of light wherever I go and you can bet that I’ll be standing in a corner just waiting to get ‘that’ shot.

The Way I Shoot

First and foremost, I always have my camera app on stand-by whenever I leave the house. It’s like I never want to miss a moment and it’s becoming a ritual that I do that. Secondly, I’ve developed sort of a handle on holding the iPhone which keeps me pretty stealthy on the streets.

Rarely do the subjects realize that I’m shooting them. On many occasions, I do get caught but since I’ve been shooting the streets for some time now, it becomes second nature to not overreact and just move on.

I think it’s really important that when you’re on the streets that you rely on your gut feeling – if something doesn’t feel right, then step away. But again, over time you’ll develop that instinct and feel more comfortable approaching your subjects.

My go-to apps for shooting are ProCamera and AlmostDSLR. I love the focus and exposure lock implementations on both of these apps – very intuitive and among the fastest, IMO.

For post-processing, I’m very into Snapseed, Photo FX and Filterstorm. I could say that I’ve rarely used any other apps other than those three in the last few months. I try to minimize my editing as much as possible and it really has been that way for a while now.

I’ve had a few friends ask how I was able to snap a low-light image with the iPhone and many seem to think that I post-edited them heavily. The fact is nothing like that at all. It’s mainly playing with the exposure prior to snapping the image.

My low-light images are always shot underexposed, then with Snapseed I adjust the ambiance level to dim the background/shadow just slightly. With this type of post-processing it’s important that you get the exposure just right (exposure lock is your best friend when shooting) because too much playing with the ambiance will most of the time ruin the subject.

Besides using Snapseed, I also use the ultra contrast adjustment in Photo FX (it’s under the ‘diffusion’ tab) to further play around with the highlight and shadows levels, if necessary.