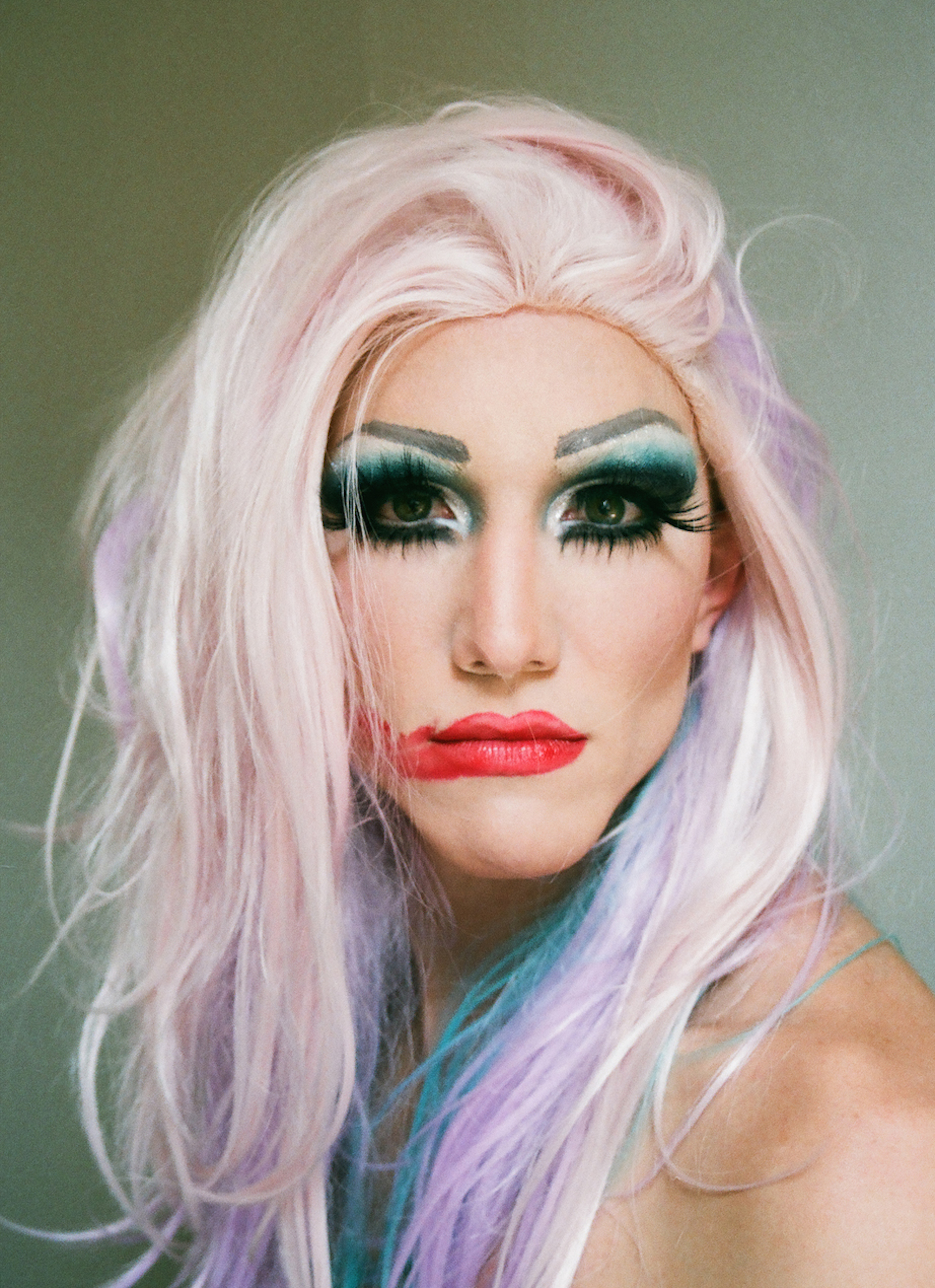 What makes a woman a woman, and a man a man? We spoke to photographer Joseph Wolfgang Ohlert about the questions he delves into in his book, Gender as a Spectrum.

Based in Berlin, photographer and gallery owner Joseph Wolfgang Ohlert portrays people who don’t fit into – or identify with – conventional man/woman gender categories in his debut publication, Gender as a Spectrum. He told us why he wants to move away from societal norms to tell stories of identity beyond the beaten path.

How did you start off with photography?

I applied for art universities in Berlin but wasn’t accepted, so tried for a place at renowned photography school Ostkreuz. They liked my disposable camera snaps, and that’s how it all started. After my graduation from there, I got accepted at the University of Arts, but dropped out because it bored me. I’m stuck with my camera now. 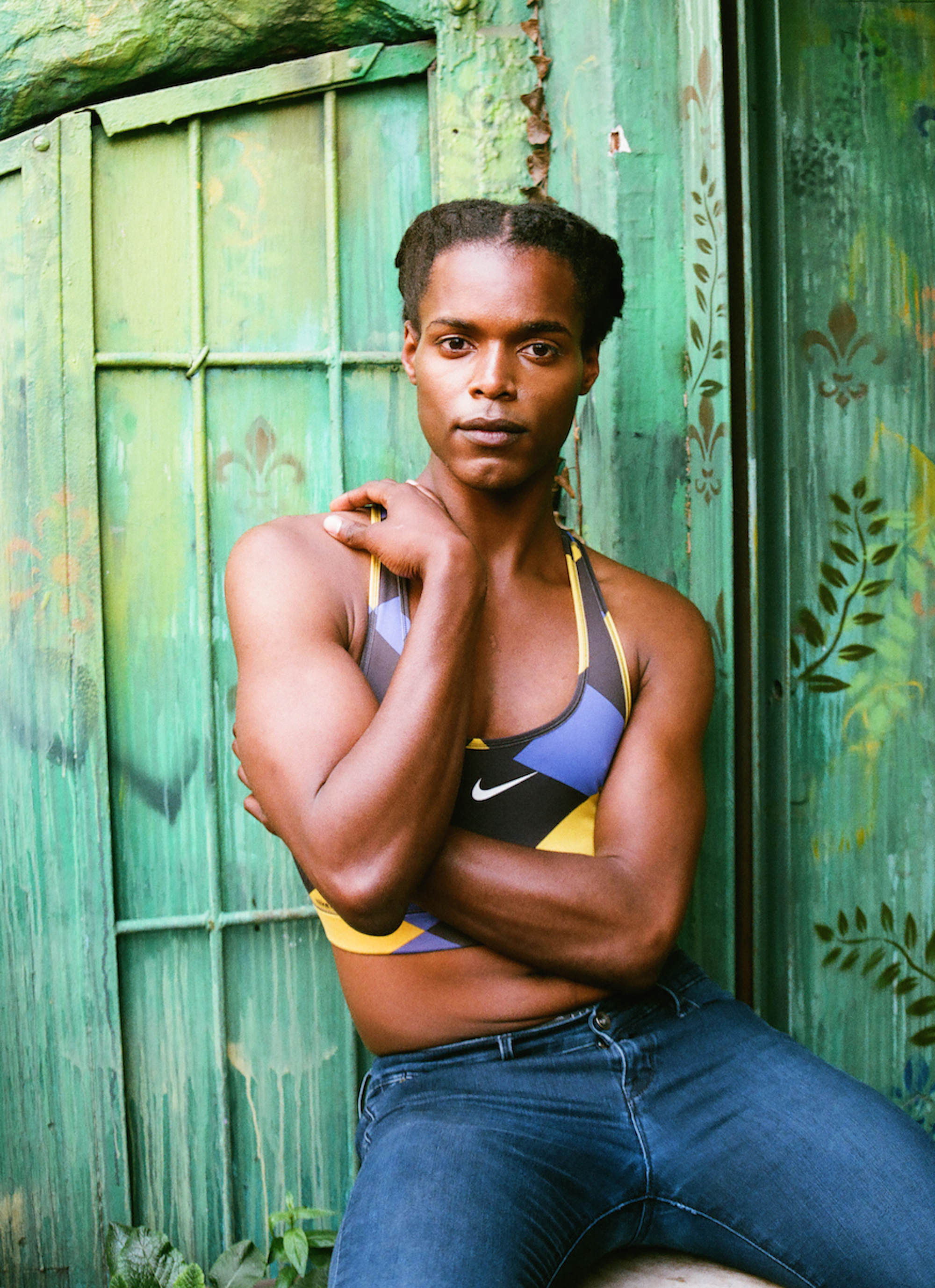 Tell us how you came up with the idea of your book, Gender as a Spectrum. What sparked the initial objective? How did you get it together and find the people to feature?

There was a point in my life as a photography student when photographing models just wasn’t satisfying for me anymore. I needed something more important and authentic to me, something that I was wondering and questioning my whole life: My sexuality and gender identity. It came very naturally and was a step that was in some way predestined for me.

My co-author Kaey was with me from the very beginning. She is a trans woman herself and very much involved in the Berlin queer scene. Kaey encouraged me with my project and brought me further into the scene, to the people who had something to do with the subject. I learned a huge amount. I knew there were drag queens, transgender people and various gender definitions, but nothing more than that.

“I needed something more important and authentic to me.”

Did you come to the subject of gender by way of drag?

Perhaps, in a certain way. Originally it was the ‘man-woman’ thought; I was very interested in drag as something you put on, but also set aside again. I was sure there was more to discover. Through the project, I began to learn what I didn’t know when I set out – what exactly my message was – and over the course of the work, I understood that sexual identities are not polarized into black and white. For example, I stumbled across the title of the book only very late, though the photographic work with the people I had taken portraits of.

How would you define beauty from a very intimate point of view?

The meaning of beauty is sharing. 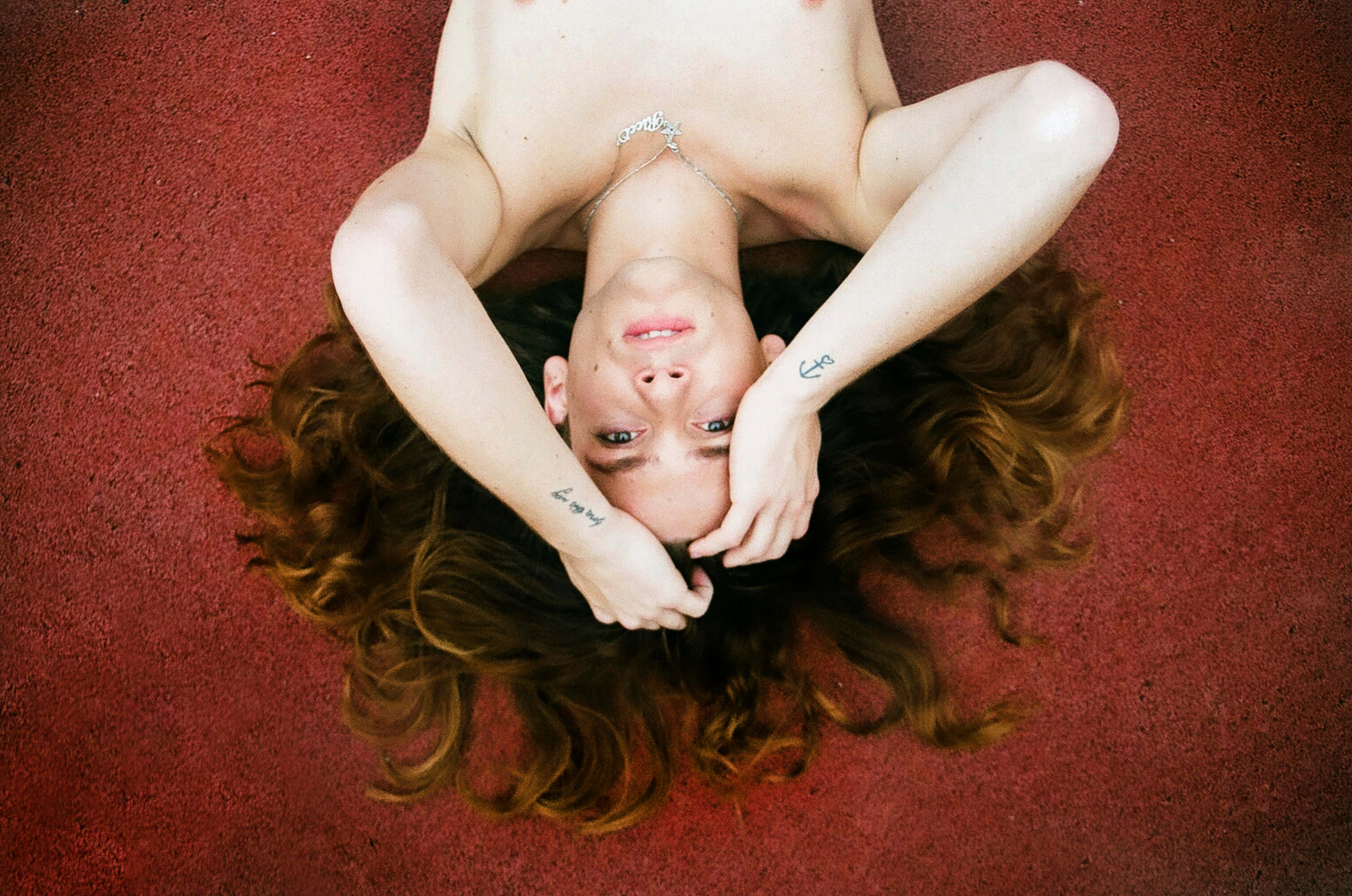 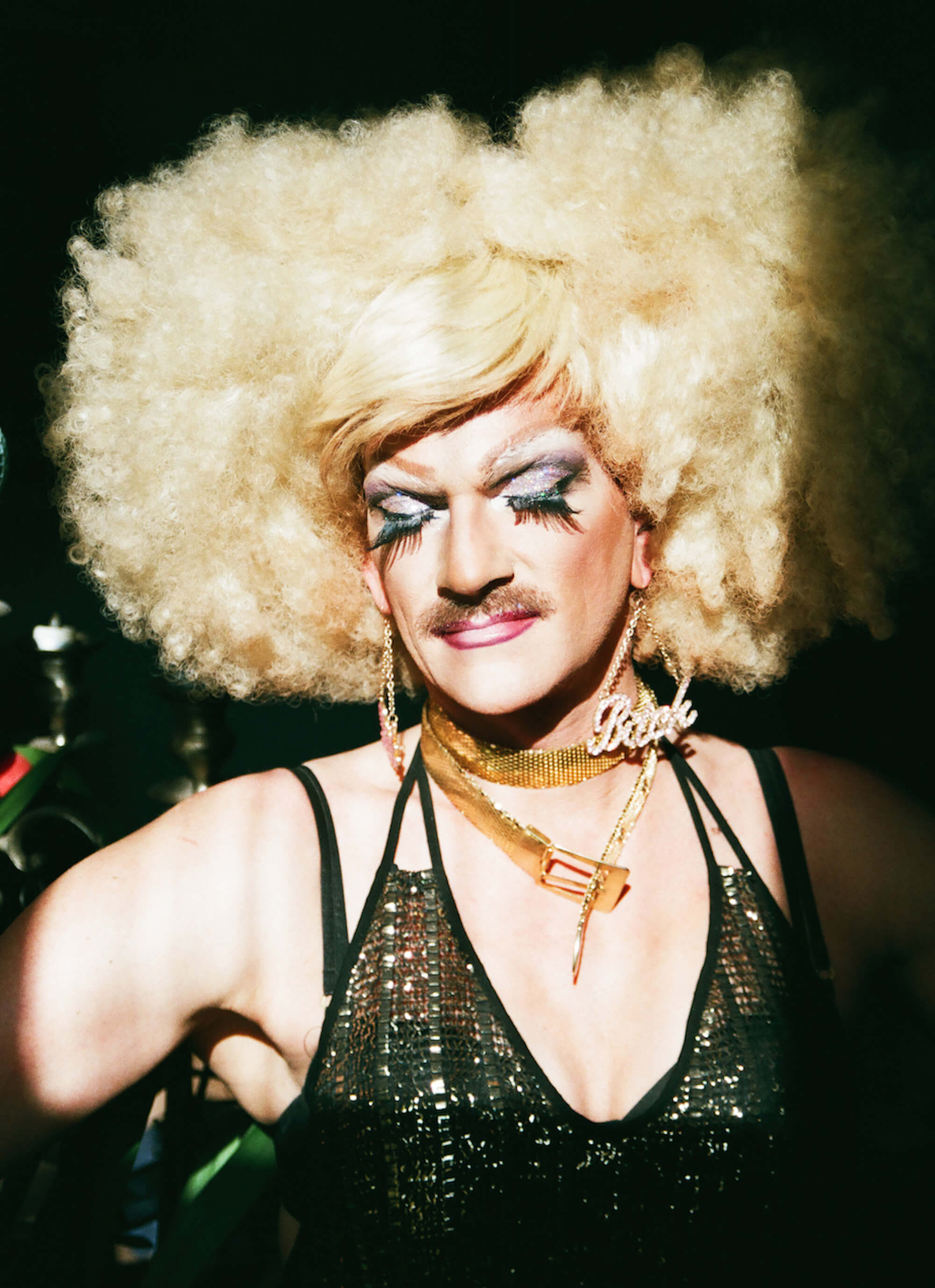 The theme of gender identity is a sensitive issue for many. How did you approach the subjects and the interviews?

We wanted to have questions that were pretty intimate, but it was up to each person how they wanted to present themselves and which questions they wanted to answer. Some do it with humor and eloquence, without having to reveal their innermost selves. It was supposed to be a framework, so that people had the opportunity to say what was important to them.

“We have to be visible, any time, everywhere.”

The book doesn’t limit itself to one side of gender identity: it includes portraits of people from transgender to drag, binary to non-binary, as well as covering playful aspects of gender roles. What was particularly important when selecting your subjects?

Maintaining a balance was difficult. These are the real lives of the people portrayed, and that’s sometimes a very profound thing. Suddenly people show up who want to show that to the world; something that intimate. This isn’t a scientific study, but a documentary collection featuring portraits of personal encounters. It was always about the person and not necessarily about having to have a particular facet of gender represented. 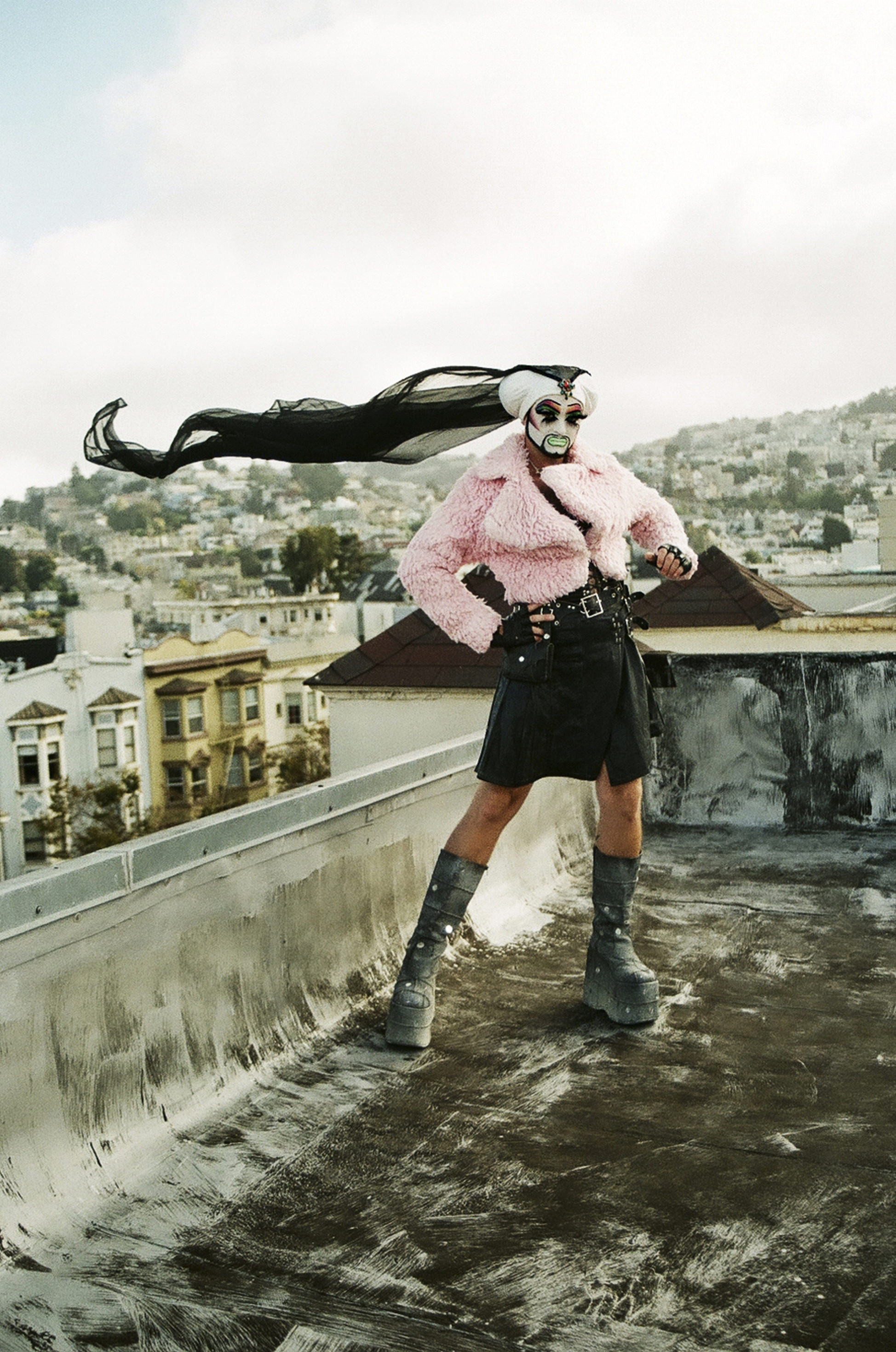 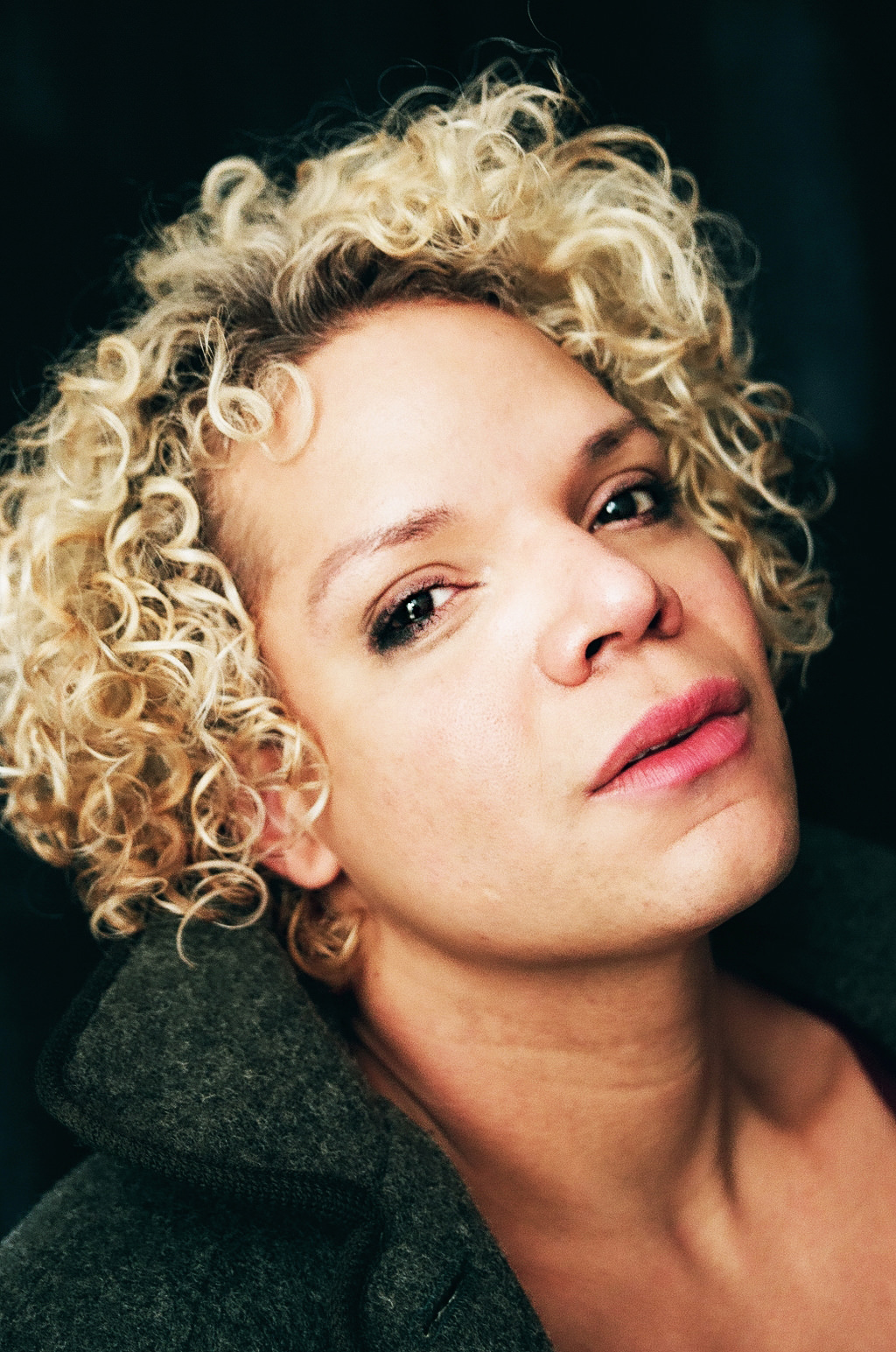 “Transgender has always been there, it’s not a new thing or a trend.” 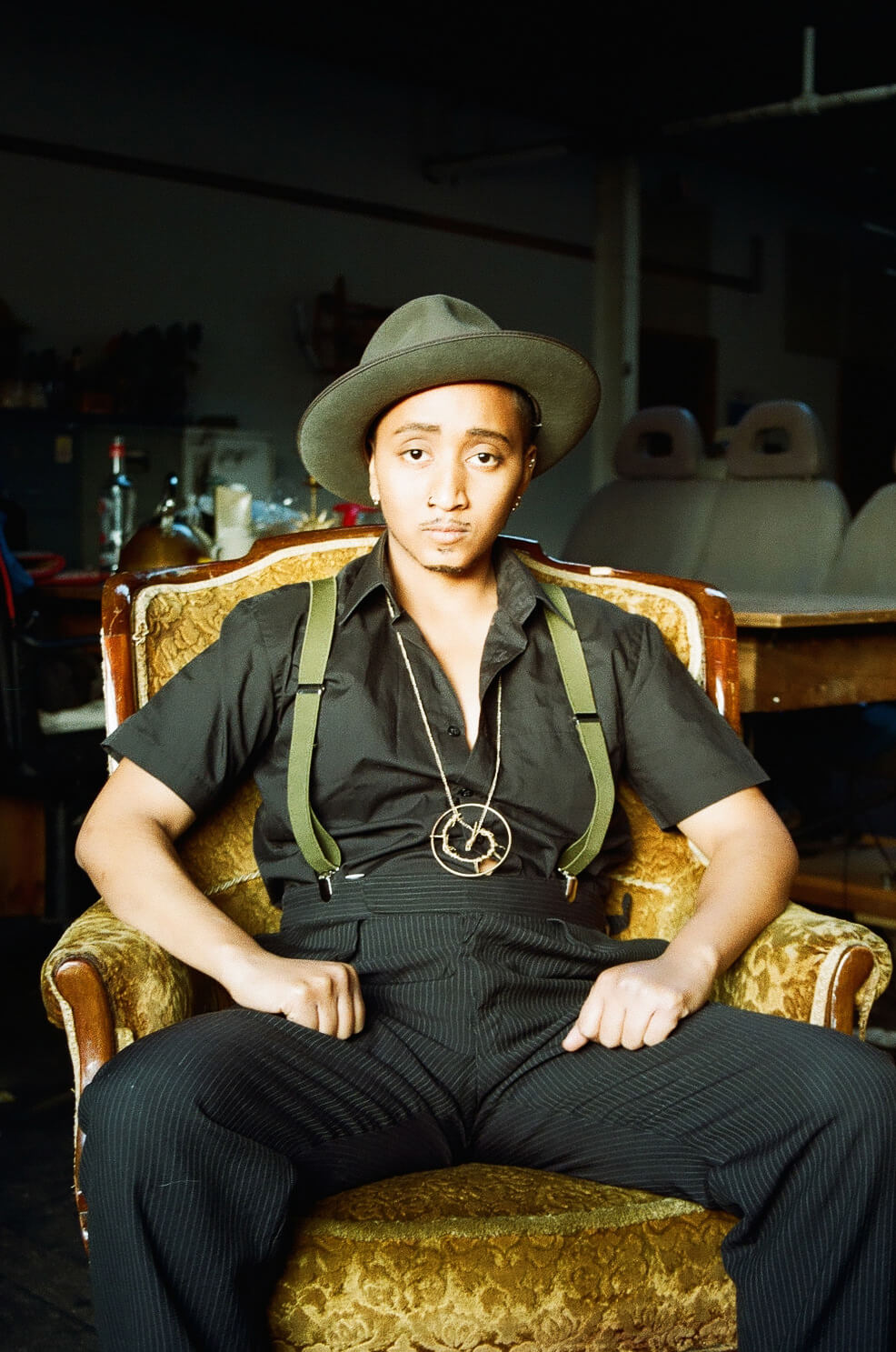 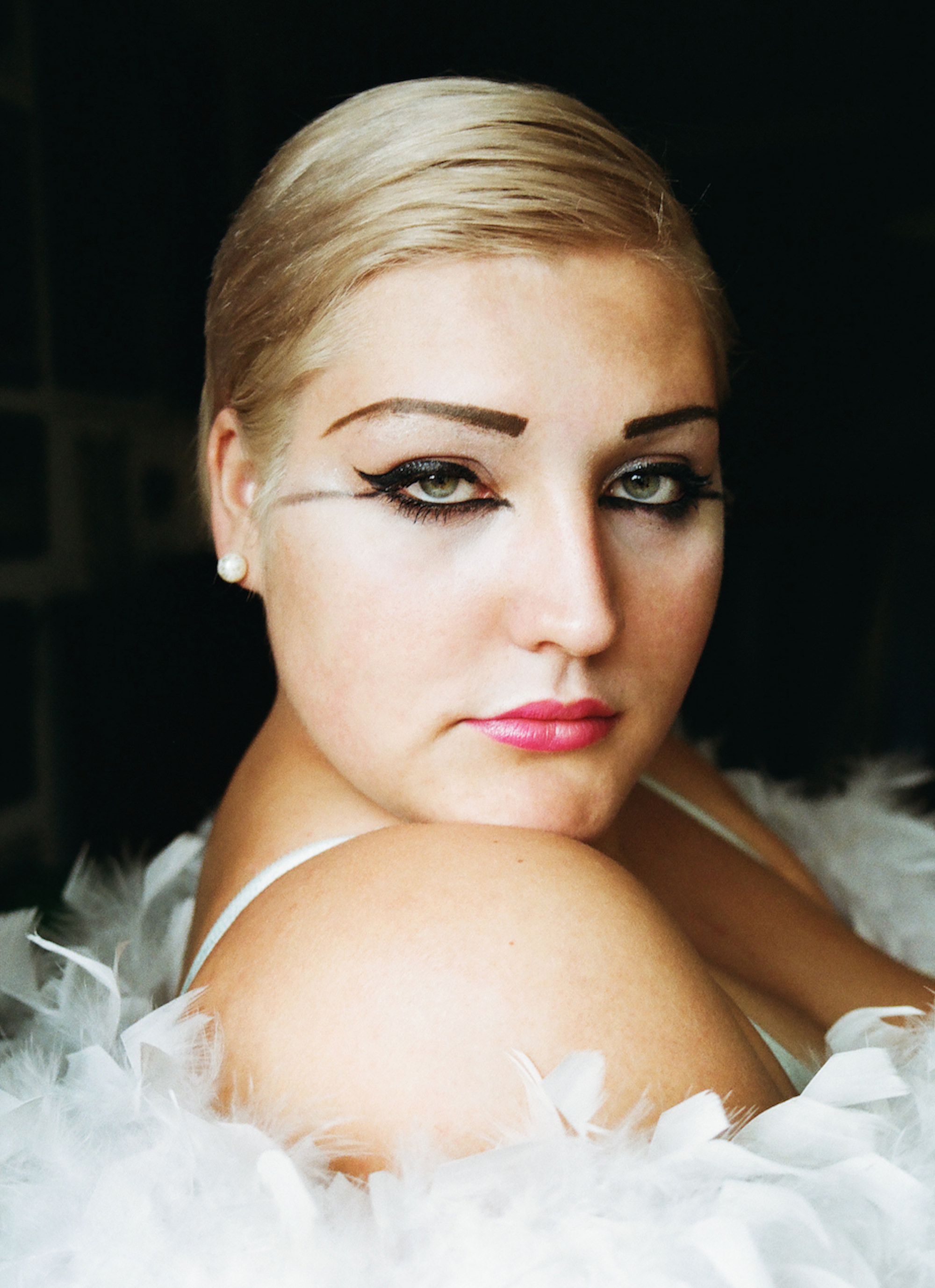 Do you feel hopeful that society at large is starting to embrace gender and sexual fluidity?

Absolutely. We won’t win but we will succeed. We have to be visible, any time, everywhere. Transgender has always been there, it’s not a new thing or a trend. Three or four years ago, when I started with this theme, there was no Caitlyn or Conchita in public life. The increased attention was good for the work, though, and it has further convinced me that other people are interested in and being confronted by it. Due to the greater media attention, more people dare to stand up for themselves, and our work seeks to inspire people - that they can be who they are.

Gender as a Spectrum was your first book. What can we expect for the future?

I’m currently working on my second book, called “DARLINGS!”, which is a collection of collages with photos from different stages of my life in Berlin. It’s all about memories, photo shootings with friends, lovers, boyfriends… it’s a nostalgic 90’s teenage scrapbook diary and I hope to publish it this summer. I’m also very busy with running my own studio space P7 GALLERY, which I opened last September.

I’ve already had some awesome exhibitions. I hope to give other people the platform; I’m happy to support young artists and share their work. This is going to be the first summer for P7 GALLERY, and we have a lot events and exhibitions planned already. I was thinking about a gay queer garden party, or publishing a gay newspaper. Let’s see. I’m open for whatever comes my way. 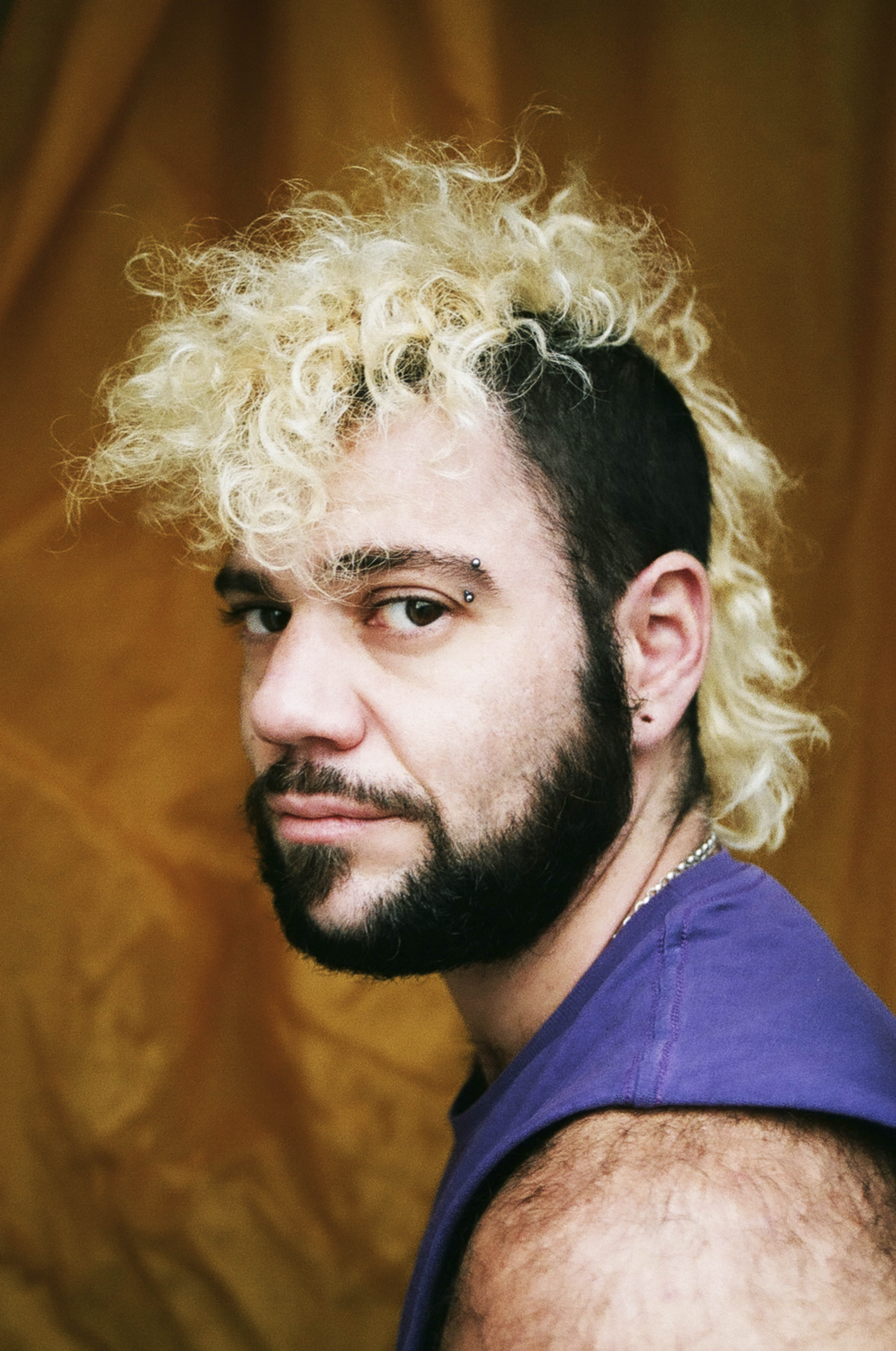 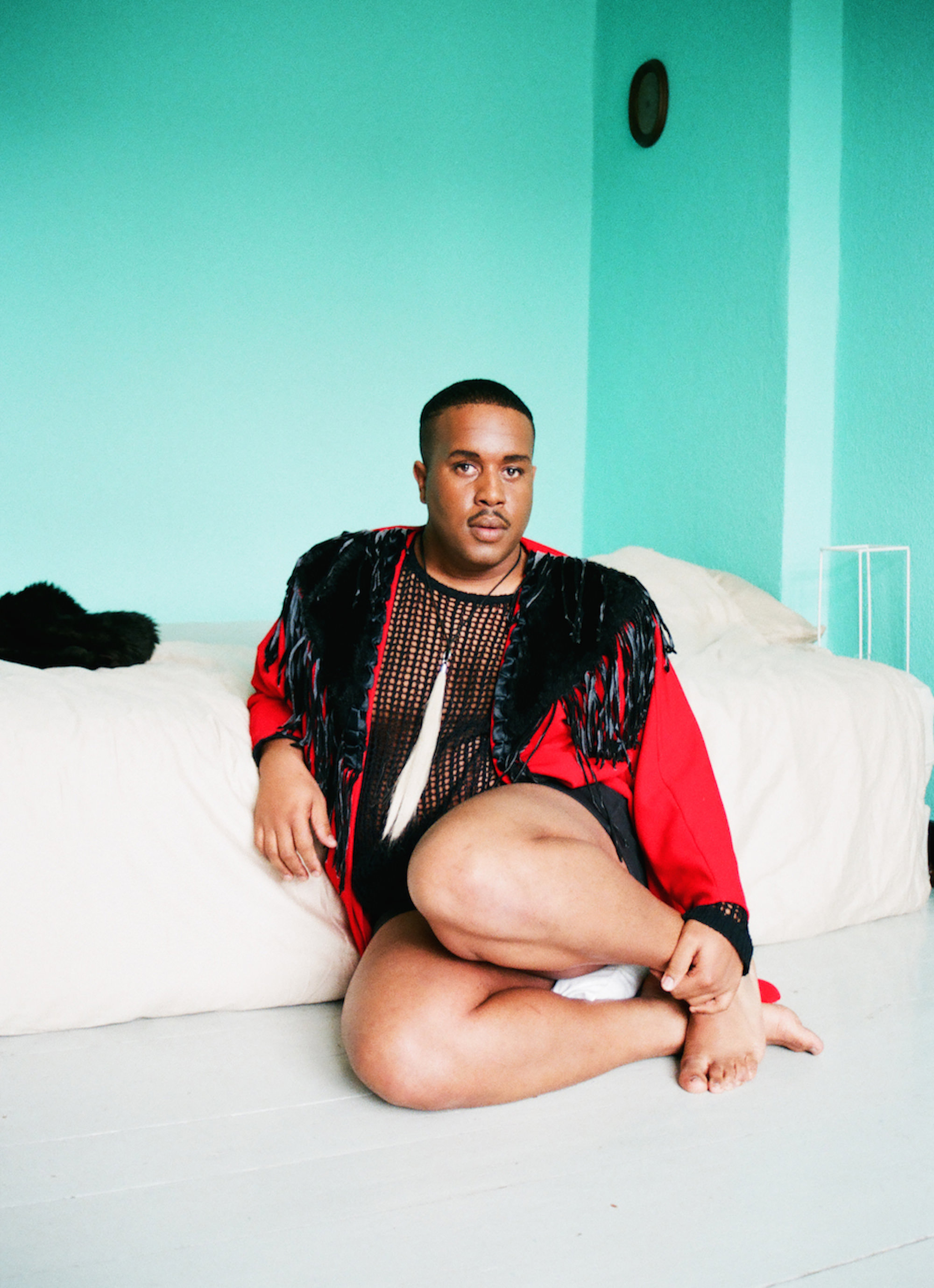 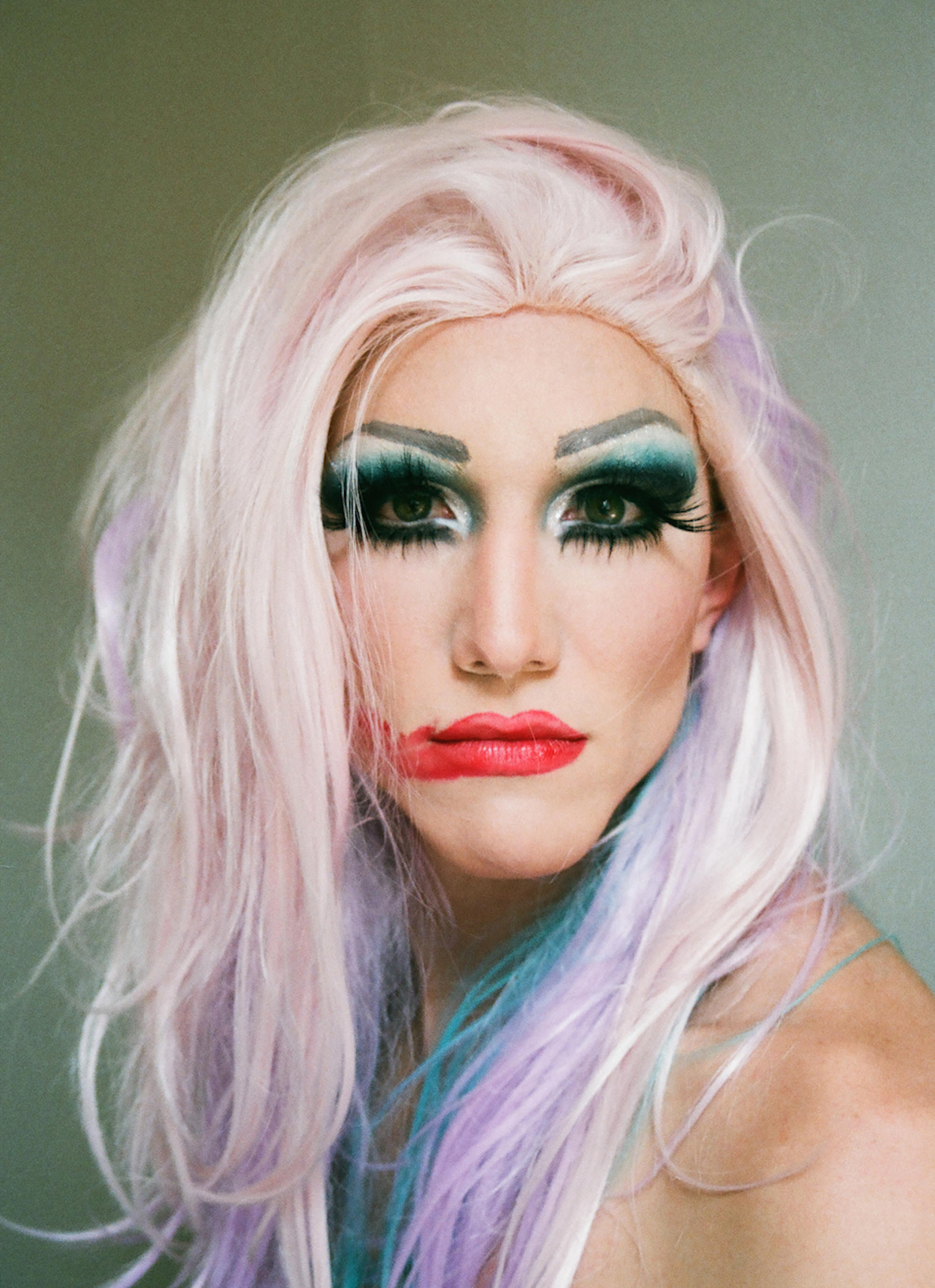 This interview was created as part of#NotYourCliche, our movement away from antiquated stock stereotypes and towards a more relevant, inclusive, representative view of global culture and society. Joseph’s book ‘Gender as a Spectrum’ is available for 48€ via info@ohlert.de or the P7 Gallery website. Besure to explore morework on his Instagram profile too.