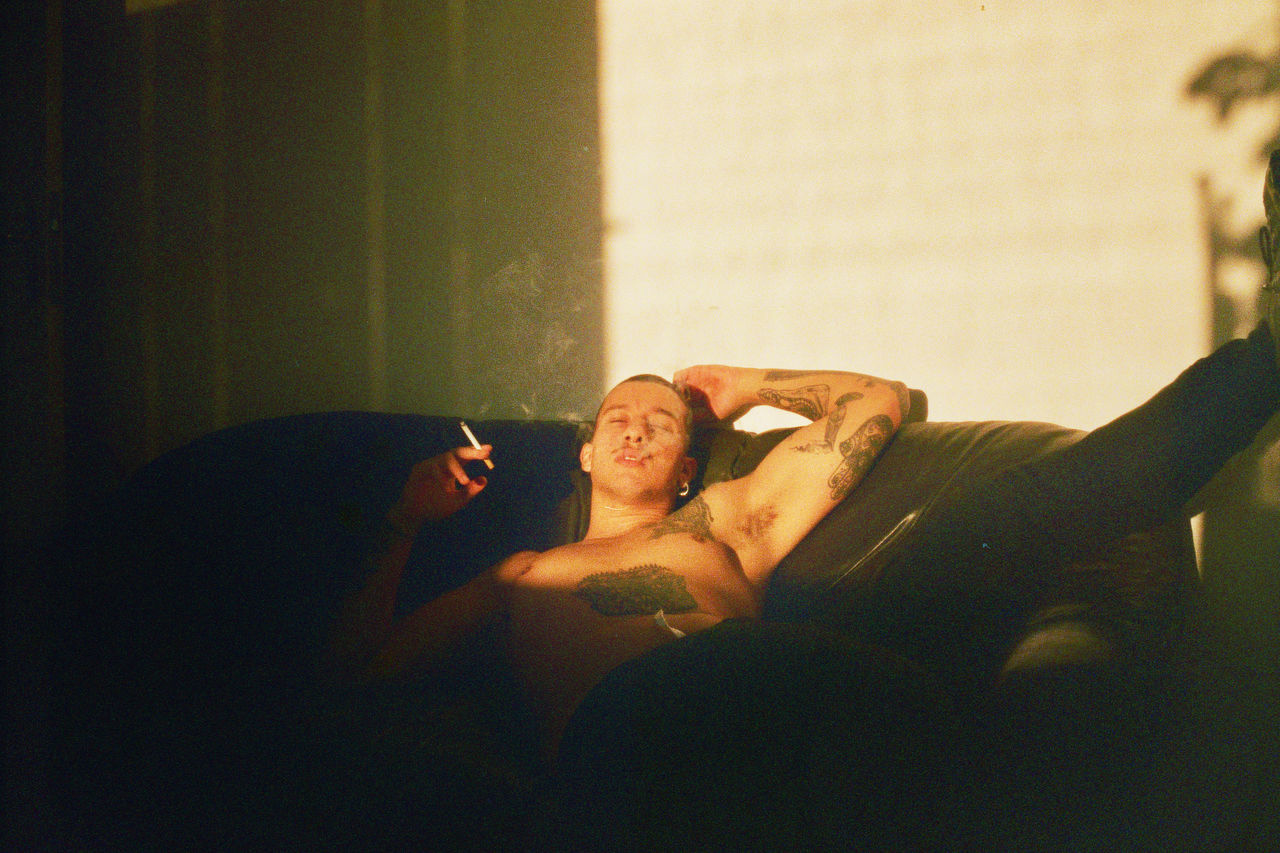 Through his 'Alternatives Masculinities' project, Adlan Mansri disrupts social expectations to make way for a nuanced, multifaceted picture of what it is to "be a man". In this personal essay, the Berlin-based photographer describes his own dealings with toxic masculinity, calling out the formative role photography has played in the path to self-awareness and development.

I don’t think I had a process of “becoming a man”. I was born a man and I don’tneed to “become a man” whatsoever to affirm my identity. That being said, I feel now that being a man is much more complex than virility or having a penis.Growing up as a minority, North African, in France, I never felt that I was privileged. Then I was called out on my behavior, told my masculinity was toxic and hurting people; behavior that was emotionally abusive,that I had never been aware of before. 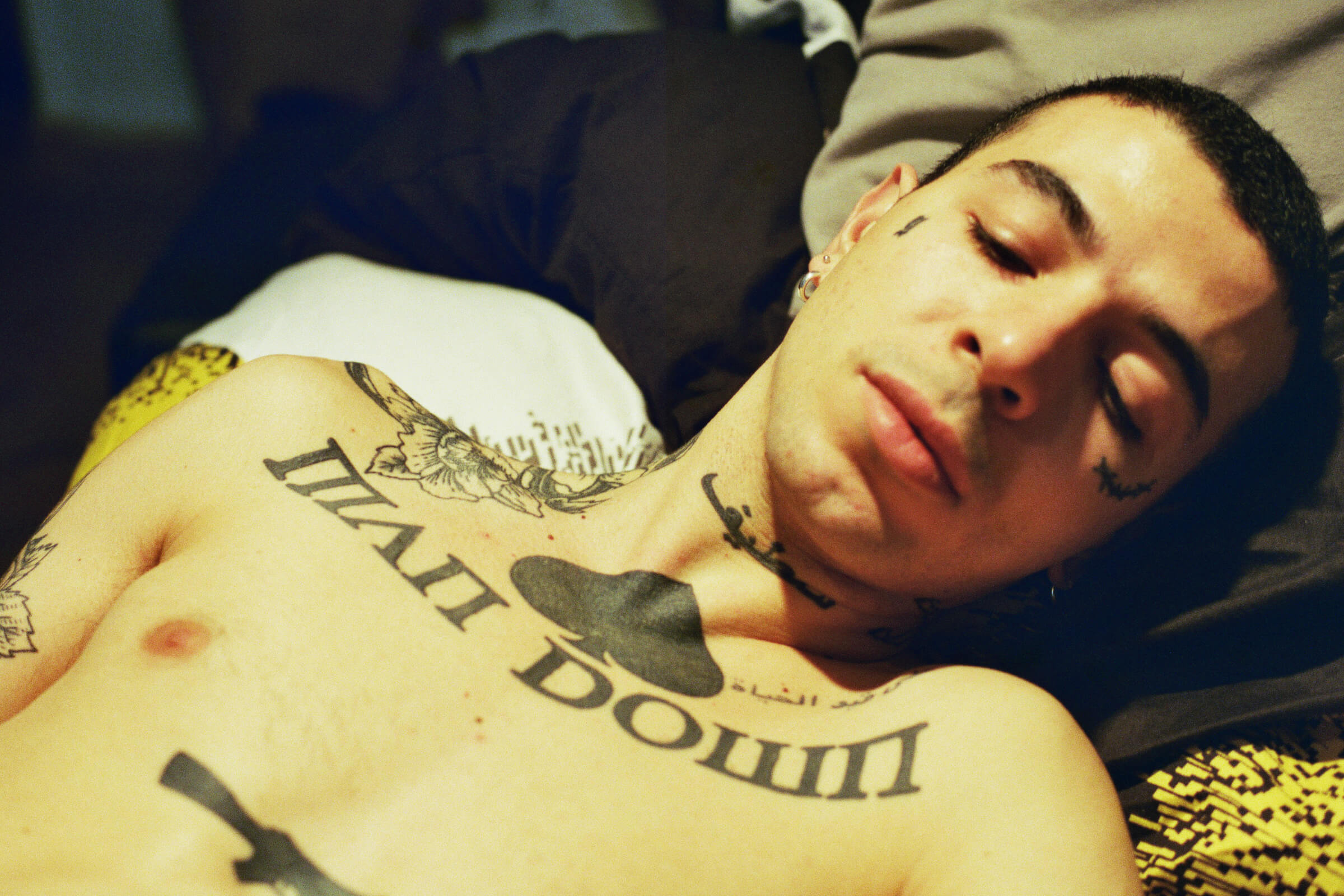 “I don’t think I need to ‘become a man’ whatsoever to affirm my identity.”

It made me conscious of my privilege and the power of being a man, because men are taught to be predators, to chase women and try to get them at any cost. But women, like lands, are not to conquered and that’s something that we men still have a problem understanding today. It was tough at the beginning because I didn’t really understand what was happening or what I should do, but then I realized it was for the best and only good things could come out of it. 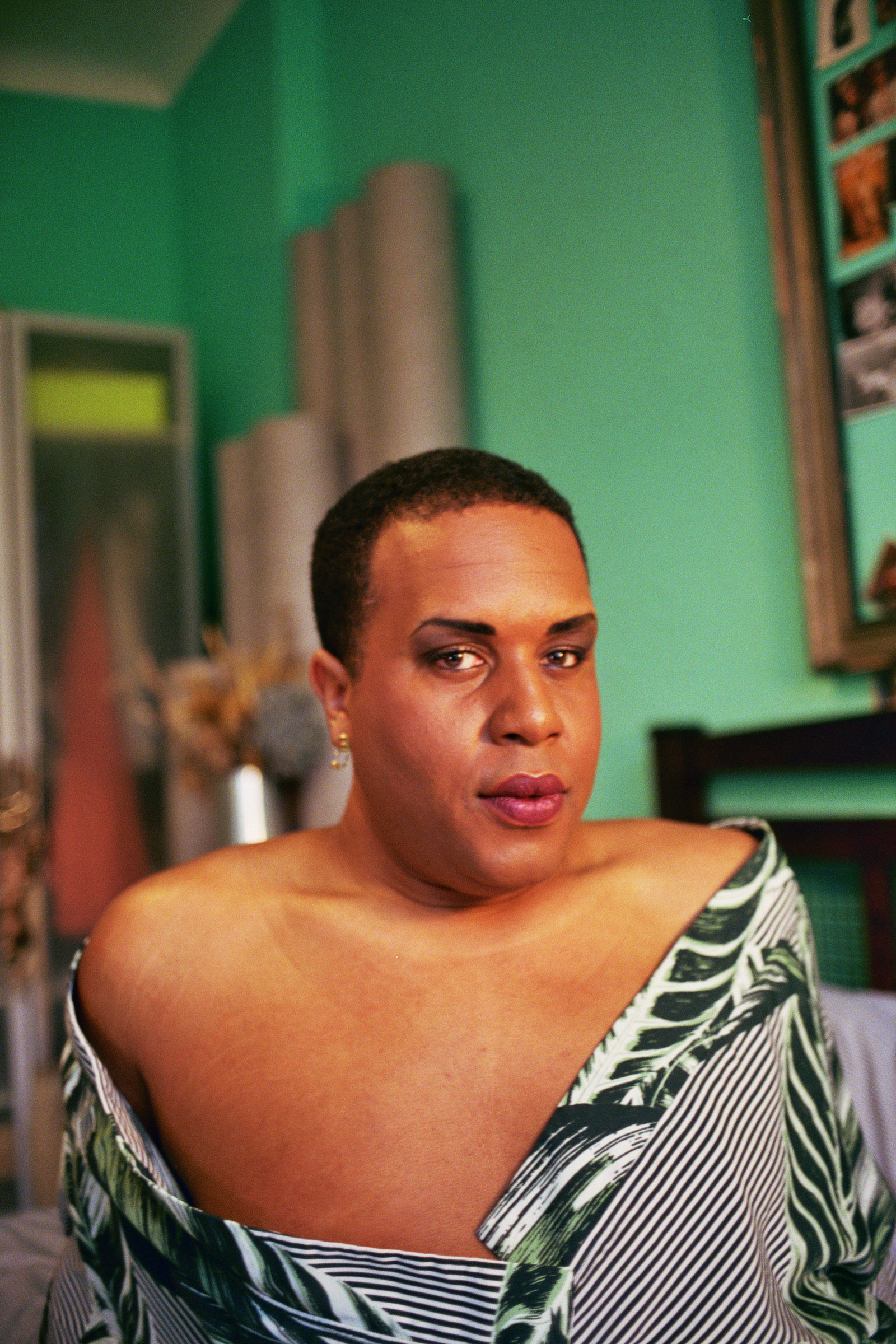 I started therapy to help me understand where my behaviors came from anddeal with my mental health, especially depression. The therapy helped me a lot in understanding why and how I can change my behavior towards other people – not just women, but everyone around me. It took me a while to realize that I could choose my own way to express my masculinity. That I don’t have to be the cliché that people usually expect of me. I used to be this, or at least I tried to be.

My ‘Alternatives Masculinities‘ project is important to me, because I want to express that. I want other Africans, browns and blacks, to be able to express that. Photography was the only way for me to express that. This is only the beginning of the project, and I’m looking forward to meeting more black and brown boys and talk about their own ways of seeing masculinity and what it means to them.

“We have to leave a window open so we can allow ourselves to evolve.” 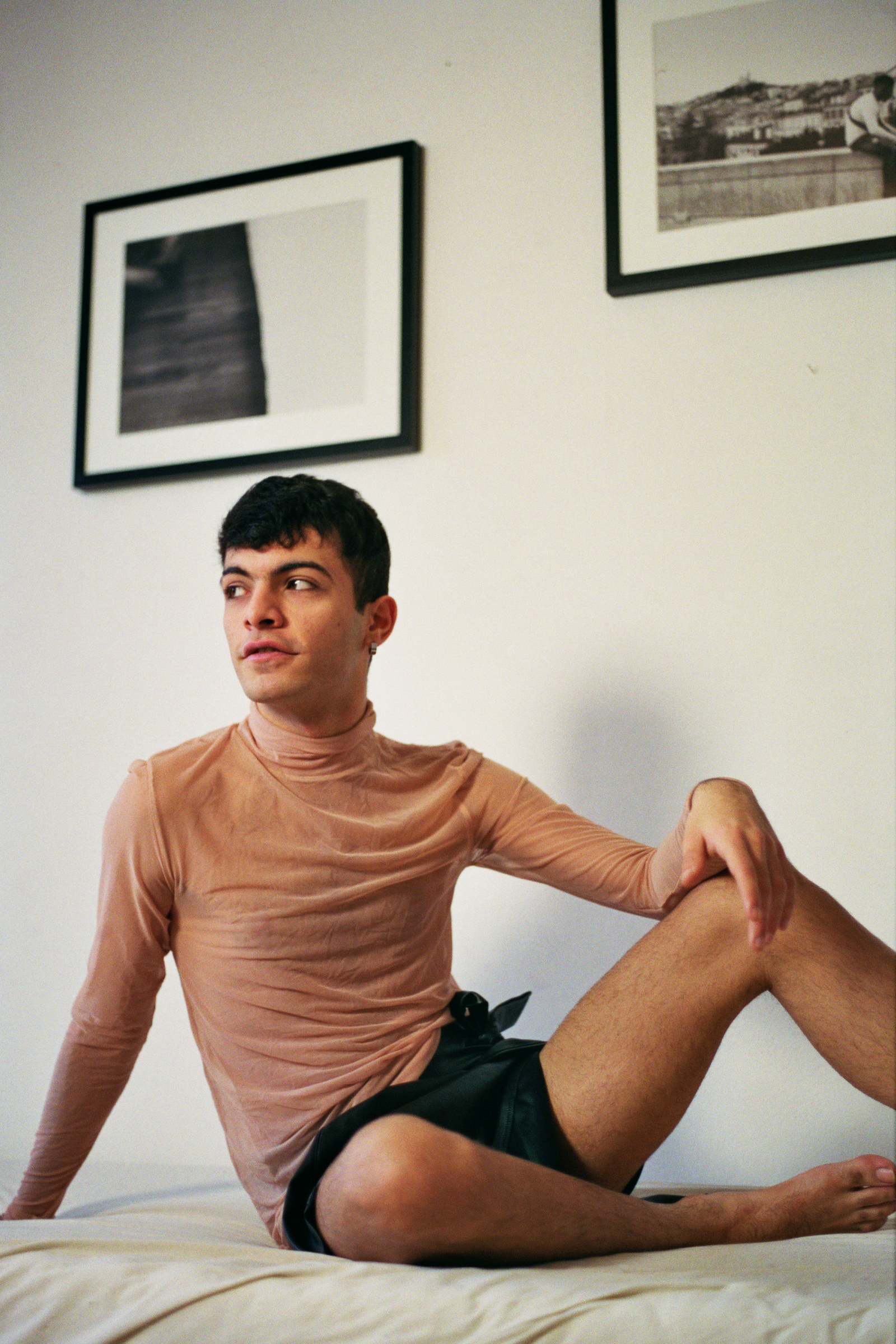 I believe the human psyche is fluid, and everyone is evolving. But we have to leave a window open so we can allow ourselves to evolve, we have to understand what our mistakes are in order to acknowledge them and say: “What I did was wrong and I hurt people, I can change because I have the power to change. I don’t want to hurt anyone anymore so I give myself the power to evolve.” It is really scary at the beginning, but fear is something that we can fight.

“I realized that masculinity was beyond this cliché that society puts on us.”

I realized that my masculinity was toxic, and that the interpretation I had of it was wrong in a way and not healthy. Then I realized that masculinity was beyond this cliché that society puts on us, particularly as men of African descent. Talking with other guys has helped me understand my own masculinity a bit more, andalso the masculinity of a generation. I’m not saying I understand it all, I am still far away from that and I try every day to challenge my own masculinity, to understand its limits. But I don’t want my masculinity to be toxic for others or for myself. I want to be able to show my feelings, I don’t want to pretend that I am strong when I am not, when I need help and support. 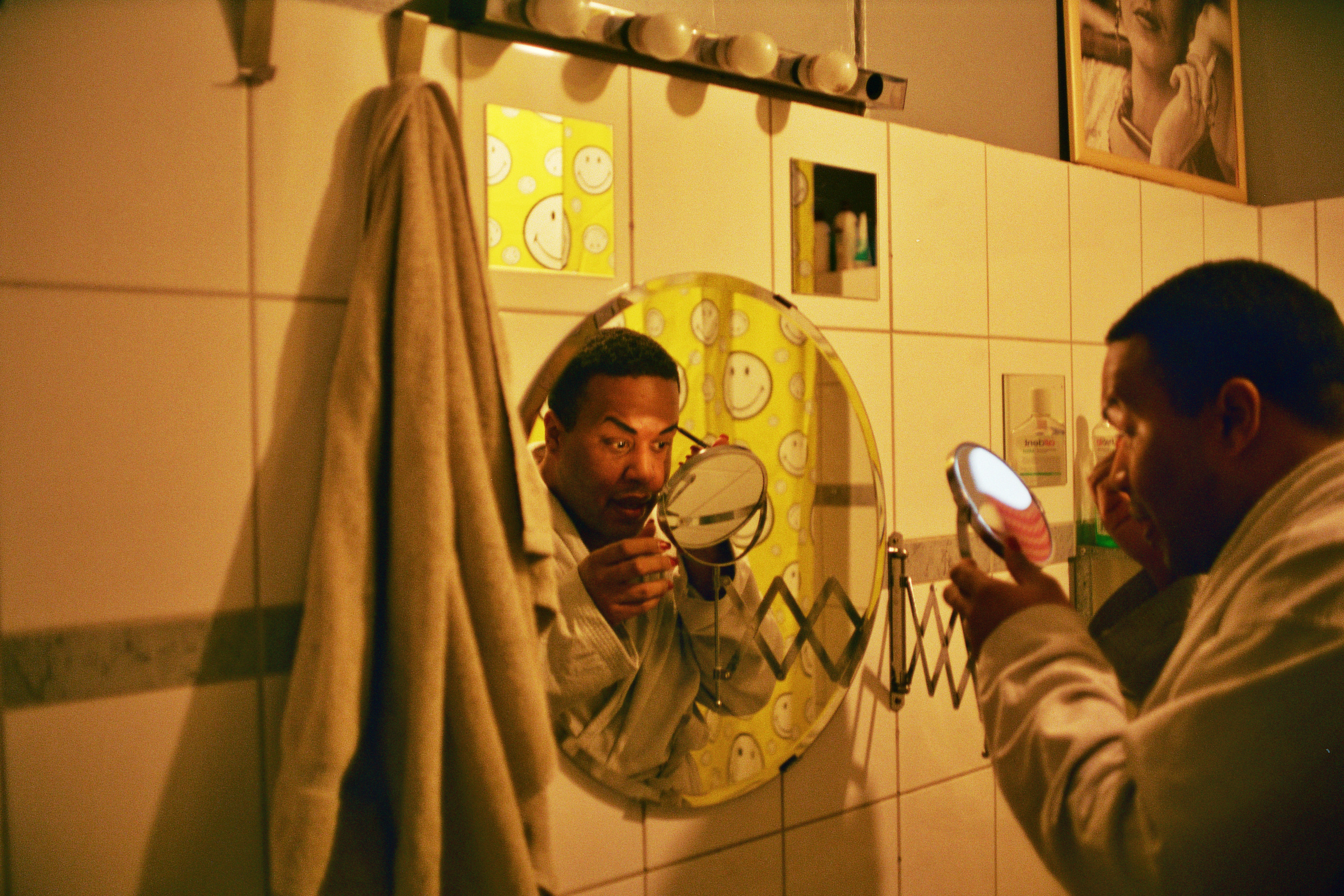 Growing up as a North African male isn’t an easy thing – speaking from my own experience – because we are usually seen as strong, virile and proud. Innocence is taken away from us the moment we’re born. We can’t really express our feelings, we have to repress them. Both physical and emotional. The moment we get too physical with another boy, society looks at us like freaks. And the moment we get too emotional, we’re crazy. But no, that’s not how it works. We should be able to be passionate, emotional, and show love to those we love.

“We should be able to be passionate, emotional, and show love to those we love.” 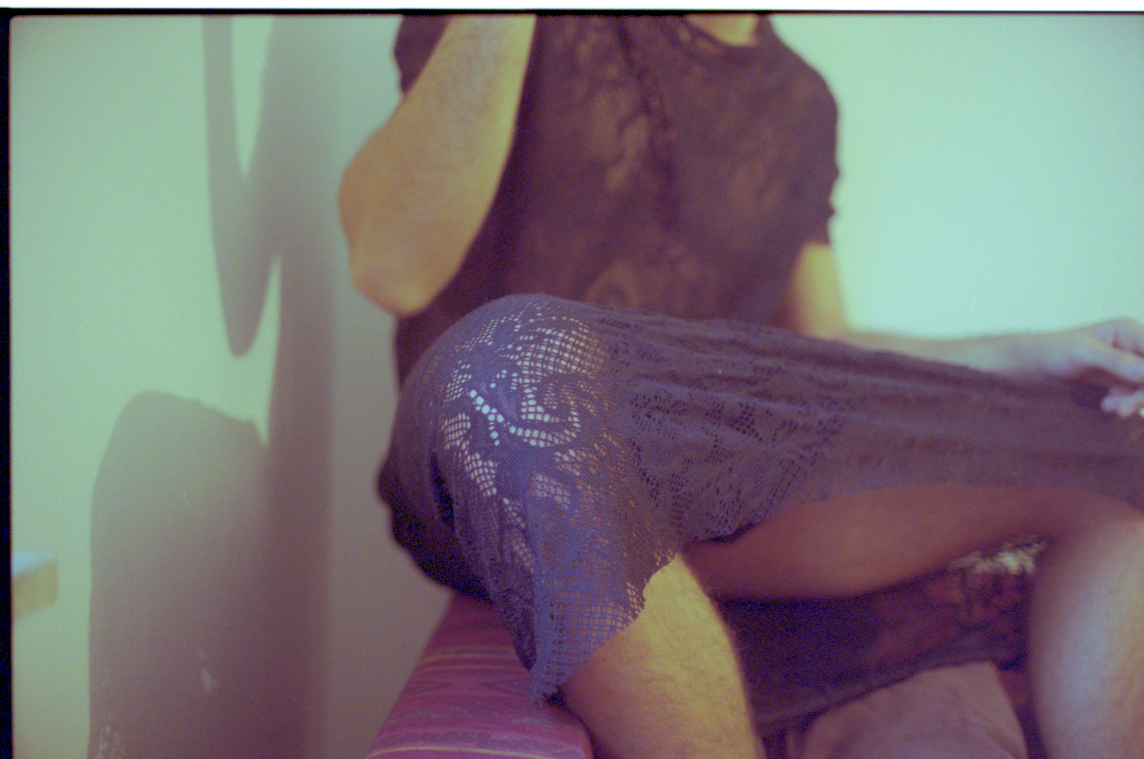 Photography has always helped me to express my identity. First it was a protection against the world and then it became a tool to fight my fears and overcome political or social ideas. I am driven by documentaries, by giving a voice to the people who don’t have a chance to express themselves. But I forgot that I was also the one who needed this voice, who didn’t have a chance to express himself. So now I’m using my tool for myself and for others.

“I’m using my tool for myself and for others.”

“It’s a matter of visibility, so we know we are not alone.”

Visual representation is important in order to relate to each other, we can say, for example: “What he just said echoes my experience, I recognize myself in that.” It’s a matter of visibility, so we know we are not alone. Because it’s harder when you think you’re alone in it – but at the end of the day you’re not. We don’t have to fit in, because we exist. And that’s all that matters.

This guest post was written as part of #NotYourCliche, our movement away from antiquated stock stereotypes and towards a more relevant, inclusive, representative view of global culture and society. You can discover more of Adlan’s work on his website, EyeEm profile or Instagram feed.