A Country That Doesn’t Exist: Exploring Transnistria with Ramin Mazur

Find out how he uses photography to reclaim memories.

Transnistria is a small, unrecognized state in Eastern Europe, wedged between the border of Moldova and Ukraine. It broke away from Moldova after the collapse of the Soviet Union, during an armed conflict between the country’s ethnically Russian minority and the new Moldovan government. Today, its status remains unresolved – and Transnistria is a curious remnant of late 20th century history: A Soviet-style republic with a population of half a million people, suspended in time.

It is also the home of Ramin Mazur (@raminmazur), a photographer based in Moldova’s capital, Chisinau. We asked him about his journey tobecome a photographer and how his origins motivate him to take photos that are more than just pretty to look at.

Read on for the interview. 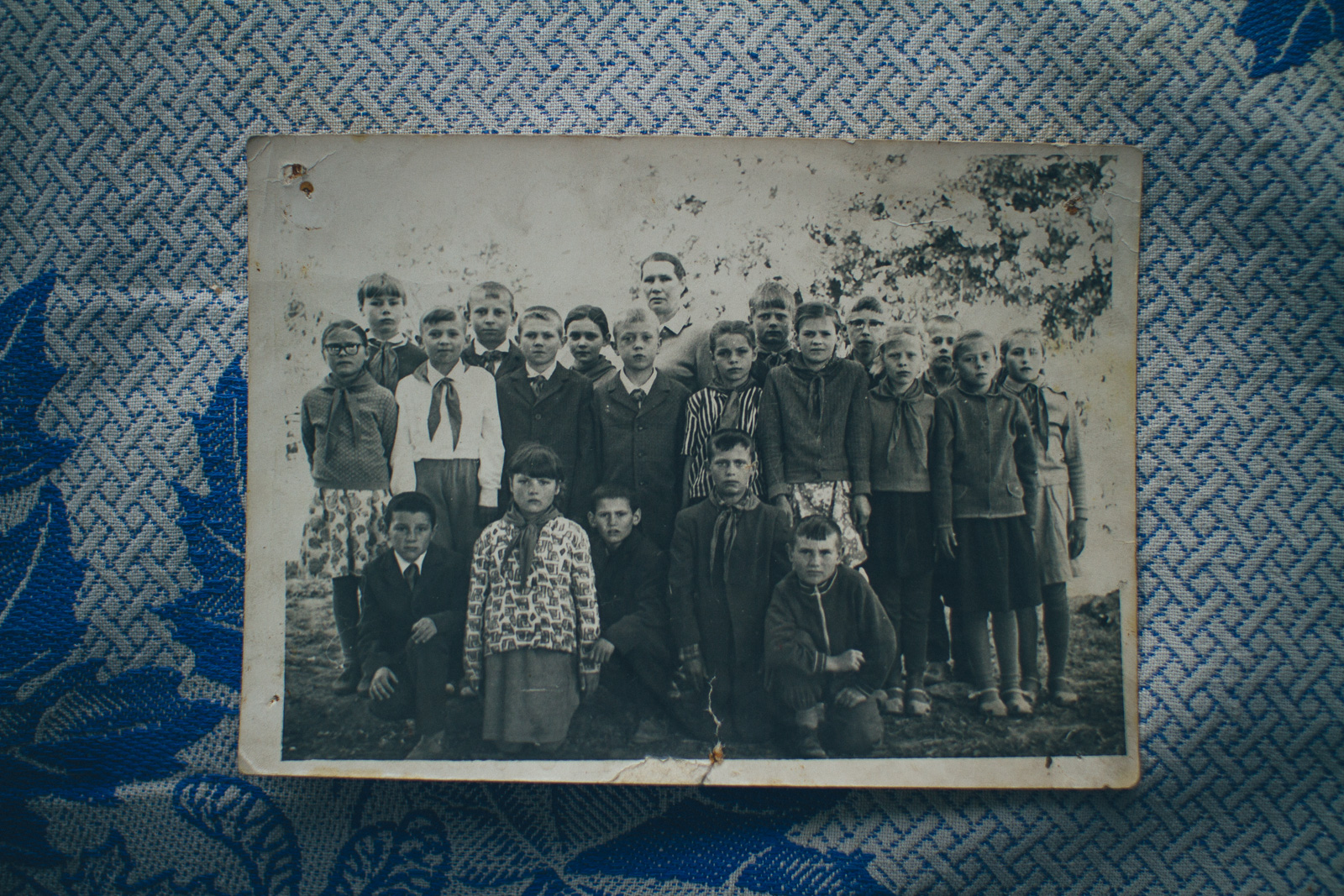 A 70s photograph of students from Ghidirim village. Photo by Ramin Mazur.

Ramin, tell us about yourself and your origin.
I’m 29 years old. I am half Ukrainian, half Afghan and was born in Transnistria – back when it was the Moldavian Soviet Republic in the USSR. Four years later, the Transnistrian conflict happened and I found myself living in a new country. I was there for most of my time in school, although I spent a few years living in Ukraine…

Then you moved to Moldova, where you live now.
Exactly. But I didn’t actually leave the country, because Transnistria is on Moldovan territory. I studied engineering at the politechnical university, but after three years decided that I needed something more humanitarian and chose Journalism.

How did you discover photography?
During my last year of university, I had the opportunity to work as a photographer at a new newspaper. I had always liked photography, had taken a course with my analogue camera, and just startedshooting – then I got the job. The editor had no real experience in directing photographers, so she always just said “bring me something amazing”.

You taught yourself.
I just went out and clicked the shutter for a year – until the newspaper wasclosed down. It had been the election project of one oligarch and he stopped funding it. I was without work for a year, which gave me time to think about what all that clicking had been about. I started thinking more about documentary photography, started looking more into other people’s projects, and began taking pictures more deliberately. 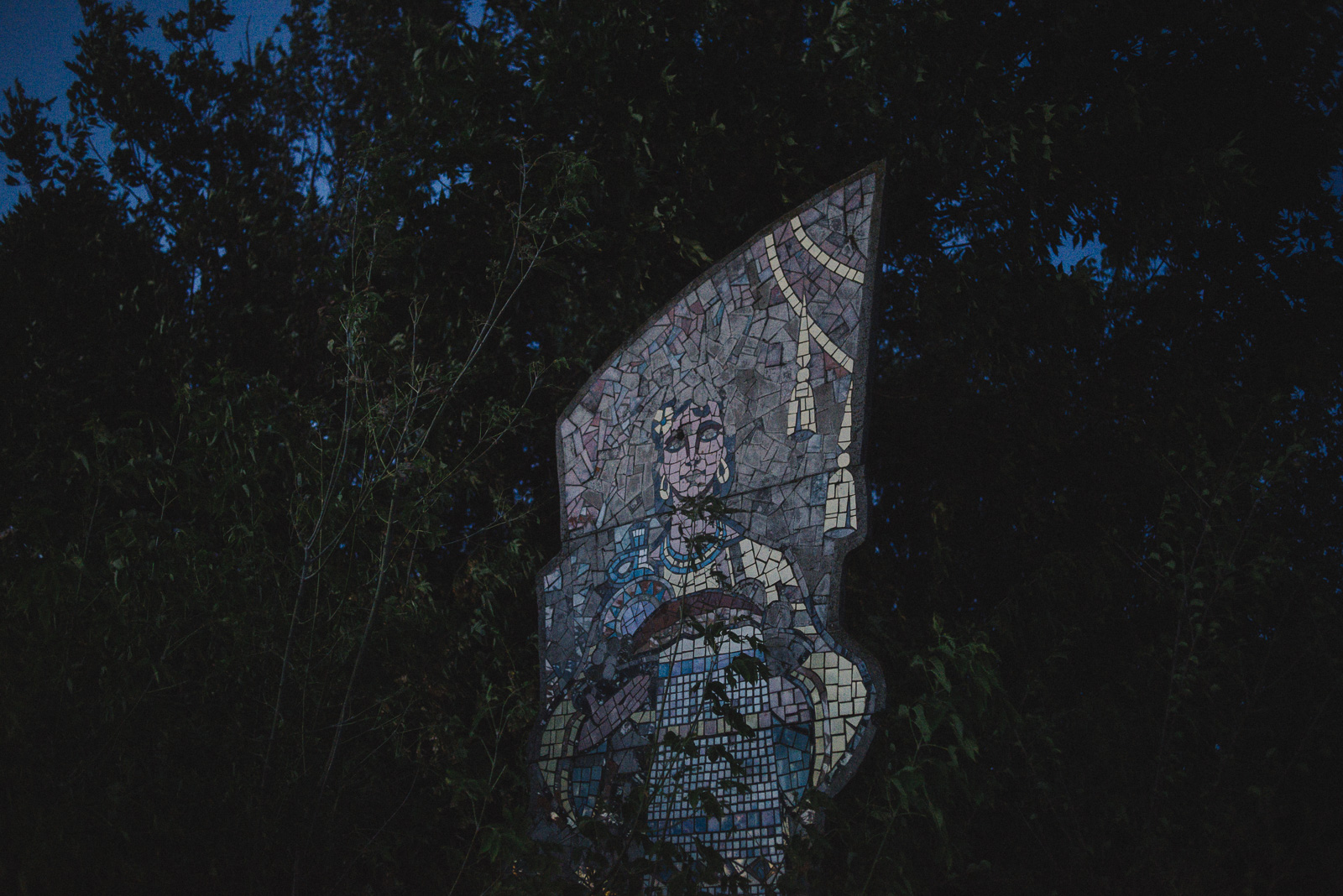 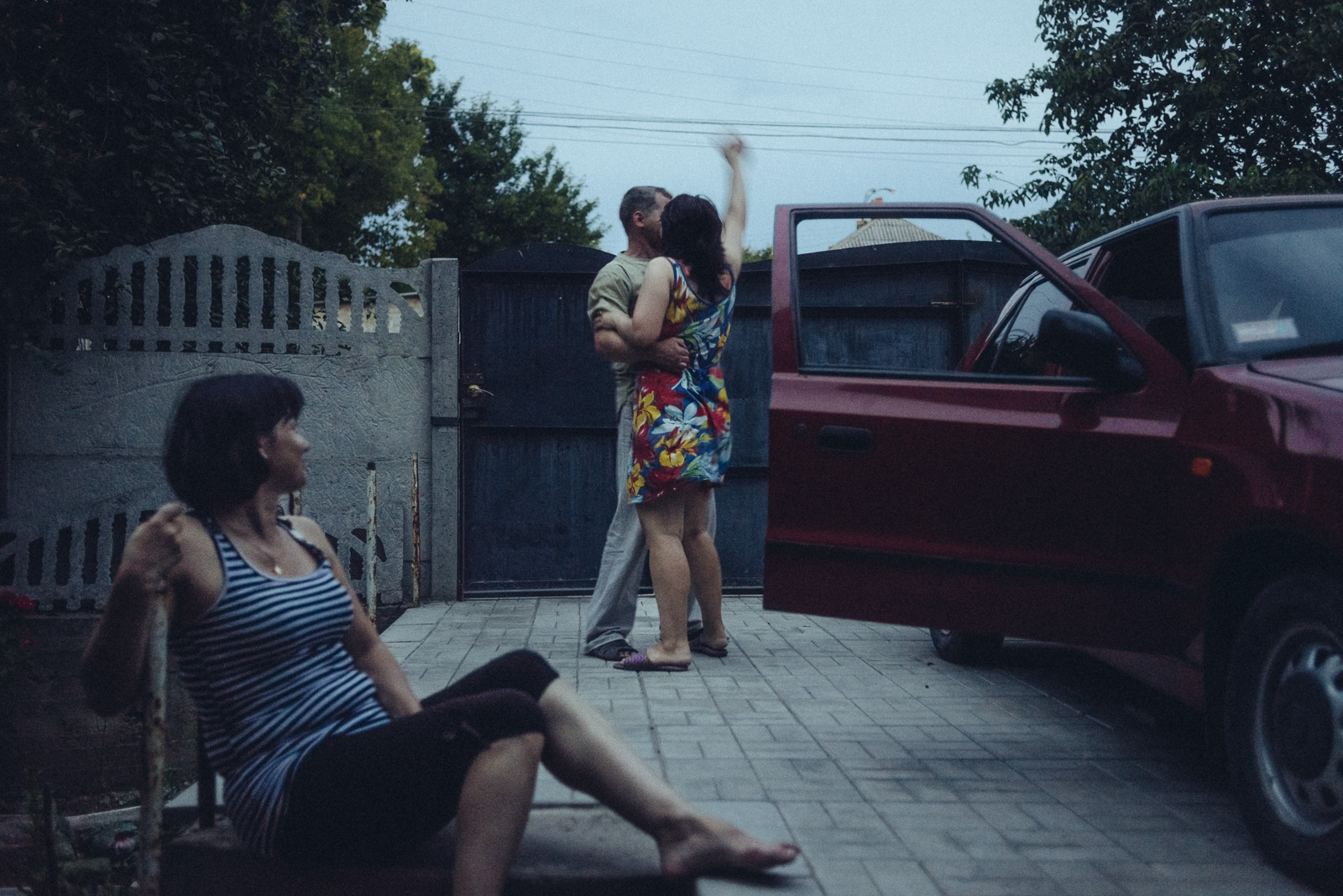 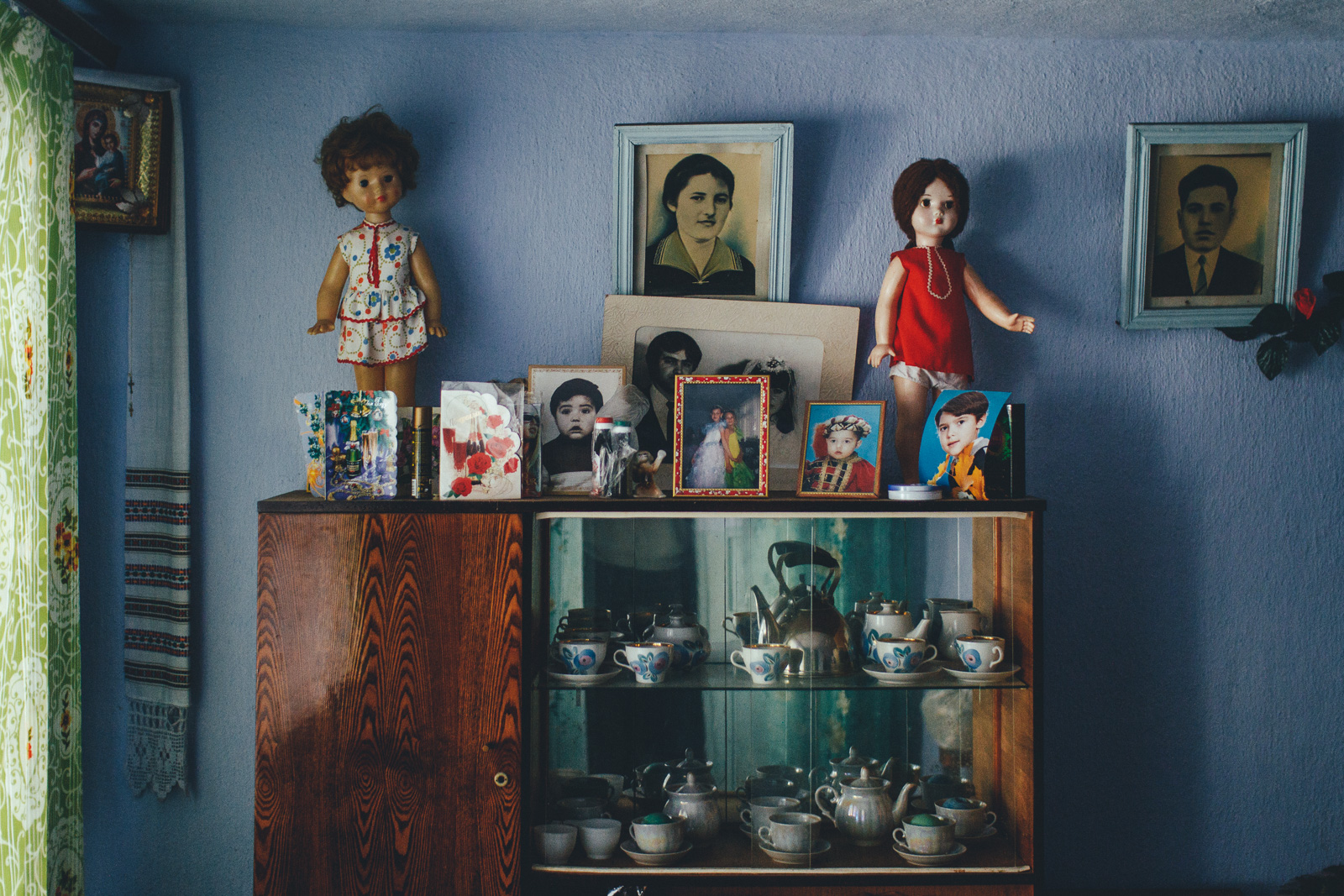 Part of Casa Mare, a specific room in each house where villagers keep their most precious objects and memories. Photo by Ramin Mazur.

“Photos should send a message”

What do you do now?
I am trying to document the reality and time of transition we live in. I try to communicate issues and problems through photography. For instance, I am participating in different projects to document people with disabilities. I am also doing work with prisoners and the prisonsystem.

You want to create photos not just as an art form, but as something that sends a message?
That’s what I think art is all about: Sending a message. My background from the paper and my studies in journalism really helped: Keeping this deontological codex in my head – a sense of duty – and think about what I am taking the picture for. Exposing something? Helping people?

“If you look like a tourist, you won’t get in trouble”

What’s the situation in Transnistria like these days?
On the surface, you can see the same things in Transnistria that exist in Moldova. People have internet, people like coffee, and so on… but once you start taking pictures, you recognize that the Soviet mentality is still there. You cannot easily take pictures in the capital, Tiraspol: When you do, people ask you what you are doing it for. But when you explain that you are a tourist and look like a tourist, or convincing them you are, you have no problem. It’s much harder for people who live there and have relatives there, because they can be jailed.

That sounds decidedly like the Soviet Union.
There is actually a sense of nostalgia among the old people who never leave the country. It’s the same kind of Soviet nostalgia in Moldova, Ukraine, and probably even Estonia. But meanwhile, young people are leaving in droves, because there are no jobs.

People in Moldova, Ukraine, or others live in states that have moved on. Whereas Transnistria, at least on paper, is still Socialist.
But it isn’t! The country has barbarian capitalism – a few people have all the power. There is one company called Sheriff that runs most things. The only thing that has remained from that “Socialism” is the Soviet mentality. 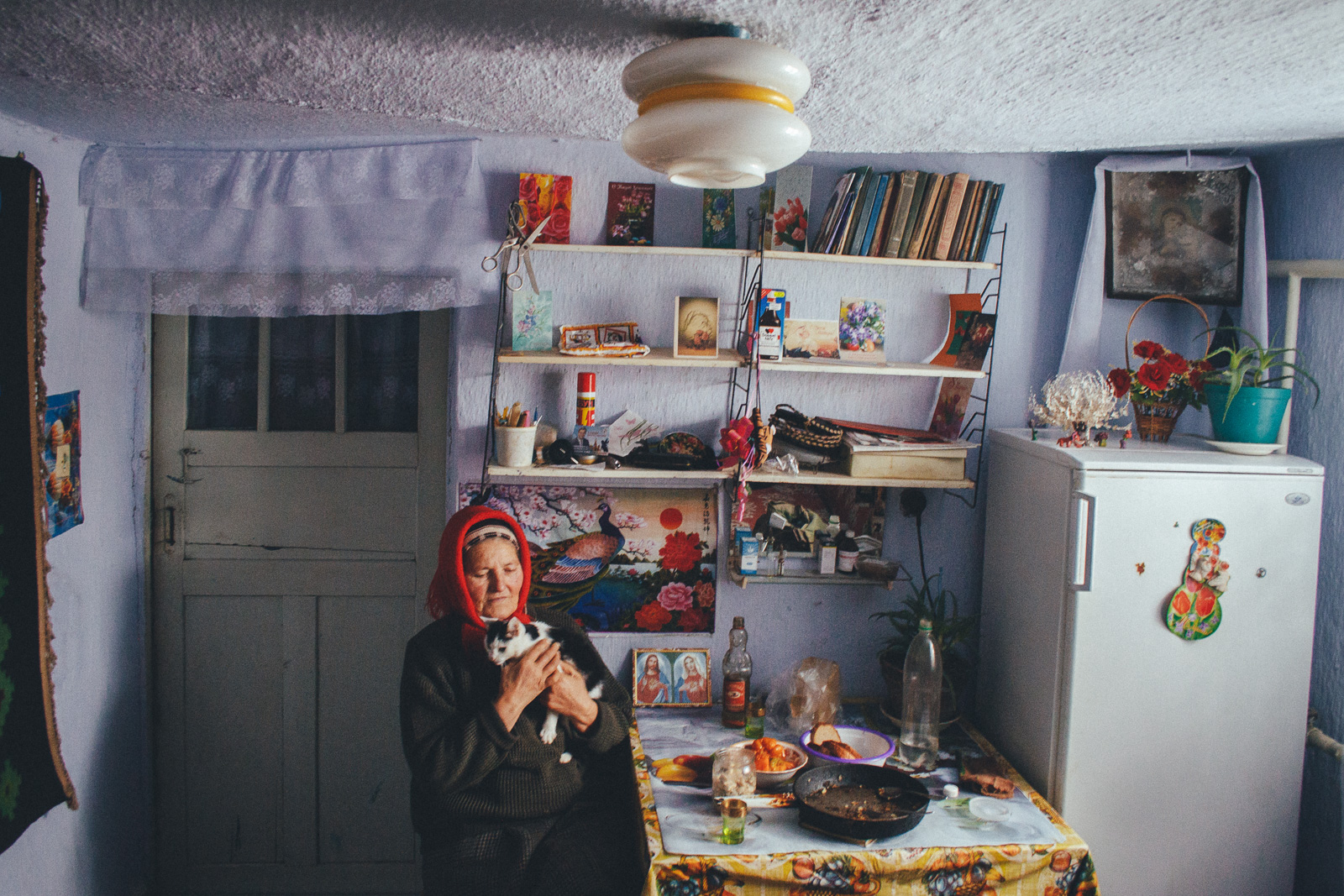 Maria Yakimovna, villager of Ghidirim. She is a widow and has lived alone for past 15 years, trying to somehow help her daughters and grandchildren. Although they ask her to not do that and rest more, it is hard for her to stop, having been honored “Hero of Labour” twice.Photo by Ramin Mazur. 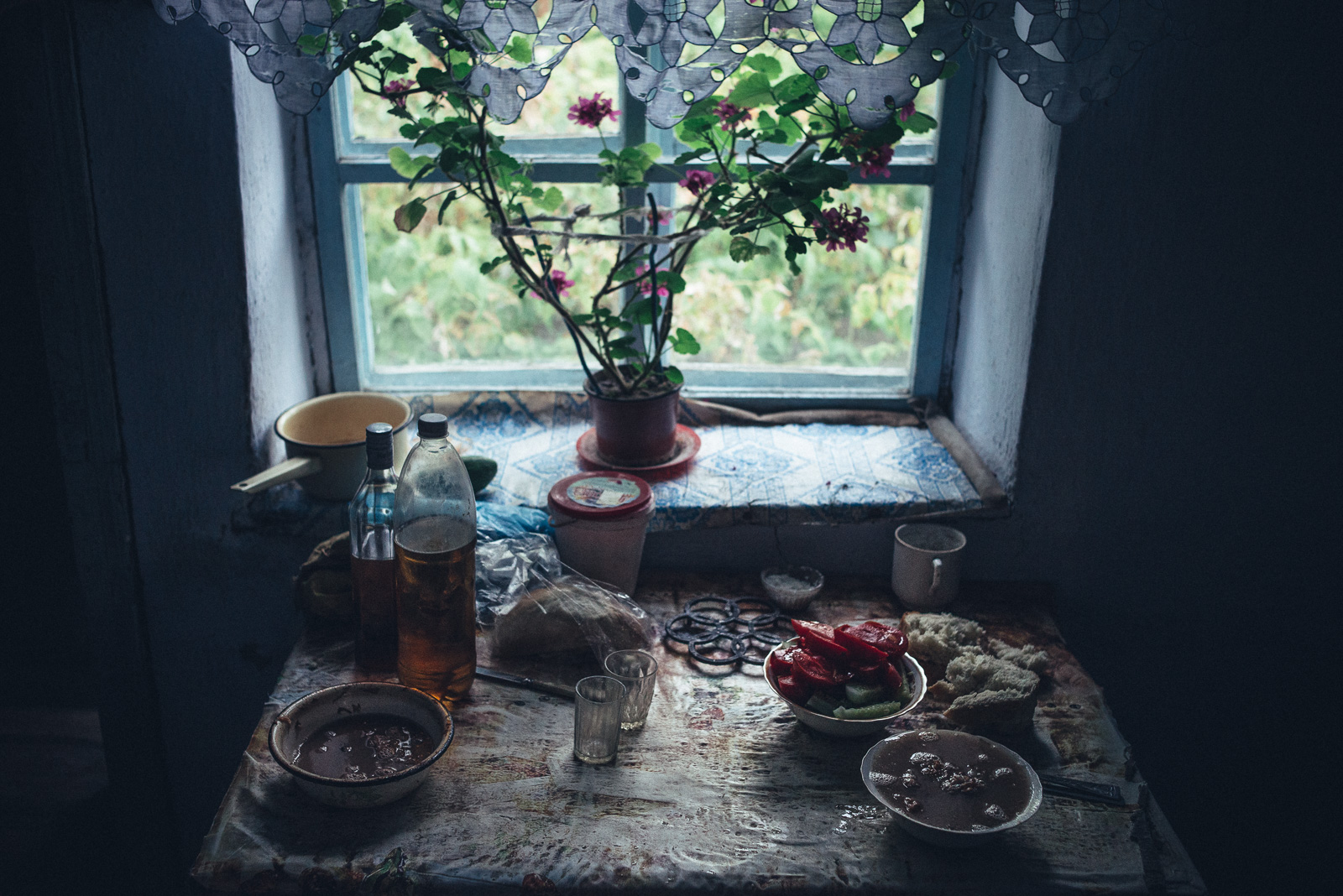 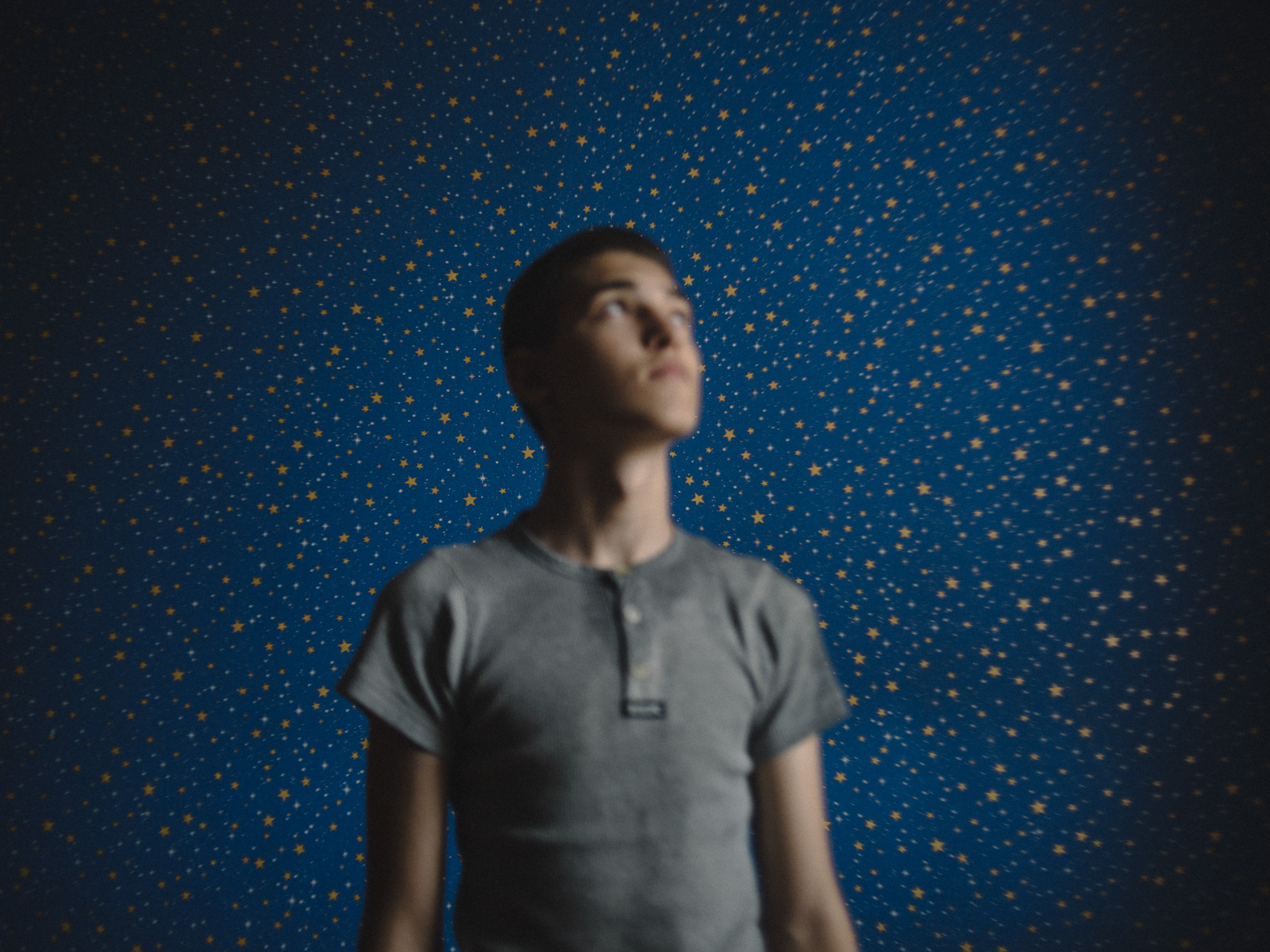 How does the mentality express itself?
Governors do their best for a while,until the electorate notices they are jerks and elect a newjerk. But between those elections, peopledon’t think about the state at all. In the Soviet times, you just went to work and then went home. Meanwhile, the party secretariat made the plans for the country. The threat, of course, is that nobody thinks about the state and how it functions.

Your photos mostly leave out the Soviet-style monuments and focus instead on everyday lives of the people there.
A year after beginning with photography, I first started thinking about doing a series on Transnistria. I didn’t yet know that Jonas Bendiksen from Magnumhad done a series there. The more I discovered, the more I realized that my first images weren’t all that different. And after the Maidan protests in Ukraine, there was a lot of interest in Transnistria – foreigners came there to do projects, to compare it to the conflict in Ukraine. At some point I didn’t like that much attention but then I realised that I’m doing it wrong, don’t add anything and just spreading the same cliche about this region…

“I take pictures to reclaim my memories”

How did you approach taking photos then?
I do not have a lot of memories from my childhood in Transnistria. I am sure they are blocked somehow, saved up in the back of my head. So I took my camera and tried to take pictures that would reclaim those memories: Reconstruct them by showing Transnistria and in the way I saw it, and with the mood it always had to me.

How did you go about that?
I showed many personal things: My family, my grandmother, things that harp back to my memories through a visual language. And now I am trying to continue. My cousin is 19 years old, and it’s quite symbolic for me to see what decisions she will make. In a way, I am showing her as me: The kinds of choices she has, the problems she encounters … and whether she will stay or leave. For my project, I even changed the name of the country: Calling it “Left Bank” because Transnistria was formed on the left bank of Dniester river and is constantly being left by people who want a decent life and live it on a bigger scale than what’s possible in Moldova.

“More than anything, I just want some status”

How often do you go to Transnistria?
I live in Chisinau, the Moldovan capital, so it’s not far: Transnistria is just two hours away. I try not to go too often, though. I take a few pictures during the weekend and then come back. I am not forcing the project but letting it happen: I have another cousin who is 15 and I am going to start photographing him, too.

The Transnistrian conflict is ongoing – do you think it will ever be resolved?
To resolve the issue, the Moldovans would even give that part of their country away at this point. There aren’t any negotiations, so the conflict is just a circus – and it stops the country from progressing. The political class on both banks benefits from the fighting, but people suffer and no one tries to initiate a real dialogue. It seems like the conflict is frozen and people are friendly to each other on both banks but if you start pressing them for a solution, it can turn into an unreasonable fight. I would adore for the country tobe united again, but more than anything, I would like just some status – not this one. 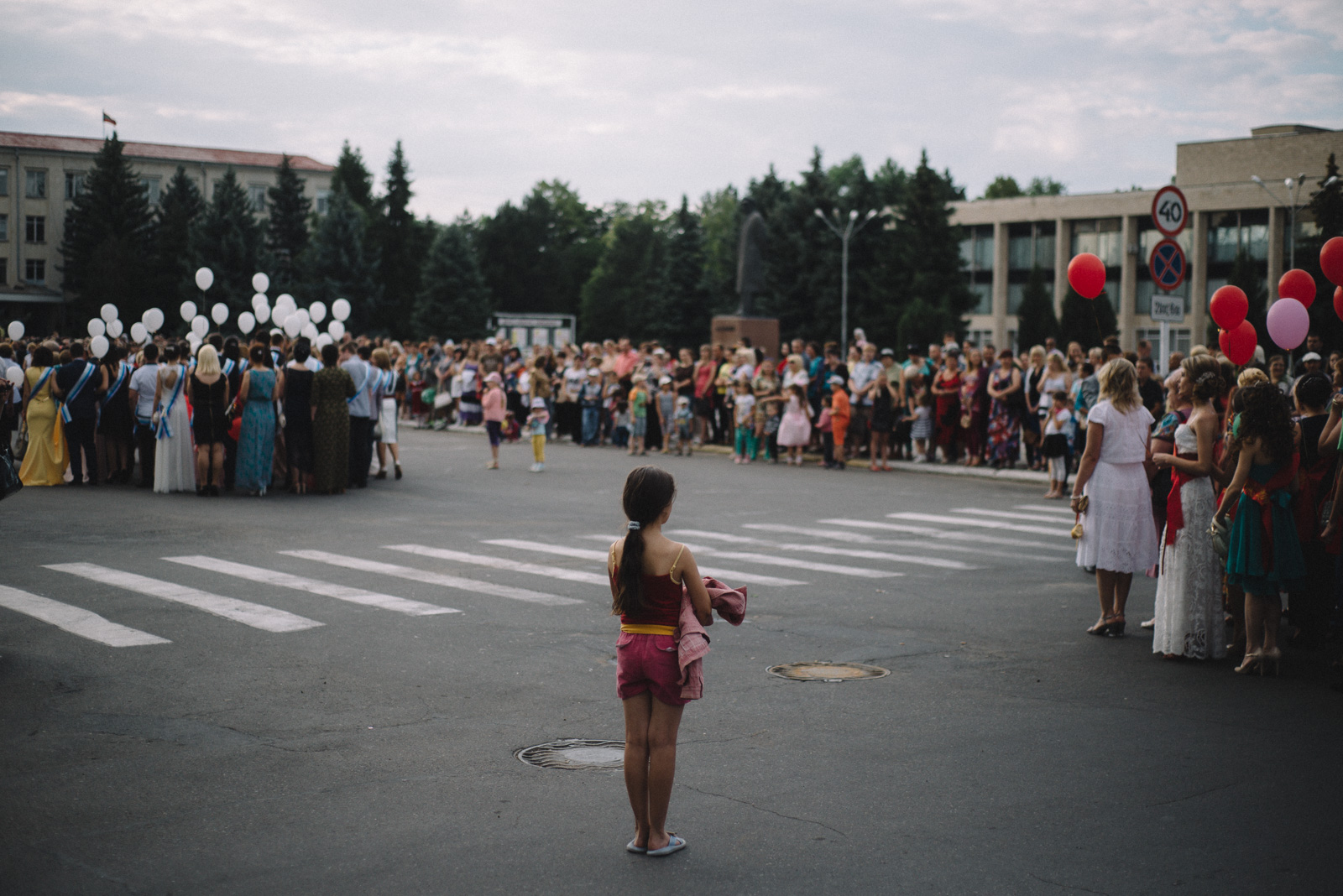 Girl standing in central square of Ribnita during a public outing. Photo by Ramin Mazur. 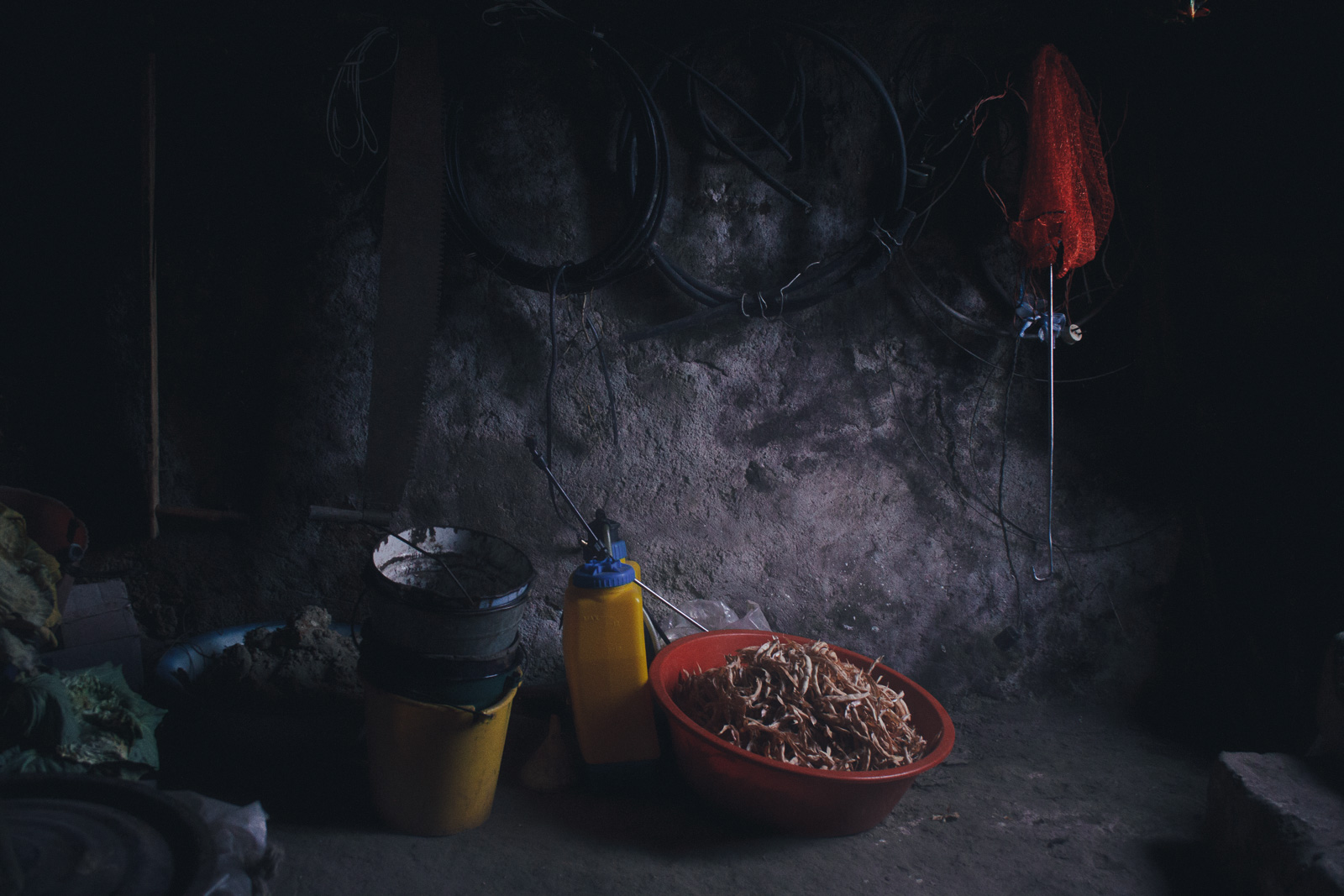 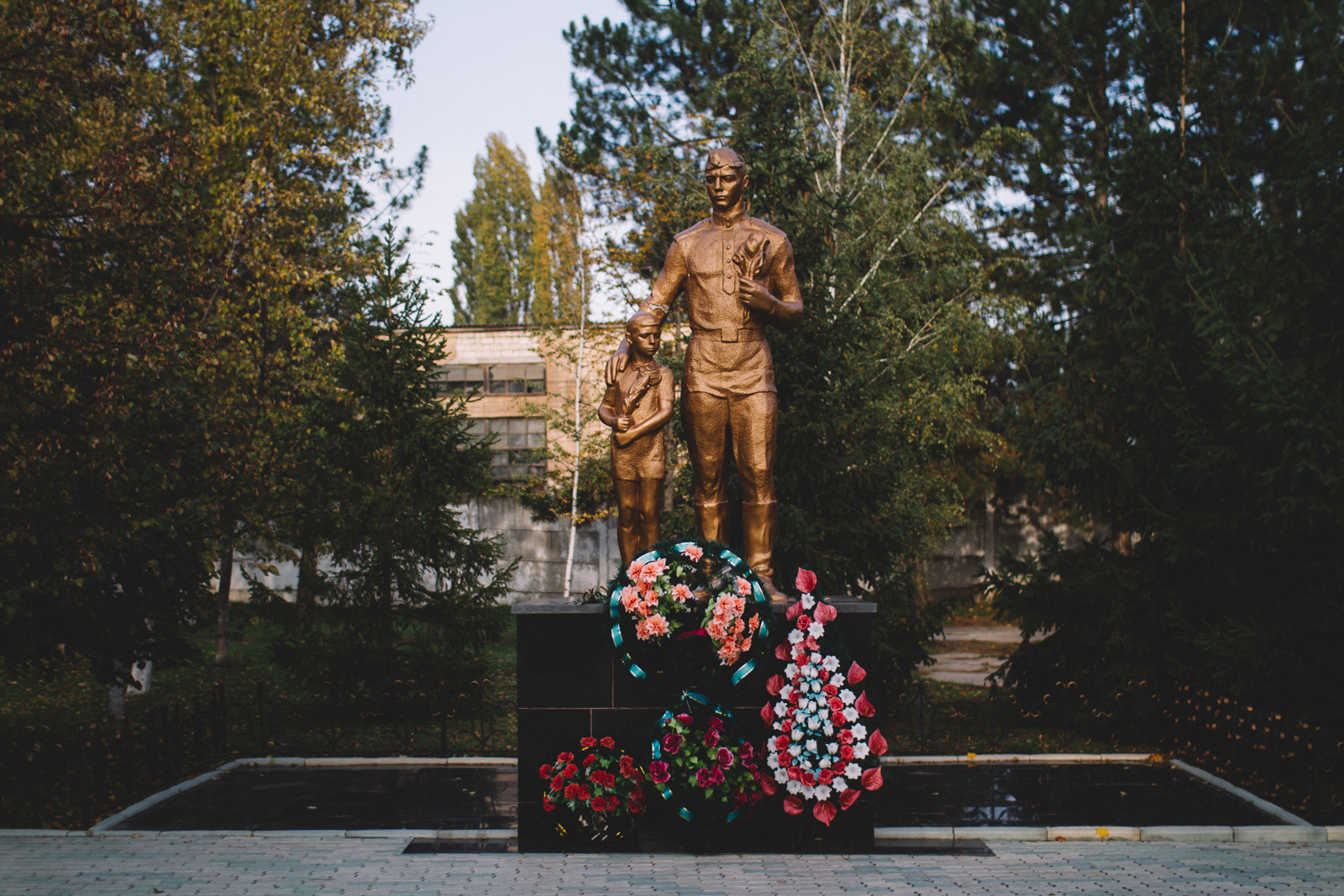 Ramin was born on the Dniester left bank of Moldavian Soviet Republic, which became an unrecognized state of Transnistria after 1991. After graduating from the Journalism Department atMoldavian State University in Chisinau, he beganworking with different outletsin his country as photo reporter. The media’s lack of understanding what photojournalism actually is led him to start working on his independent projects. After attending the Human Rights and Photography Magnum Foundation Scholarship he focused mostly on independent storytelling, based on observations of his own and nearby countries in their transition time.

To see more of Ramin’s work, check out his website.