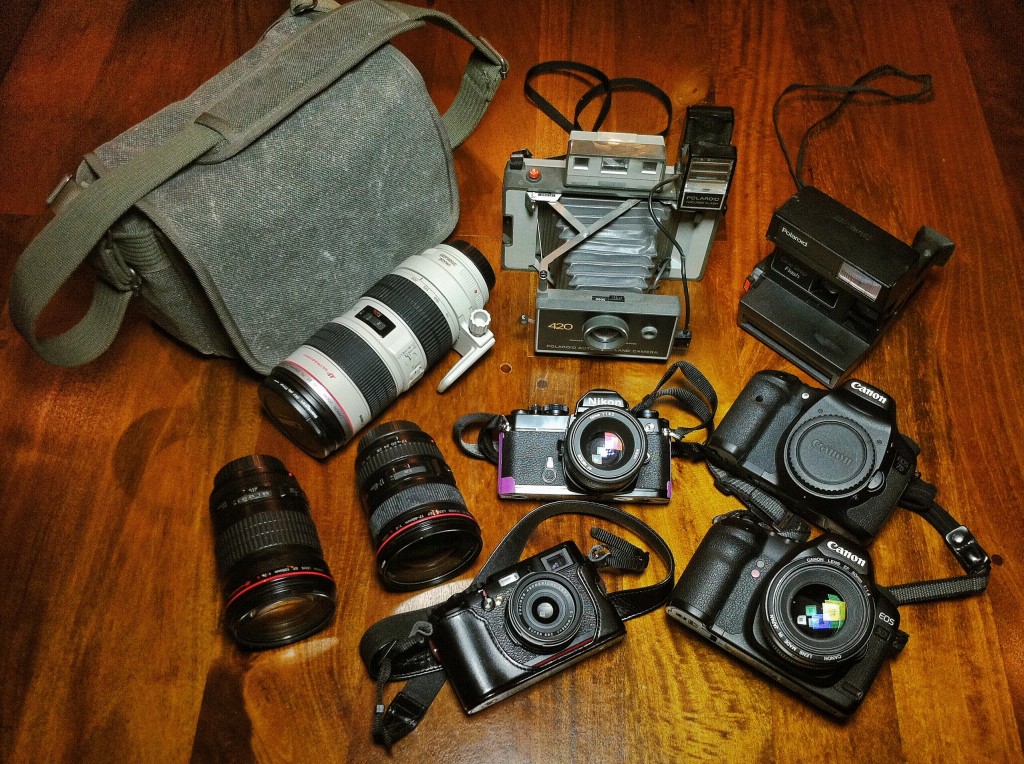 Welcome to a new feature on the EyeEm Blog! Here we explore what’s inside the bags of some of our most talented community members. We’re kicking it off with NYC-based Jordan Cortese.

Welcome to a new feature on the EyeEm Blog! Here we explore what’s inside the bags of some of our most talented community members. We’re kicking it off with NYC-based Jordan Cortese.

What’s in your bag, Jordan?

So from left to right let me first list the stuff I bring with me when I go out and shoot (of course not all at the same time). The bag I use most of the time is aThinkTank Camera Bag.

Cameras(starting on the top left):

So while there’s a good chunk of gear I of course don’t use it all at the same time. The DSLRs stay home most of the time and get used mostly for my paid work where I simply need the flexibility and resolution. My father is also a photographer so most of the DSLR stuff is actually his purchases but we both chip in with gear and share the equipment which works out nice. The other cameras though each are special and unique. 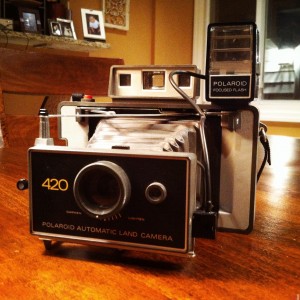 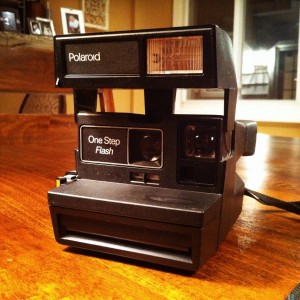 The Polaroids were gifts from friends of mine. One was just given to me and the other I got as a secret Santa gift from my co-worker. She had always heard me talk about polaroids and that I always wanted one, so she went hunting and found one at a garage sale. I’ve always loved the look of Polaroids and fortunately they both are in good shape and work. The film is expensive so I don’t always shoot with them but when I do it’s always fun. 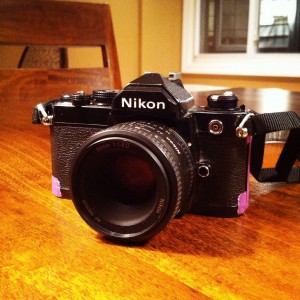 The Nikon FM 35mm film camera I inherited from my grandfather. It’s in great shape and a camera I really enjoy shooting with. It was his camera for a long time and its a great feeling to keep it being used instead of hanging it up somewhere. I’m a big proponent for film and really hope it lives on.

The experience of shooting film is something I feel every photog should do at least once in their life. I could go into the whole discipline thing of film but that’s not the point. Go out and burn through a whole bunch of rolls and just enjoy the experience of not looking at a screen so much and get back to taking photos.

Whenever I go and shoot with it it always draws attention but positive attention actually. People surprisingly are fascinated by the fact that I’m still shooting film so especially with street photography they feel a little less threatened. I’ve gotten tougher shots on the street with my film camera then anything digital funny enough. 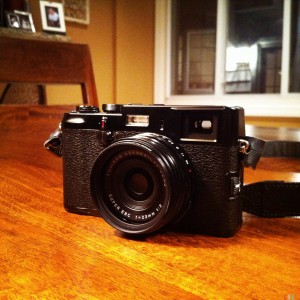 The Fujifilm X100 is the camera I currently keep on me about 95% of the time along with my iPhone. It’s simply an amazing camera. The form factor, size, image quality, etc is just phenomenal. It’s a perfect street camera and I can take it anywhere. I’m always looking to carry less gear and this camera has certainly made me carry less. People look at it and think its a Leica to which I happily respond “nope”. They think its an old camera so like my film camera they’re less threatened, and the shutter is dead silent. Impossible with DSLRs. 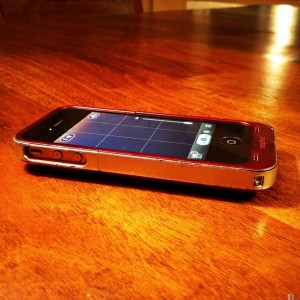 And last but not least my trusty iPhone 4. In regards to the apps “in my bag” I’ve stripped down quite a bit. I shoot through ProCamera unless its Hipstamatic. Still a fan of Hipstamatic and that John S lens with the black keys super grain film. The apps I mainly use for post processing work are Snapseed, VSCO, Crossprocess and Blender. Either one or a combination of them.

So what’s in your bag? Let us know in the comments below and you might get featured on our blog really soon.