The Power of the Still Image. An Interview with Ed Kashi 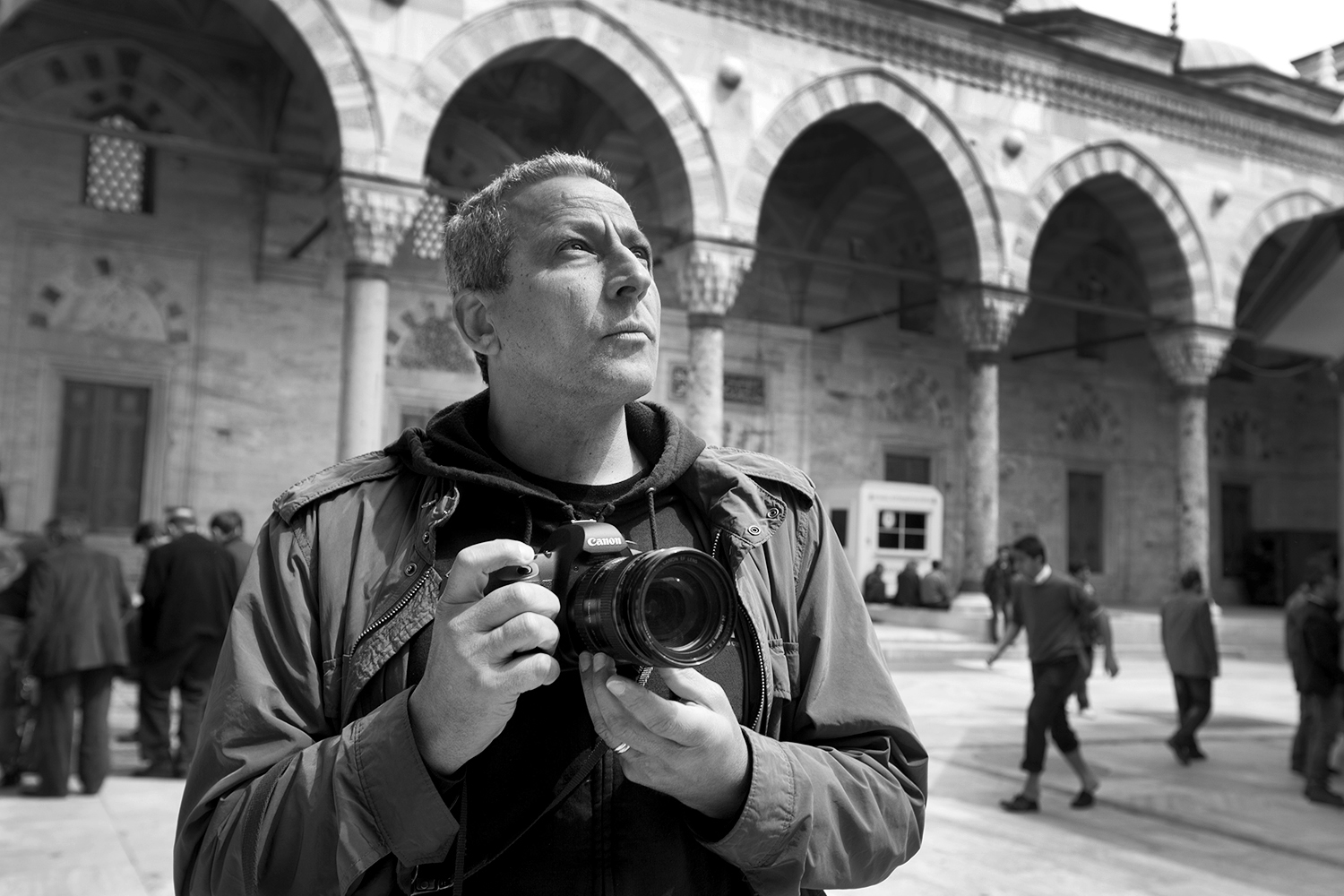 Ed Kashi is one of the world’s most prominent sociopolitical photojournalists with whom we recently had the chance to chat about some of his current projects and inspirations.

Ed Kashi is one of the world’s most prominent sociopolitical photojournalists. With a slew of awards under his arm, not least of which was UNICEF’s Photo of the Year 2010, he works tirelessly to draw international attention to issues happening around the world. Having captured situations from Northern Ireland to Nicaragua, his search for powerful images has taken him to some of the most dangerous places on earth.

Our current Your Photo For Social Change by PhotoPhilanthropy mission is offering one lucky winner a chance not only to be featured at the PhotoPhilanthropy Activist Awards ceremony on March 8, but also to receive a personal photo essay critique from Ed Kashi. Ahead of this, we were delighted to have a chance to chat with him about some of his current projects and inspirations.

Where did it all begin? What inspired you to take photographs about issues and challenges around the world?

I came of age during a time where politics, culture and important social issues all collided and blended into one. I also discovered storytelling in high school. The two came together perfectly as I fell in love with photography and found my voice and vision in the medium of visual storytelling.

I am inspired by issues both domestic and geopolitical, that reflect the difficult and challenging conditions of my lifetime. Using photography, filmmaking and journalism for me is a way to learn about these issues and try to raise awareness and promote change.

You have shot some incredible projects dealing with all sorts of different causes. How do you choose which cause you get involved with?

I find my projects through a combination of what touches me personally and from commissions and opportunities that open me up to issues I would otherwise not have been able to work on.

One of your most recent projects deals with the civil war in Syria and young Syrian refugees who see their homeland collapse. Please tell us more about the project.

I had wanted to go for many months to produce a film about the plight of young Syrian refugees and was able to work with the International Medical Corps, who work intimately on the issue of mental health among Syrian youth.

Fortunately, I was able to go to Iraq and Jordan with their support to do the reporting and produce this film. I have been to Syria many times since 1991, and it’s soul destroying to see what’s happening to that country and its youth. This film is an attempt to raise awareness of the innocent victims of this conflict.

Your subjects are often experiencing extreme hardship and deprivation. The potential power of a photograph is huge, but dramatically different from the material needs of these people right now. How do you explain the importance of your work to these people?

Sometimes it’s impossible to make people understand. I have come to realize that often what these folks need is tangible help and support, not the vague promise that their story will somehow bring relief.

But I have learned to work in a respectful, dignified and gentle way, so at least the interchange and collaborations with my subjects leave them feeling like they were not ripped off by allowing me into their lives. This is a very tricky equation, one I’m more and more cognizant of.

That’s why it’s so important to be clear on my mission and purpose. And I continue to believe in the power of visual storytelling to make a difference.

You have recently worked on a project about immigrants in The Netherlands, France and the UK, choosing portrait photography and interviews as a means to tell the story. What were the stories you encountered?

I encountered a British policeman whose family was from the Caribbean, but when he’s out of uniform he is stopped and questioned by the police, a Senegalese man living in Paris who was elected to the city council but coming home from the night of his election victory he was stopped, thrown on the ground and questioned like a criminal, a Moroccan man in Holland who is constantly hassled by the police and a Jamaican mom who works for the London School of Economics and her teenage son has been stopped so many times by the police he doesn’t want to leave the house anymore.

What all these stories, there were 36 in all, showed us is that these tactics alienate and make them enemies of the state instead of integrating them into the fabric of society. While we all want terrorism and criminality to be stopped, is it worth the price of creating such discontent and potentially even greater societal problems?

Your photos are incredibly raw and close to the subject, telling stories of very severe causes and situations. Have you ever had any difficult moments, or been too close to the action? Is it sometimes difficult to deal with these situations emotionally?

I have absorbed much pain and suffering, and witnessed violence and the neglect of a world where the poor suffer greatly. The collective feeling resonates deeply inside of me, informing my daily life.

While I’ve had some close calls, particularly in Iraq and Nigeria, given the deaths and maiming of my colleagues in recent years, my close calls are somehow irrelevant in the grand scheme of things. This is the job I’ve chosen to do. I weigh the risks and do what I believe is possible.

Right now you are crowdfunding a campaign to support sugar cane workers in Nicaragua. What do you want to achieve with it and how can we support it?

My goal is to return to Nicaragua to create more images and film the workers, their families and the community to show the world what is going on. I intend to create a short film and expand the photographic body of work I’ve already created to allow for use by NGOs and foundations to advocate for solutions and find the cause of this deadly and growing disease that is killing thousands of sugar cane workers in Nicaragua and also in places like India and Sri Lanka.

What tips would you give to aspiring photographers?

Be ready for a lot of defeat and frustration, you must be passionate and believe in yourself and your work. Create a great body of work that shows a point of view, a vision and personal approach. Own a subject, issue, style, area… distinguish yourself.

And be prepared to work incredibly hard for little money. But if you can make it work, you’ll live a life rich in experience, human engagement and the pure joy of creating and sharing your work.

You have also written articles on iPhoneography and are sharing your photos to social networks. How does mobile/connected photography change the landscape and what does it mean to your work as a visual storyteller?

Mobile photography has expanded our ability to tell stories, create compelling imagery and engage with the world in a new way, where direct contact is possible in real time. While there are deleterious effects on the business of photography, at least in the short term, the joys of creation and engagement are, for the moment, worth it.

The main prize for our current mission Your Photo for Social Change in partnership with PhotoPhilanthropy is a personal photo essay critique by you. What kind of results are you expecting/looking forward to?

I always try to keep an open mind and open heart. I’ll know it when I see it. My hope is to see work that embodies the spirit of creativity mixed with a social conscience.

Thank you Ed for answering our questions!

Do you want to win a personal photo essay critique by Ed Kashi? Take part in Your Photo for Social Changeand get the chance to be featured at this year’s Activist Awards in San Francisco.