The 2018 EyeEm Awards Jury Gives Their Tips for Success 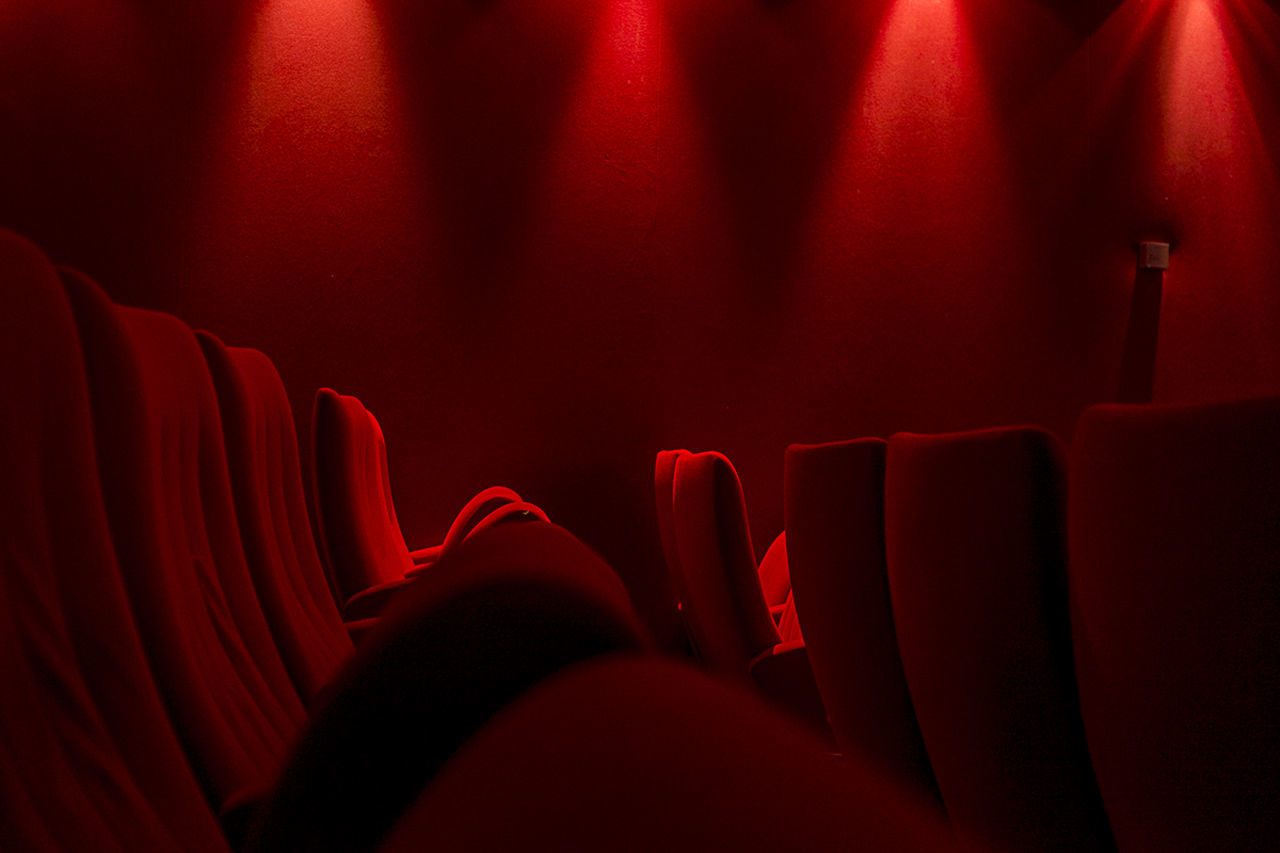 We are pleased to introduce the members of the 2018 EyeEm Awards jury. With only a few days left to enter the awards, we chatted to them about what they're looking for when judging works submitted to this year's EyeEm Awards.

The 2018 EyeEm Awards is still open for entries and will be judged simultaneously in August 2018. This year, nine lucky winners will be selected as well as one Photographer of the Year, who will act as an EyeEm ambassador and representative for the following year. It’s free to enter and you submit your work here for the chance to get exhibited and win a trip to Berlin! 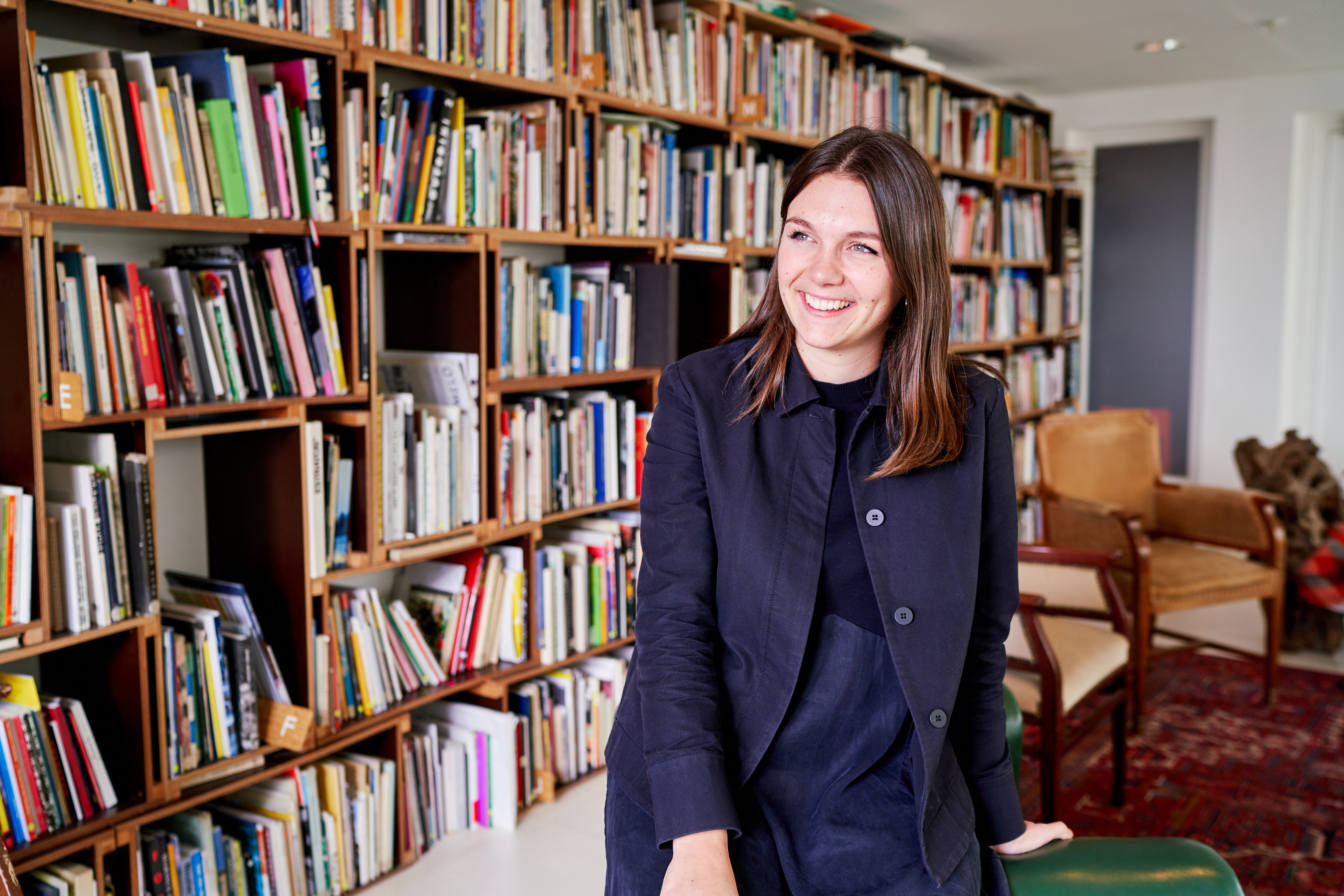 As Photography Director, Lucy has helped establish WeTransfer as a leading content platform with a strong commitment to the wider photography community. Collaborating with names like Ryan McGinley, Ami Vitale and World Press Photo, Lucy has commissioned and curated a number of impressive photographic projects and speaks frequently about the role of photography in digital media today.

“Be creative, think about how to frame a story in an original way.”

Lucy’s tip: Focus on the truth, photojournalism is all about documenting facts. Add Captions, these stories need context more than any other category. Be creative, think about how to frame a story in an original way. 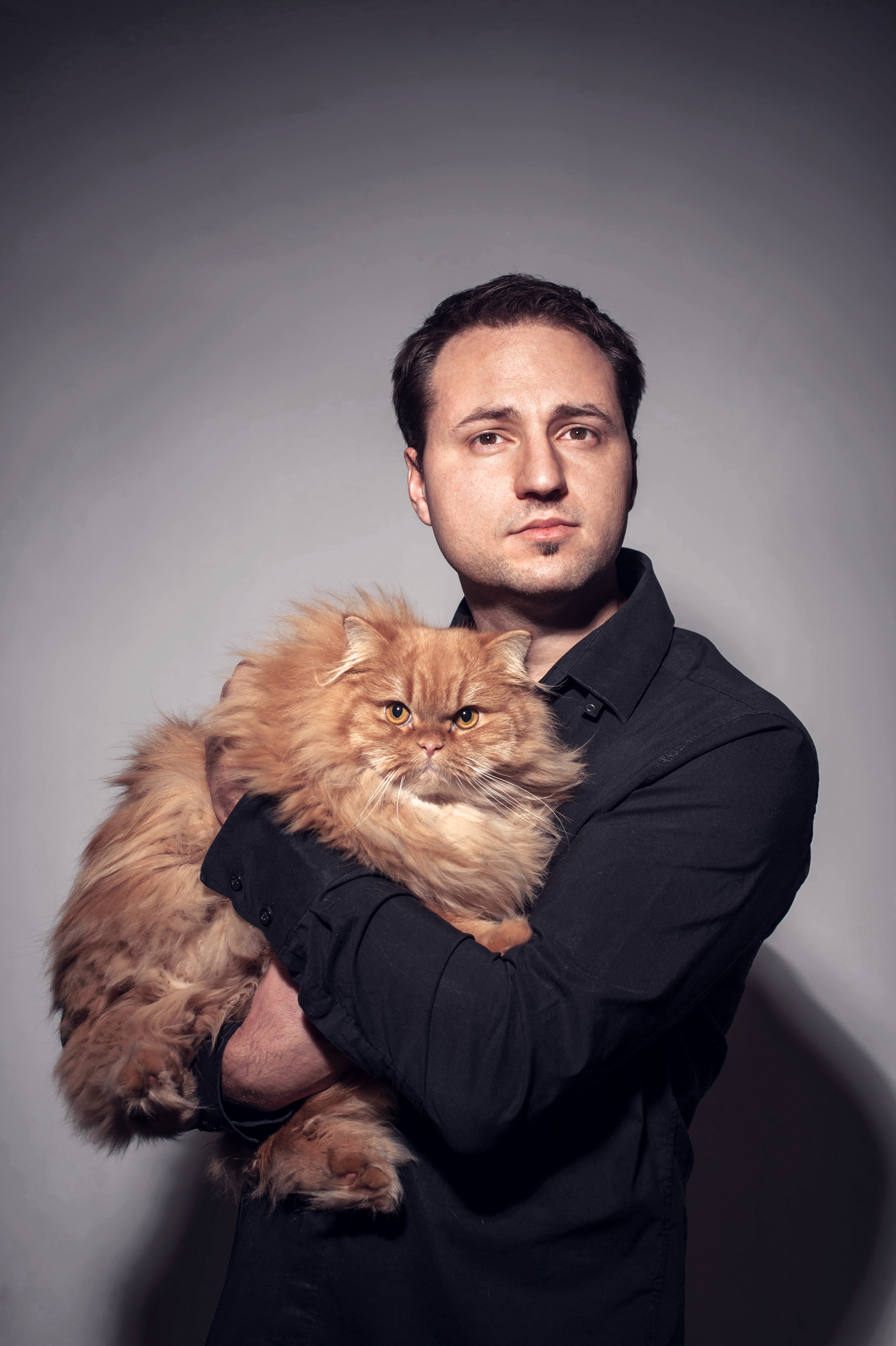 Alain Bieber is the artistic director of the international art and culture institution NRW-Forum Düsseldorf in Germany, the Managing Director of photographic festival Duesseldorf Photo and media art festival META Marathon. Bieber has curated solo and group exhibitions all over Europe, on topics such as post internet art, pop culture, net and media art, political art, gaming and photography. Bieber studied rhetoric, literary sciences, sociology, and communications and political sciences in Tübingen and Paris. Until his appointment, Bieber worked in the cultural department of the European broadcaster ARTE in Strasbourg, and managed the creative laboratory ARTE Creative there. Before that, he was editor of the art magazine ART in Hamburg, and taught as a lecturer at several universities in Germany and France.

“The only rule is that there are no rules.”

Alain’s tip: The only rule is that there are no rules. Do not try to imitate your favorite photographers, try to find your own style, show us something surprising and something with attitude. But most of all: have fun! 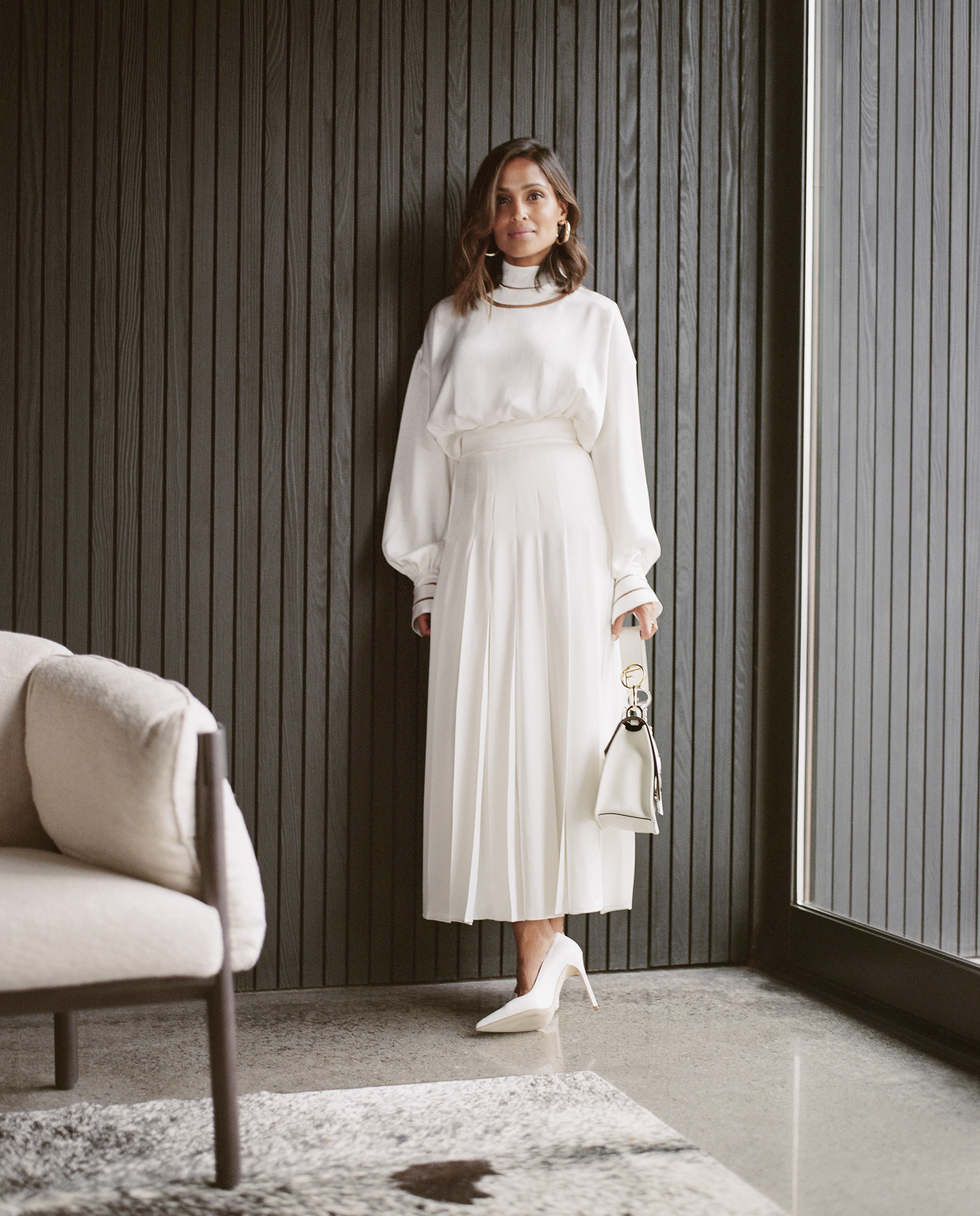 Kinjil Mathur is the Chief Marketing Officer at web publishing platform Squarespace where she leads the company’s world-class marketing and PR teams. Squarespace’s mission is to “empower people with creative ideas to succeed,” and Kinjil sits at the helm of communicating this mission to the world. A Super Bowl with Keanu Reeves, signing a groundbreaking partnership with the New York Knicks, and leading a competition to find the next great podcast host are just a few projects that punctuate her tenure at Squarespace thus far. Previously, Kinjil served as CMO at Foursquare where she successfully repositioned the company’s brand to accelerate growth in both the consumer and enterprise location intelligence businesses. Prior to that, she served as the CMO at Artspace. She holds a bachelor’s degree with Honors from the University of Texas at Austin in Management of Information Systems and Finance.

“I want to feel that wanderlust spirit, of someone who searches far and wide to find inspiration.”

Kinjil’s tip: Travel is all about discovering new people and places on this earth. I want to feel that wanderlust spirit, of someone who searches far and wide to find inspiration, apparent in the photos.

Sasha Dudkina is EyeEm’s 2017 Photographer of the Year. Her photographic style is characterized by intimate glances and by her ability to capture the most fleeting moments. She has developed a very unique style—and affords us a fascinating, first-person view at her home country of Russia through her work.

“In my view, portraits should represent real people, their real emotions and real appearance.”

Sasha’s tip: In my view, catching an interesting moment while shooting people is the same important as catching the moment for a street photographer for example. Shooting portraits may seem a simply thing to do, but it is quite challenging to make a portrait look special and gripping, to capture natural emotions and the surrounding atmosphere at the same time. Personally, I prefer that my photos don’t look too over-posed. I also prefer that my models look the same as in real life, that they don’t wear fashionable clothes or too much make up specially for a photo shoot. In my view, portraits should represent real people, their real emotions and real appearance 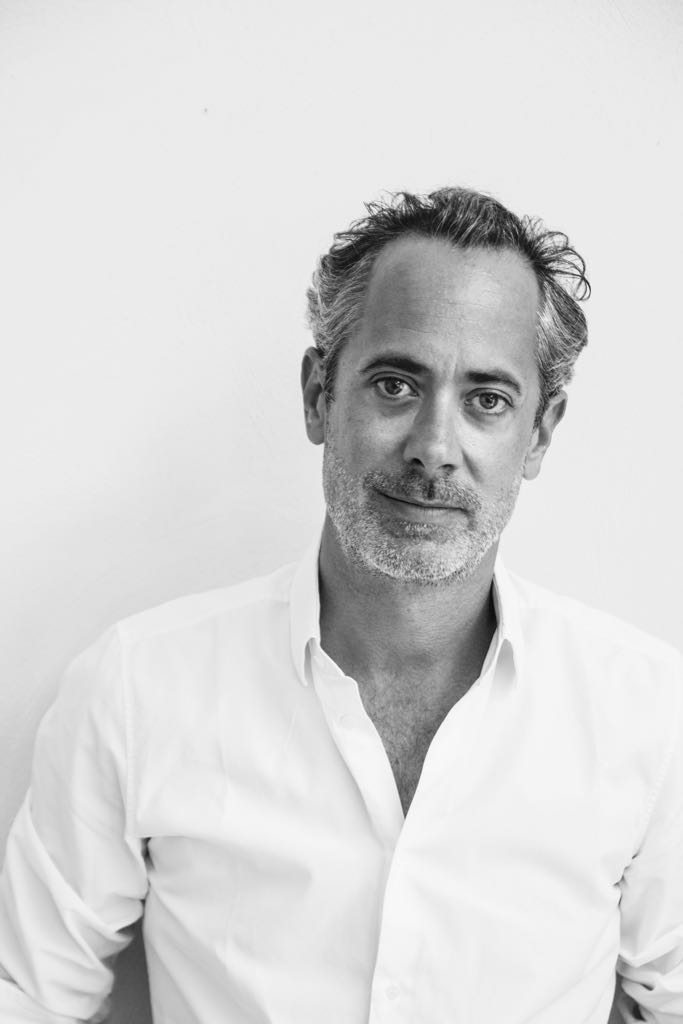 Benjamin Jäger is an international art advisor with the expertise in the art market and relationships within the arts community.After passing his first Staatsexamen in law he became managing director of worldwide renowned photo Gallery Camera Work for more than 10 years, as well as member of the executive board of Camera Work AG, a stock listed company that owns one of the largest photo and photo-book collections. He advises a variety of private collectors and investors and works with contemporary artists, while emphasizing integrity and connoisseurship.

“You should define your own style and signature in your photography.”

Benjamin’s tip: As we are viewing a massive amount of impressive photographs you have to stand out. This is why creativity and your special view is an important part. You should define your own style and signature in your photography or create special emotions through your images to stand out from the rest. 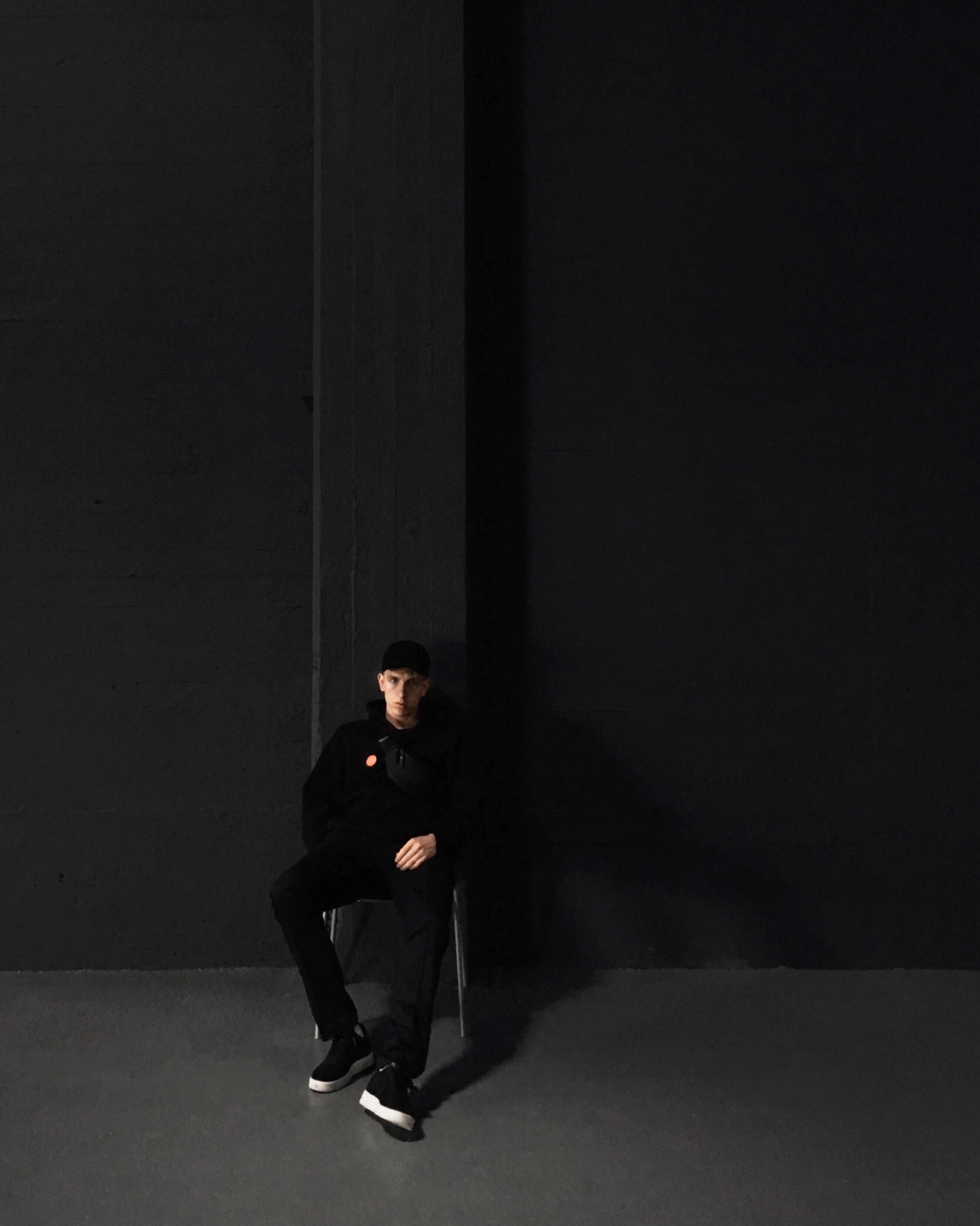 Nik Schulte is a visual artist (under the pseudonym AESTHETNIK) currently based in Berlin. He started his visual journey in New York City, exploring minimalism in a sea of hypersaturation. His signature minimal and clean aesthetic soon caught the eyes of Highsnobiety, where he now heads up as Image Director.

“I’m looking for originality in the photos and the moment of surprise.”

Nik’s tip: I’m fascinated by young talent that already have a certain look to their photos and have developed their own signature aesthetic. I’m looking for originality in the photos and the moment of surprise. I want to see images that make me look a second time, and maybe need a moment to fully understand on what’s going on. 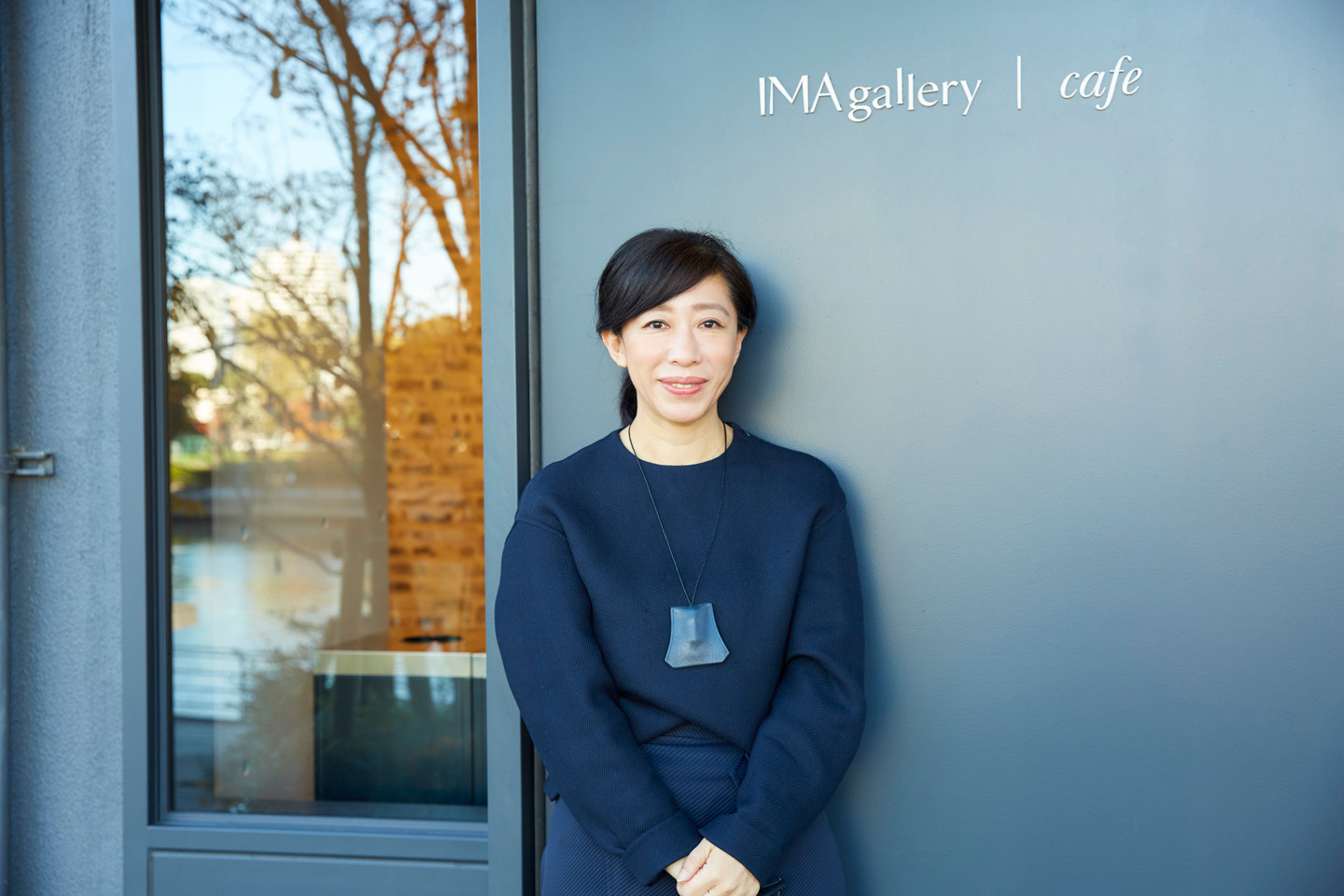 Mutsuko Ota is Editorial Director of IMA magazine. Born in Tokyo, 1968, she started her career as an editor at Marie Claire and worked at several men’s magazines such as Esquire, GQ and others as a feature editor. Besides collaborating with several magazines as a freelance editor, she became involved in various fields including art projects, book and catalogue editing, and film promotion. She became the editorial director of IMA magazine in January 2012. In 2004, she helped produce a physical space called IMA CONCEPT STORE in Tokyo, with the goal of popularizing art photography in Japan.

“Make it something the whole world can connect with.”

Shoot what you like and make sure your own style and creativity fills the image. Make it something the whole world can connect with. 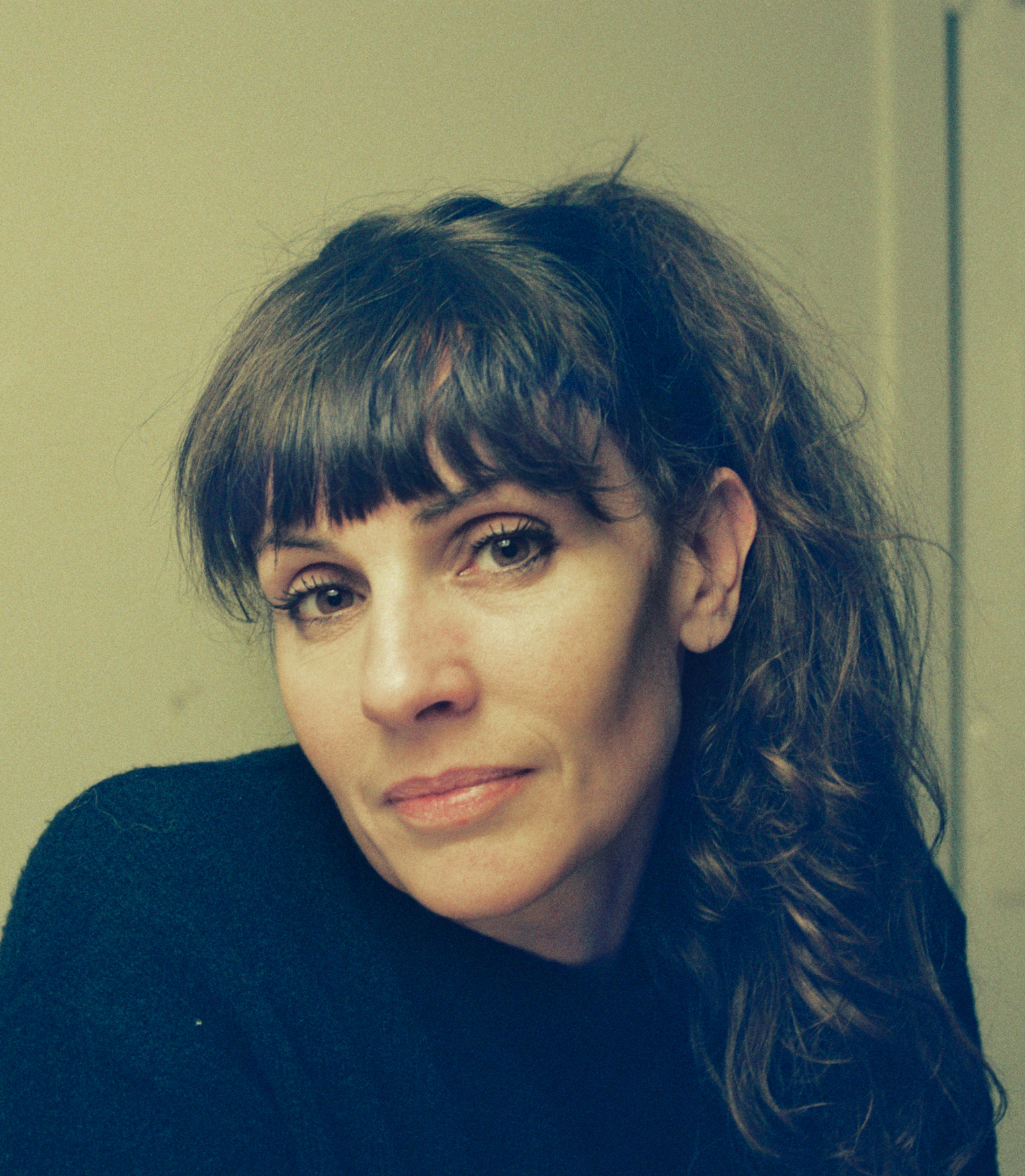 Linda Bournane Engelberth is a Norwegian/Algerian artist based in Oslo and Berlin. She holds an advanced craft certificate in photography and a BA in History of Art. Her work focuses on identity through personal and subjective narratives, as well as rural communities which are in flux. Her most recent exhibition include Die Haus der Photographie, Deichtorhallen, Hamburg, DUMBO Art Festival, New York and Noplace, Oslo, among several other exhibitions in Norway, the US, and Europe. From 2011-2013 she was selected for the Norwegian Journal of Photography, a program supporting ten independent photographers in Norway. Her work was selected for the European Photo Exhibition Award 2014.

“It’s important that the photographer is able to tell stories and look at the world in a new light.”

Photographers that present stories with their own photographic voice and experiment with their approach are the ones I always remember. It’s important that the photographer is able to tell stories and look at the world in a new light. I like photos that make the viewer ask questions instead of giving all the answers right away. I am hoping to see the new voices in photography that are exploring something new, or telling stories that are personally engaging and moving.

Thorsten Fleischhauer is the creative head of the photo desk at FOCUS, one of Germany’s largest weekly news magazines. After his studies of photography, he worked for Westfälische Rundschau and BILD NRW as a freelance photographer, before becoming a photojournalist for BILD. Soon he changed to the other side of the business and took over as the chief photo editor back in NRW for BILD. This step and passion led him to become deputy and later primarily responsible for the photo desk at BILD countrywide. Fleischhauer has taken part as a jury member in several photo competitions such as Perpignan Photo Festival. He also advises and co-curates exhibitions on photographic topics.

Thorsten’s tip: Take pictures with 10 stories in one shot! 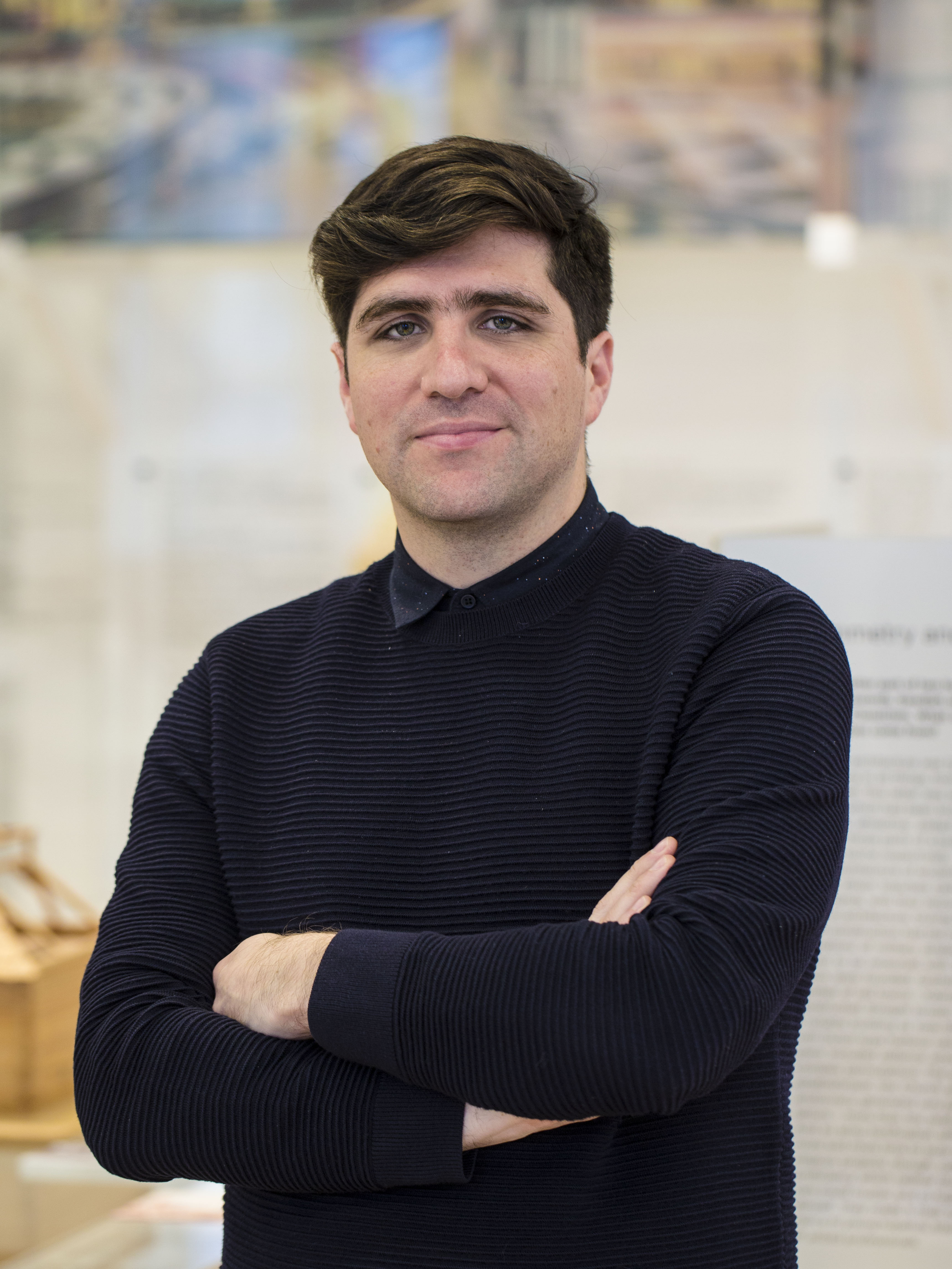 David Basulto is a Graduate Architect from Pontificia Universidad Católica de Chile (2006). Founder and Editor in Chief of ArchDaily, and its global sites in English, Spanish, Portuguese and Chinese. ArchDaily’s mission is “to improve the quality of life of the 3 billion people who live in cities in the next 40 years, by providing inspiration, knowledge, and tools to the architects who fill face this challenge.” He has served as jury for several award, prizes and design competitions in Latin America, North America, Europe, and Asia. Member of the Mies Crown Hall America Prize International Advisory Council in Chicago, and of the Endeavor Foundation in New York.

“Use people to reflect the scale of spaces and how they are used.”

David’s tip: What I’m looking for when judging works submitted to the Architect category, is photos that not only display the building, but the life that happens inside them. To freeze particular moments or use cases. When you photograph, try to use people to reflect the scale of spaces and how they are used. 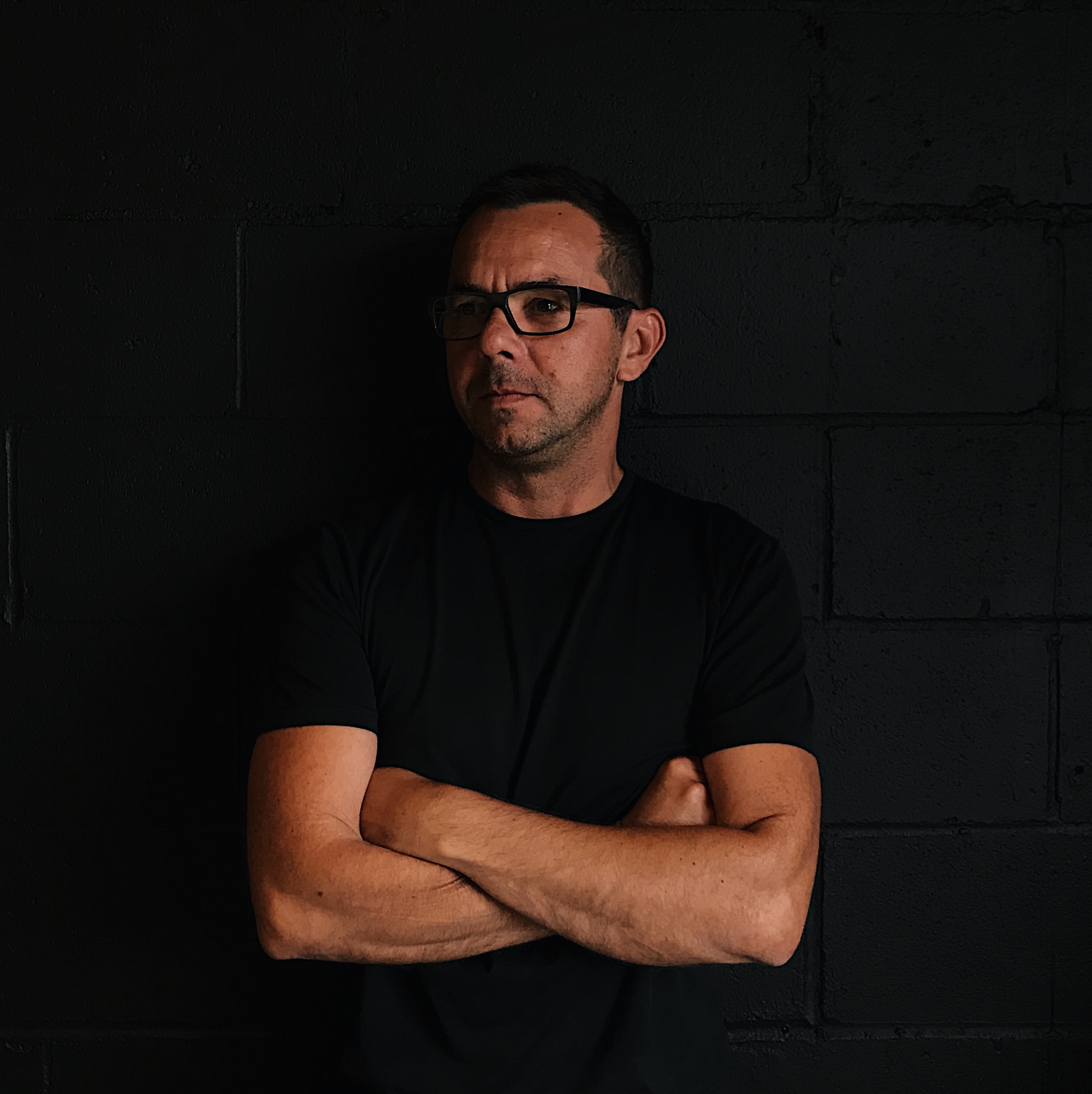 José is the Global Creative Concept & Storytelling Director at Adidas where he works on exploratory creative for the brand. Prior to his role at Adidas, José was the VP Brand Creative Director at Eddie Bauer and Global Concept Creative Director at Nike for over six years where he oversaw Nike Latin America and Electronic Arts, and worked on a variety of projects for the U.S., China and Globally. José co-founded his own agency, Home, in 2001 which merged with Grey just one year later. He also co-founded a mountain biking magazine, BIKE, the Art Director’s Club of Portugal and was a partner of Sneakers Delight, a chain of four sneaker stores in Portugal.

With nine open categories, this year’s EyeEm Awars has something for every photography style. Enter the world’s largest photography contest now for a chance to get discovered, exhibited and win a trip to Berlin! Click here to submit your work.