Not everyone dealing with mental health issues is looking pensively out of windows into the rain...

In June 2022, London’s Southbank was transformed into a gallery for The Last Photo, an exhibition of pictures of people who died by suicide, taken in the few days before their death. The images include a teenager smiling shyly at the camera, a fitness fanatic triumphantly holding up a medal for completing a triathlon, and a glamorous party girl with flowers in her hair.

These are the faces of suicide. This is what mental illness looks like. Yet all too often, stock photography perpetuates the same lazy, unhelpful stereotypes to visually represent this complex and emotive theme. A figure crouches on the floor hugging their knees. A middle-aged man pinches the bridge of his nose with a constipated expression on his face. A woman holds her head. All these models read as white, straight, cisgender, and able-bodied.

As The Last Photo demonstrates so poignantly, you can’t always tell whether someone is experiencing serious mental illness from looking at them. And while this explains visual media’s reliance on cliches in stock imagery, it’s time to do better by our brands and our customers.

Here are some suggestions for avenues to explore in your stock visuals:

Fatigue and other sleep disorders are common side effects of depression and anxiety. The mind affects the body, and vice versa - 95% of serotonin is produced in the gut, so any digestive issues can impact mental health. Representing the mind-body connection in visual media can help destigmatise and normalise mental illness.

While alcohol and substance abuse issues are commonly represented in mental health discourse, tobacco addiction is rarely discussed. According to research, smoking is more prevalent in people with mental health issues than the general population. One study shows that 57%.) of adults who have made one or more suicide attempts are smokers, compared with just 13.5%.) of adults in the general population. While there are restrictions for displaying tobacco products in media, illustration or animation may be an interesting way to adhere to guidelines and explore the reality for many people with mental health issues.

Mental health isn’t always about crisis, in the same way that oral health isn’t always about root canals. It’s about dull, everyday management – brushing your teeth, or taking your meds. 17% of adults in the UK manage their mental health with medication. Trips to the pharmacy, setting timers to remember to take meds, and carrying antidepressants in handbags or stashing them in work drawers are a normal part of the everyday business of managing mental health – let’s show that.

The cliché about talking therapy for individuals, couples, or groups, is that every session includes at least one tearful breakdown. But often it’s a much more subtle process. Illustrations (coming soon to EyeEm) can provide opportunity for some thought-provoking visual metaphors, like this beauty by Ilaria Urbinati. 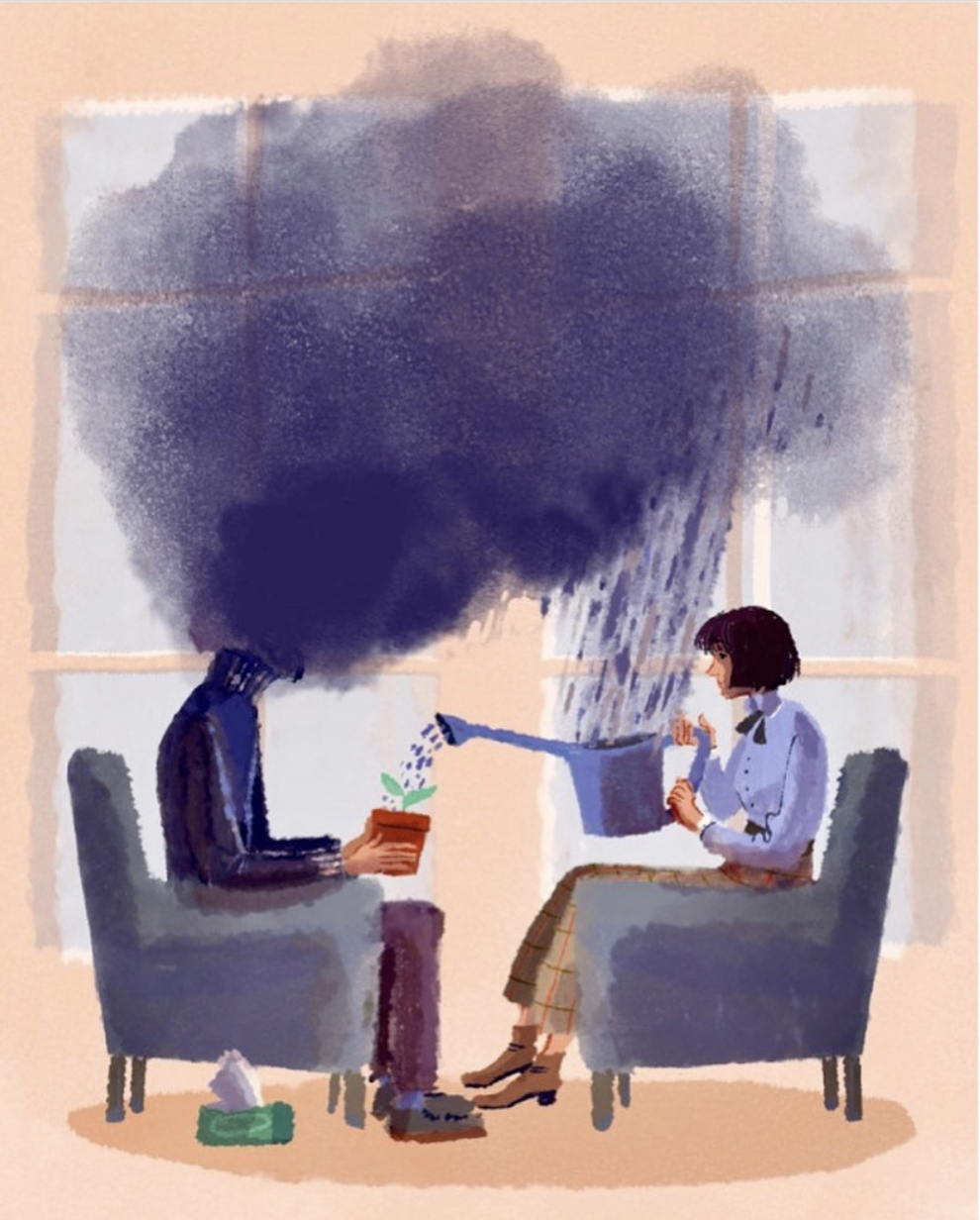 At EyeEm, we’re committed to representing diversity of ethnicity, gender, sexuality in every conversation, and this is particularly important when it comes to mental health, which is disproportionately prevalent in BAME and LGBTQIA+ communities. Find out more about how we can support your brand during World Suicide Prevention Day / Mental Health Awareness Week and beyond.