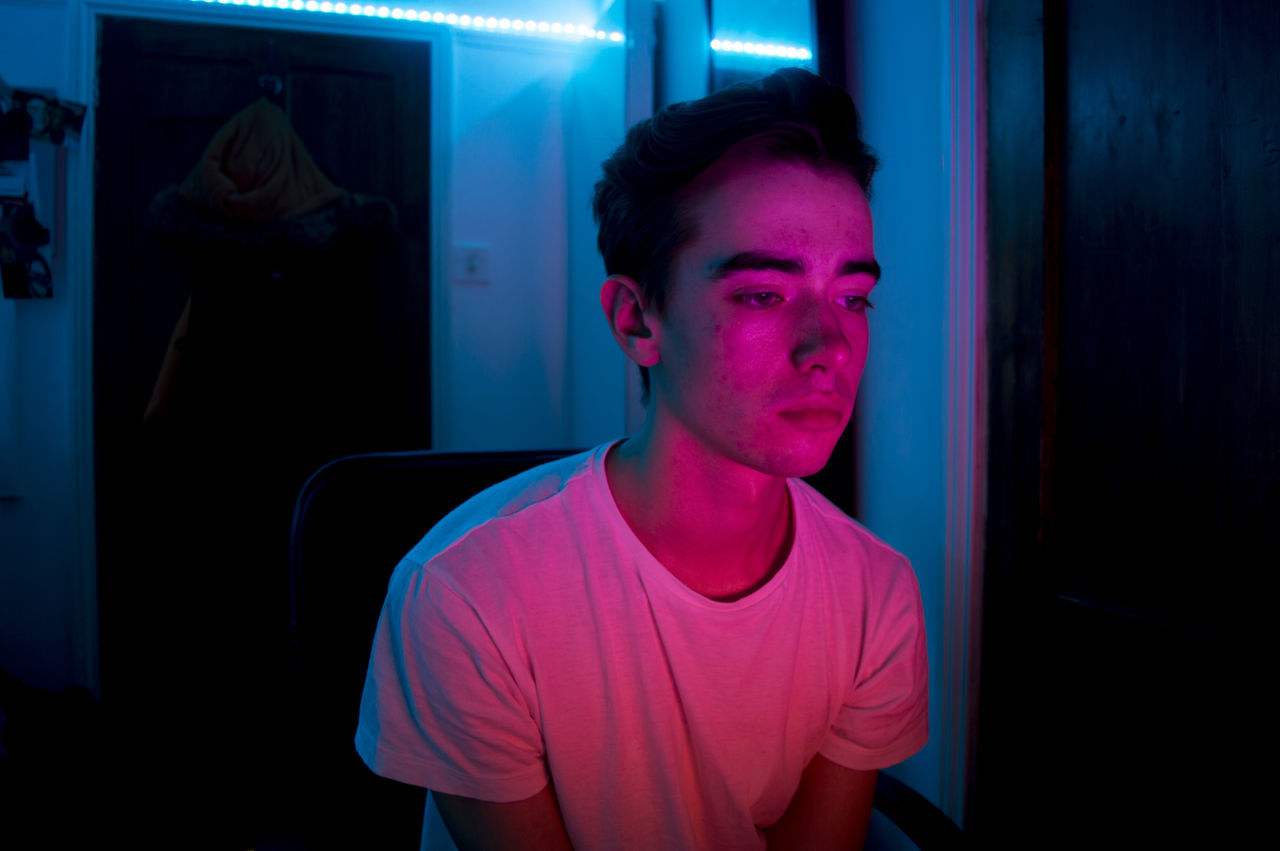 The London-based film photographer told us how he turns limitations into a force for creativity.

James Greenhalgh (@JamesGreenhalgh) is an 18-year-old photographer from London. Having only picked up photography two years ago, he is now pursuing it as a career—and has already shared lots of promising work.

Tell us how you got into photography.

I only started around two years ago. I was in school and for my A-Levels I had to pick three or four subjects to study. I wanted to do Anthropology but when that was dropped I ended up choosing photography. My thinking behind that was I would hate it the least from all subjects offered, but to my surprise, I got really into it and was just so inspired by my teachers.

“Photography lets me get the thoughts in my head onto a photo.”

What fascinates you about taking pictures?

Photography is such an inclusive medium: Anybody can take photos and anybody can read them. I’m terrible at painting and terrible at drawing, but photography lets me get the thoughts in my head onto a photo. There’s something else, too: Whenever I shoot, I want to build up a connection with the subject, get to know them before even pulling out the camera. The ability to capture that connection is fascinating.

You shoot mostly on film. Did your photography teachers insist on that?

They pushed for it, but the vast majority of students in my year just shot digital photos and tried to get their work on Instagram as fast as they could. But I saw how analog photography slows you down…

“Film forces you to think about every frame.”

With digital, I’ll take 500 photos and like 10 of them. Whereas with film, you’re stuck with 36 photos, which forces you to think about every frame. That means you’ll like the vast majority of the photos you’ve taken.

Your most recent photo series, Tungsten, is characterized by light and color. What’s behind it?

Tungsten is a project I started in 2016. Initially, it was aesthetically driven—I was inspired by Jeff Hahn and the way he used color and soft lighting. He did a series called “Port Yarin” which had all these soft reds complementing his subjects. It looked like I was looking at the true model itself and not some glamorized plastic version of them.

Where does the name come from?

Tungsten is one of the names used for artificial lighting. What I found is that this light produced beautiful blue, green, and yellow hues on the film, which I could never see with digital.

Mainly because I am a broke student, I shot it all on Kodak Colorplus 200 which is the cheapest film you can buy here. It creates these oversaturated hues that don’t look entirely realistic. For this book, I wanted the colors to really stand out.

On your website, you’ve written a question: ‘How can colors that are normally considered ugly, in fact bring out the beauty of a subject?’ Are you any closer to an answer now that you’ve done the project?

I guess I’ve gotten closer. A lot of my models don’t see themselves as beautiful—but when they see the photos, they do see something in themselves. That makes me very happy.

The colors and lighting you use brings out something in them.

Definitely. I was trying to capture their organic selves. Today, everyone is posing—especially millennials. You would take a photo, don’t like it, delete it, try again. I just wanted people to slow down and be themselves, totally relaxed. That happens quite naturally in an enclosed environment where it’s just me, the subject, and the camera.

“Today, everyone is posing. I just want people to be themselves.”

How do you find the models you shoot?

All the models in this book are all friends of mine from school. I wanted people who I knew because first off, it is intimate: They are shirtless, they are in weird places, and not everyone would be up for doing that. I did pick all boys as well because this was for school and if I had females naked, then I would have to get contracts and signatures… I also looked for models that had slightly stronger bone structure, where the light in their face was easier to manipulate.

Many of your pictures are taken from a close perspective. How do you get people to trust you when you’re shooting?

It goes back to film, funnily enough: With an analog camera, there’s just a bit of glass and a sheet of film. People can see how simple it is, so it doesn’t feel like the camera is another entity. It just feels like it’s me and the other person. Whereas with a digital camera, you take the photo and it goes through to a screen. You see it, the subject sees it. With film, you cannot see the outcome until I’ve developed it, which takes away a barrier. Other than that it’s about getting to know the people, making sure you’re friendly and ready to capture their emotion.

What are you planning next?

In September, I’m going to start a photography degree at the London College of Communication. I can’t wait to start my degree there, meet teachers and other students, and be inspired by what everyone else is working on.

You can catch more of James’ photos on his profile and website.