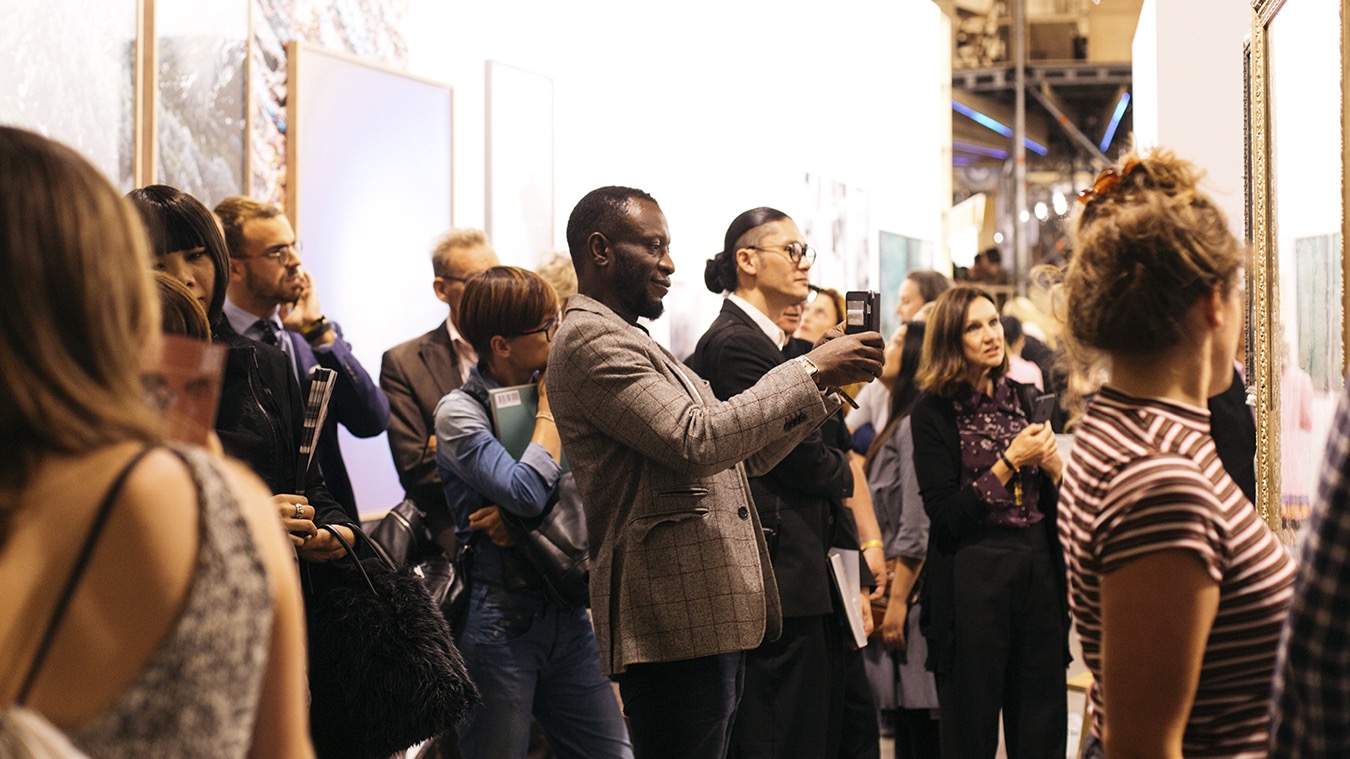 “We want people to train their eyes.”

Emilia van Lynden runs Unseen Amsterdam, one of the biggest photo events of the year. Here she explains how her organization created an interactive event—and why learning to read photos is so important.

Emilia, Unseen prides itself on showcasing new, emerging artists and trends. How do you keep your fingers on the pulse of photography?
There are many ways of doing it: the first is to travel. It is really important for me to get out, see work, visit festivals and fairs—not only those focusing on photography but also the contemporary art fairs since there will always be artists working with photography. I do portfolio reviews as they often present unrepresented artists who are looking for ways to get their work seen.

I also do a lot of research online, via social media such as Instagram or through photography blogs and magazines. Then there’s external relations: I used to be Head of Artistic Affairs, which meant dealing with all of the participating galleries, so I talk to them about which new artists they are interested in or speaking to. Through working closely with these galleries, I get a clearer understanding of how the market is developing and what the new trends are.

Why is that so important?
It is important to note that Unseen is a multifaceted event, with the fair being just a part of it. I always need to be aware of how the market is acting, which artists galleries are deciding to show, and to see what kind of art actually sells. That differs between European cities and I have to be aware of it. It’s a fine balance and I need to get my input from dozens of players in the field.

“Meeting the artists adds an extra level of depth”

On your website you say that Unseen is about “novel and diverse approaches to engage with photography”. What does that mean?
We’re showing photography that touches on the boundaries of the medium. We’re including sculptural work and moving images to show that photography isn’t just a print on the wall but far more than that.

How?
We’re showing the diversity of it and you can really engage with the artists because we ask all of the galleries to invite their artists to the fair, to explain their work to the visitors. To hear it from the artists’ mouths adds an extra layer of depth, especially for a collector.

We also have a new program elements called CO-OP, for which we’ve invited 13 international artist collectives or initiatives to participate in. We asked them to get people involved with photography in a different way. One of the collectives is organizing an auction, another is setting up a radio broadcasting station to deliberate and debate photography, which then gets broadcast online. One will be changing their exhibition on a daily basis, and another will have a pop-up studio for visitors to get involved… we even have a cinema in the back to show their short films.

You’re really stepping away from the 2D image on the wall.
Exactly. German magazine ‘Der Greif’ is doing an online and offline exhibit at the same time: everything they’re doing offline also gets shown online. You’re able to tap into an audience that isn’t physically but digitally there. You don’t really see that enough at art fairs at the moment, people don’t generally try to connect to people outside of their fair walls.

What else can we expect?
Alongside the main event, we’re hosting an exhibition called ‘Photo Pleasure Palace’. It’s curated by Erik Kessels and Thomas Mailaender, two artists who take the absurd very seriously. You can consider their exhibition a photo wonderland. For example, there will be a fortune teller who you can show your portfolio to and they will see whether your career will be fruitful or not. Alternatively, you can show your most recent acquisition and they will explain the reasons why you bought it and what it symbolizes for you. The idea is also to question our trust in the images that surround us every day. Why do we take what we see daily as a fact or a given? Where is the jovial side to photography? There’s going to be a huge inflatable cushion called the ‘Jump Trump’, where you literally jump into Trump’s face. It is again questioning how a certain situation or presentation can change the way we digest images, even ones of the leading figures of today. The imagery used symbolizes something completely different for each individual.

Are you positing that the future of photography isn’t even so much about the quality of visual language of it, but the way we interact with photography?
Photography is the most predominant way how we see the world around us. But how do we learn to decode these images? I hope that through what Unseen does, people will start understanding the importance of photography and learn to train their eye to not always trust what they see.

Since you mentioned Donald Trump and the issue of trust: How do global political developments intersect with the trends in photography you’re observing?
We’re showing 140 artists, some of whom absolutely tap into the political realm. A lot of people deal with political heritage and how they’re represented in the world today. The artist Mohau Modisakeng (represented at the fair by Ron Mandos), who represented the South African pavilion at the Venice Biennale, will have his newest work on show, which looks at South African identity and how they’ve been portrayed in the past especially in relation to South Africa’s violent history. Two of the Iranian artists we’re working with, represented by Ag Gallery, Ali Mobasser and Peyman Hooshmandzadeh, also explore into this theme of political and cultural heritages as they explore their own sense of belonging in Iran and how it has changed.

There’s also an environmental aspect—lots of the artists use nature as starting point for projects or incorporate natural elements within their work. You have artists like Douglas Mandry (represented by BILDHALLE) or Esther Teichmann (represented by Flowers Gallery), who incorporate natural elements like sand and rock and seaweed within their works. Some of the artists do this in order to show the importance of nature and our increased lack of respect for the natural world. The political enters the spectrum of an art fair but it’s not solely dominated by it. We’ll be discussing politics and photography within our speakers program—Edmund Clarke and Richard Mosse will touch upon projects which are closely linked to current affairs.

How do you stay in touch with the photo community during the year, when the actual fair isn’t happening. How do you keep the dialogue alive?
Our magazine, Unseen Magazine, is a really important aspect of that. It is meant to be more than an art fair catalogue that you look at for a minute and then throw out several years later when you move. We commission roughly 14 external writers to pick a topic they want to reflect on, such as alternative ways of documenting the refugee crisis or cyberspace and photography (just to name two from this year’s issue). But it’s also a way that we interact with artists. Every gallery proposes an artist that we do an in-depth interview with. This means that we speak to artists and critics half a year before the fair kicks off.

“It would be a pity to restrict ourselves to four days.”

Why release the magazine before the fair?
Photography is a medium that is moving so quickly that we want to make sure we’re able to tell the stories of these artists to our visitors before they come to the fair. You can get an idea of what to expect from reading the magazine. Alternatively, it is a great way for the international community that is unable to attend the event to see which artists we work with and what themes they are exploring. More generally, we want Unseen to become a platform for contemporary photography in general, not just a fair. It means we’ll do much more for and about our participating artists on our website, pick up on new artists, write a lot more content features about artists during the year. It would be a pity to restrict ourselves to showing all these fantastic artists only during the four days of the event. By doing more online throughout the year we hope to be able to give the artists the visibility that they deserve.