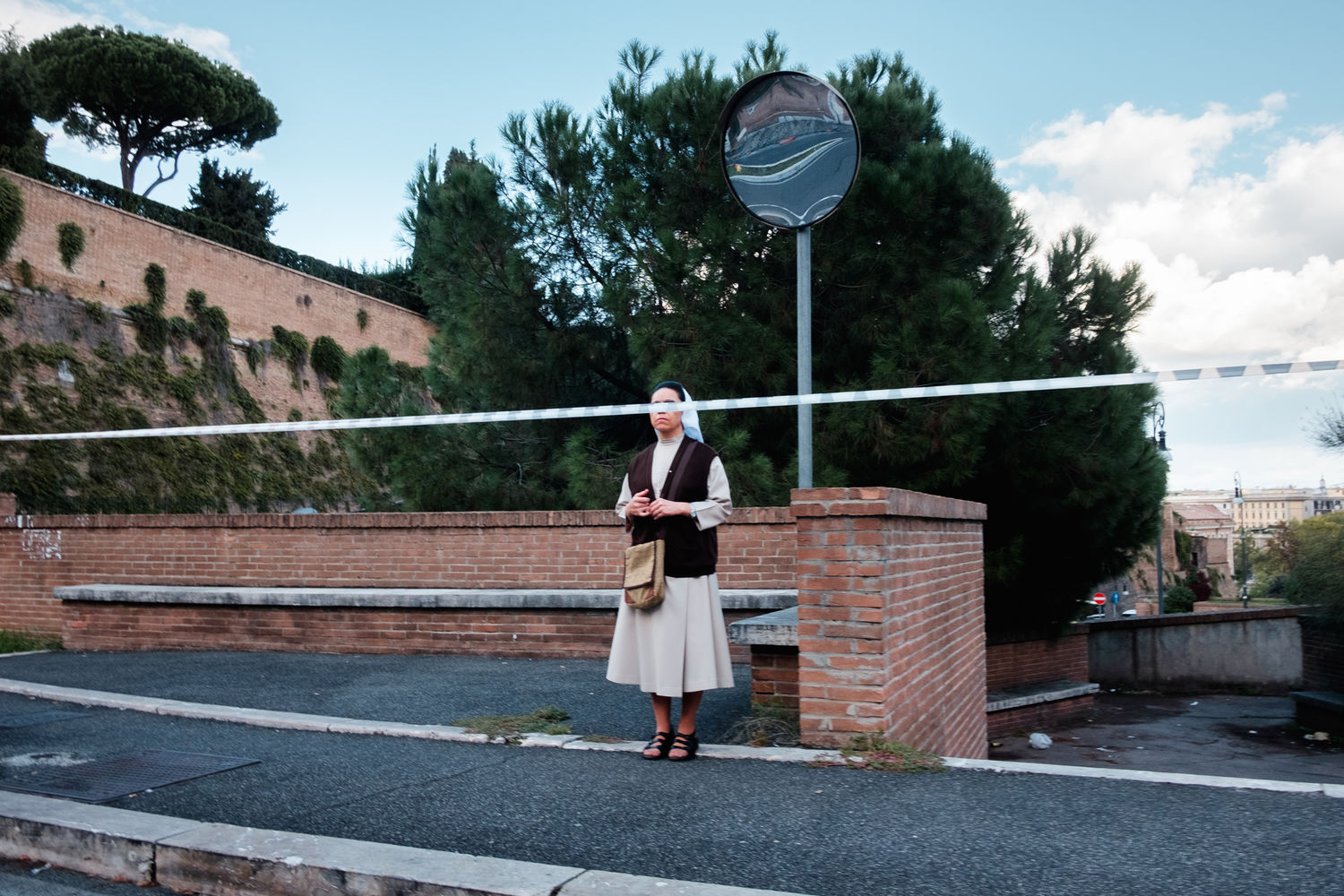 “To me, the best approach is not to expect anything”

Reuven Halevi (@ReuvenHalevi) is street photographer from Oslo, Norway. He is also the recipient of this year’s EyeEm Award for Street Photography. We sat down with him during the EyeEm Festival to talk about his work – and how his former job as a theater director impacts his shooting.

Is it fair to say that the city a canvas for a street photographer like you?
I don’t think I agree – it’s not a canvas because everything is already there. To me, the city is a philosophical concept: The ideal place for humanity to come together and become its best version – at least in theory. It’s where we have our institutions, governments, public squares, churches, synagogues, mosques, theaters. It represents the best we can become.

“Because of the confused laws in Italy about what you can photograph and publish, I began photographing between 12 and 2 o’clock because that meant the shadows would block out people’s faces – and conceal their identity. In these lighting conditions, most of the photos don’t come out well. But when they do, the effect it creates is really unique.”

What role do you play in it? That of a performer or spectator?
I interpret and reinterpret what I see. I enter in dialogues with space, architecture, and people – but not necessarily in that order.

“You have to let yourself be affected by the city”

So it’s less about what you do and more about having the right mindset to take a picture?
That’s the great thing about photography. Theoretically, you can go out with your camera at any time and take the best photo in the history of photography, right there. Simply because the best photo in the history of photography is taking place somewhere, even if there isn’t anyone around to see it. That makes photography about magnetism: About being drawn to lights, people, or whatever else attracts you and presents itself in an attractive way.

“This is a very personal shot. It is taken in Oslo, my home town. And it captures exactly what the city feels like to me. It was a winter day and some person was making bubbles in the fog – they froze immediately. That created a very dreamy atmosphere – and when the person lined up with the frozen bubbles, I just had to hit the shutter.”

How do you train your eye to recognize these things?
I don’t! Look – photography is a bit like meditation: You have to shed your preconceptions and assumptions. Many people have a photo they like and then go out to try and emulate it. I think that quickly leads to disappointment. To me, the best approach is not to expect anything. Let yourself be affected by the city – then you start accumulating sentiments, lights, expressions – whatever it is you photograph in the end.

It sounds like the famous Frenchflaneur, a pedestrian who walked across the city to take it in.
I recognize myself in that. When I started taking street photos, I actually defined it as flaneurism. I come to photography from a keen interest in urbanism. Through my street photography, I want to inspect the places we choose to live in and coexist, to create the the best version of humanity possible.

I recognize what you are sayingas great motivation, but part of me thinks it’s overly idealistic. Isn’t what you see and document on the streets much less perfect than what you’re saying here?
I’m glad you’re asking that! Many street photographer colleagues of mine love what they see, but I don’t. When I am shooting, I’m scared, I’m angry, I’m anxious, I’m nervous. There’s always something wrong, but I thrive on the dissonance.

You use photography to deal with those emotions you feel?
I come from theater and I always told my actors that acting can’t be a substitute for therapy. You don’t solve your problems by playing a character. And I think the same should apply to photography. But of course photography is somewhat therapeutic. It is a way for me to negotiate my own existence, my place in the city, in humanity. I am fond of saying that every photo, is a self-portrait to a certain extent…

Why?
It cannot be anything else, because I see myself reflected in everything I shoot – and I am very present in the street, meaning that I condition the streets when I photograph.

“I can’t quite explain what happened here: I was trying to take a picture of the man entered the frame. And for whatever reason, this guy was holding up his hand. It’s nothing you can engineer.”

Yet there is that old saying “All the world’s a stage”: With your background in photography and theater, you could look at the street as a stage and yourself as the director.
One of the reasons I am no longer a director is that I couldn’t direct the way I wanted to. Photography, to me, is a declaration that I have given up on directing for a theater that is subject to the “market” – and too many interpersonal, psychological whims. And I don’t think you can direct the city.

“I love the photo that takes you off-guard”

How would you characterize your photography then?
It’s making sense of the chaos! Even though it scares the living daylight out of me, what I want is that very visceral communion, the coming together of smells and sounds and noises – emotions and fates.

Even if they bring you down?
The tension and negotiation with an often crude humanity in the streets is the price to pay – but does not mean it’s what I am looking to capture. What I love the most and what I really want to capture is something that defuses everything and makes you burst out laughing. I love the photo that takes you off-guard and makes you laugh before you even know why. Humor, though very difficult to capture and convey through a spontaneous and un-posed street capture, is what I really seek when I go out.

“This is one of my favorite shots. I discovered the flattering tape, the shadows surrounding the barrier, and then suddenly I saw the shadow of the bird coming in. Even before looking at the shot, I knew it was great.”

To see more about Reuven’s work, head over to his profile on EyeEm or visit his website.