From the Street: Brandon Barr 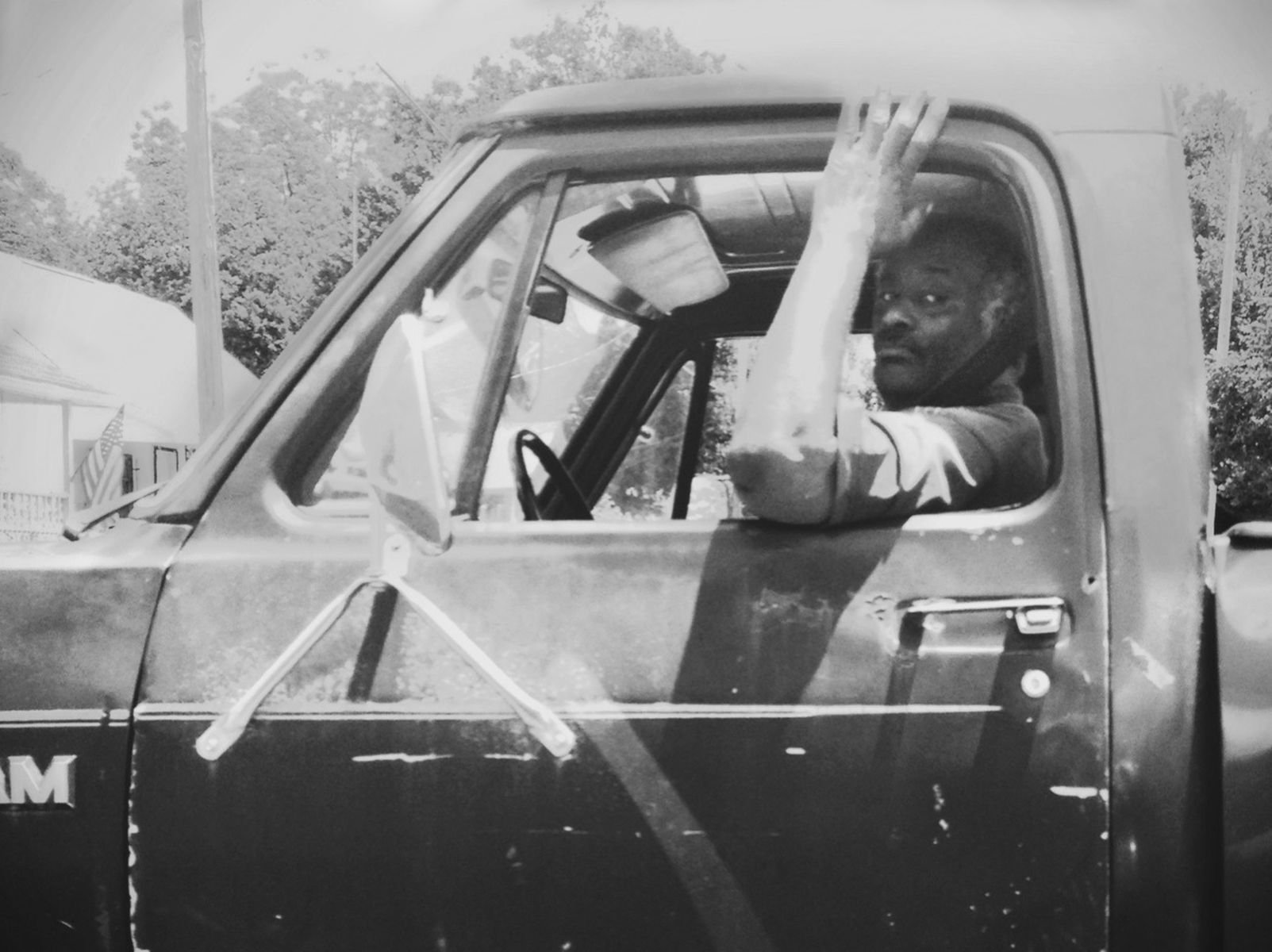 Learn the story behind this classic photograph by Brandon Barr.

Each month, our friend Misho Baranovic delves into the streetphotography album on EyeEm, searching for the stories behind the photographs.

Today’s feature focuses on the story behind this classic photograph by Brandon Barr.Searching through the streetphotography album, I was drawn in by the subject’s ambiguous gaze and the timeless nature of the image.

I contacted the Brandon, who kindly gave us an insight into the photograph and his approach to street photography.

Can you tell us a little bit about yourself? Where are you from and how long have you been shooting the streets?

I’m a writer and photographer in Atlanta, GA. I’ve been shooting the streets of Atlanta for about three years, mostly with my iPhone and also with my Fuji x100.

This photo was taken on a Saturday afternoon (June 15) in the historic Sweet Auburn area of Atlanta. This photo was shot along Boulevard Ave, about a block from Martin Luther King Jr’s childhood home.

Most of my photos are shot while walking or biking the streets of Atlanta, but I do occasionally happen to see interesting moments from my car during Atlanta’s famous stop-and-go traffic. This was one of those.

I first was attracted to the truck. I sat beside the bed of it at a red light and loved the way it just felt like a letter from another era. Then I saw the old man’s arm jutting out of the driver’s side window.I pulled up my iPhone, pointed it out my front passenger window, and set the focus and exposure, knowing that when the light turned green I’d likely be able to pull up and capture the driver directly from the side. I snapped a single frame right as I passed and he looked at me.

When I got where I was going, I reviewed the shot and knew it was a keeper. It’s actually different from a lot of the shots I take — I usually compose for the square and in color, but in the edit this shot really asked to be black and white and horizontal.

Sometimes you have to listen to the photo.

Can you share a photo from another EyeEm street photographer and tell me what you like about the image?

This photograph from Philadephia’s Dana Rosenman really sings with all the elements I’m obsessed with right now in my own street photography — high-contrast chiaroscuro lighting, a sense of motion, subtle color adjustments — but she absolutely nailed it on all counts.

I love how the composition pulls your eyes left to right and then settles them on that gorgeous pop of red, wind-blown hair. Dana was one of the first street photographers whose work I discovered through EyeEm, and I really feel a kinship with the way she sees the world.

Her whole gallery is great.

Feel inspired? Add your photos to the streetphotography album and your photo might be the next one to be featured in ourFrom the Street series.