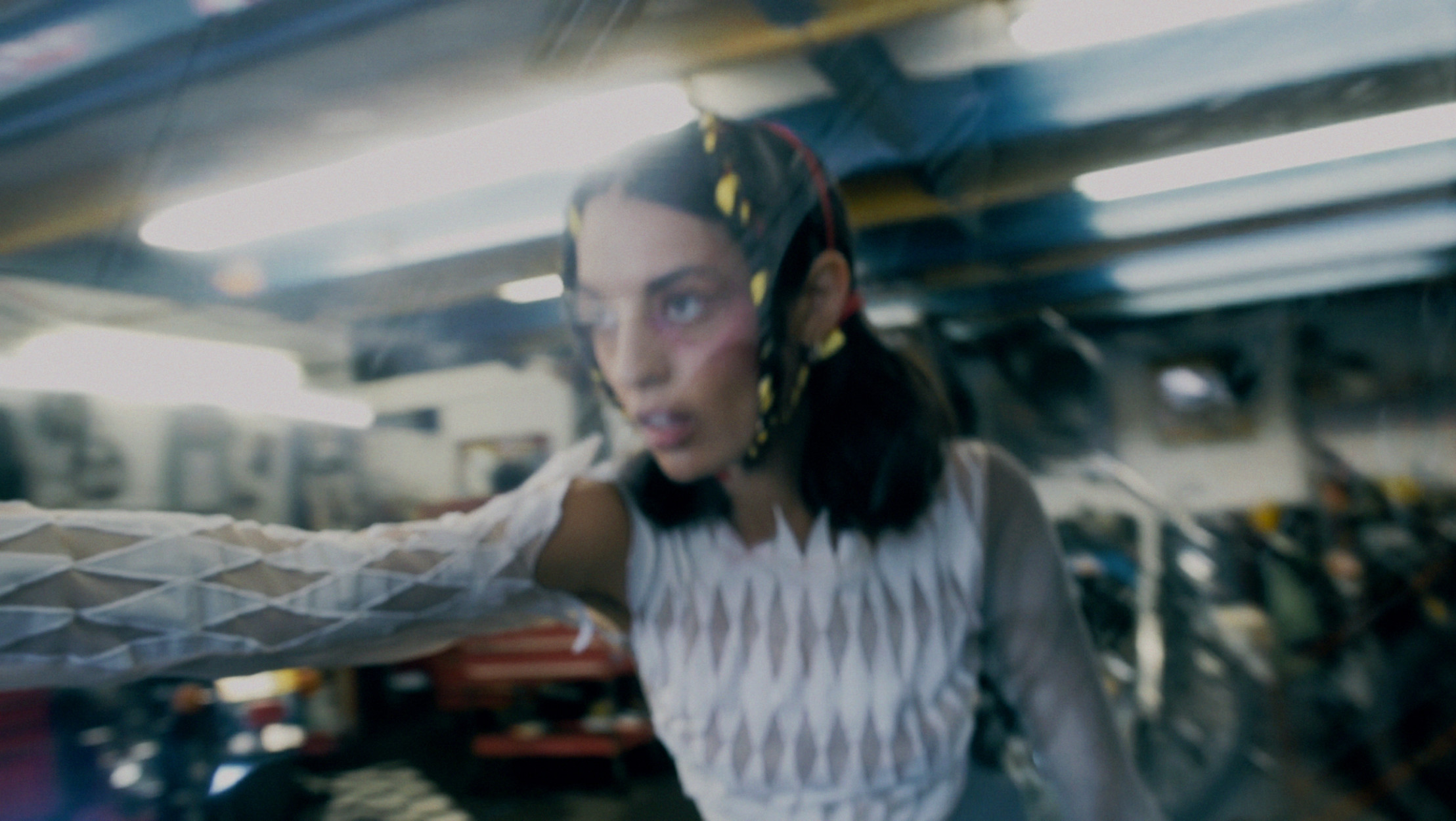 Photographer, videographer and graphic designer, Nicolee Tsin shares her professional advice and tells us more about how to overcome the creative challenges that come with video production.

We caught up with London-based visual artist Nicolee Tsin, whose portoflio covers a variety of personal projects, brand campaigns and short films. Whether it be graphic design, illustration or moving image, Nicolee is committed to making sure her work makes an emotional impact.

Her work with fashion brands and publications, Nicolee has now pushed on to work with film productions with directors and teams around the world. Today she opens up about some of the challenges of taking on video projects, how to overcome them, and where to find your inspiration.

Visual Inspiration, Gear Guide and Top Tips All in One Place

How did you get started in shooting video content?

While I was studying at Central Saint Martins I figured out that I enjoyed fashion photography so I took a chance by approaching fashion students for certain projects. I started by video documentation for student’s graduate collections, and from there began approaching fashion brands and magazines for editorial and BTS shoots.

At the time the outcome was often traditional product-focused narratives combined with aesthetically pleasing portraits but as I kept making more I realized I was missing the emotional impact these videos weren’t able to convey.

I slowly deviated towards a more cinematic approach in video making, centering storytelling through characterisation, and movement. That’s how I got into making dance films and music videos so that I can connect purely with the audiovisual relationship. 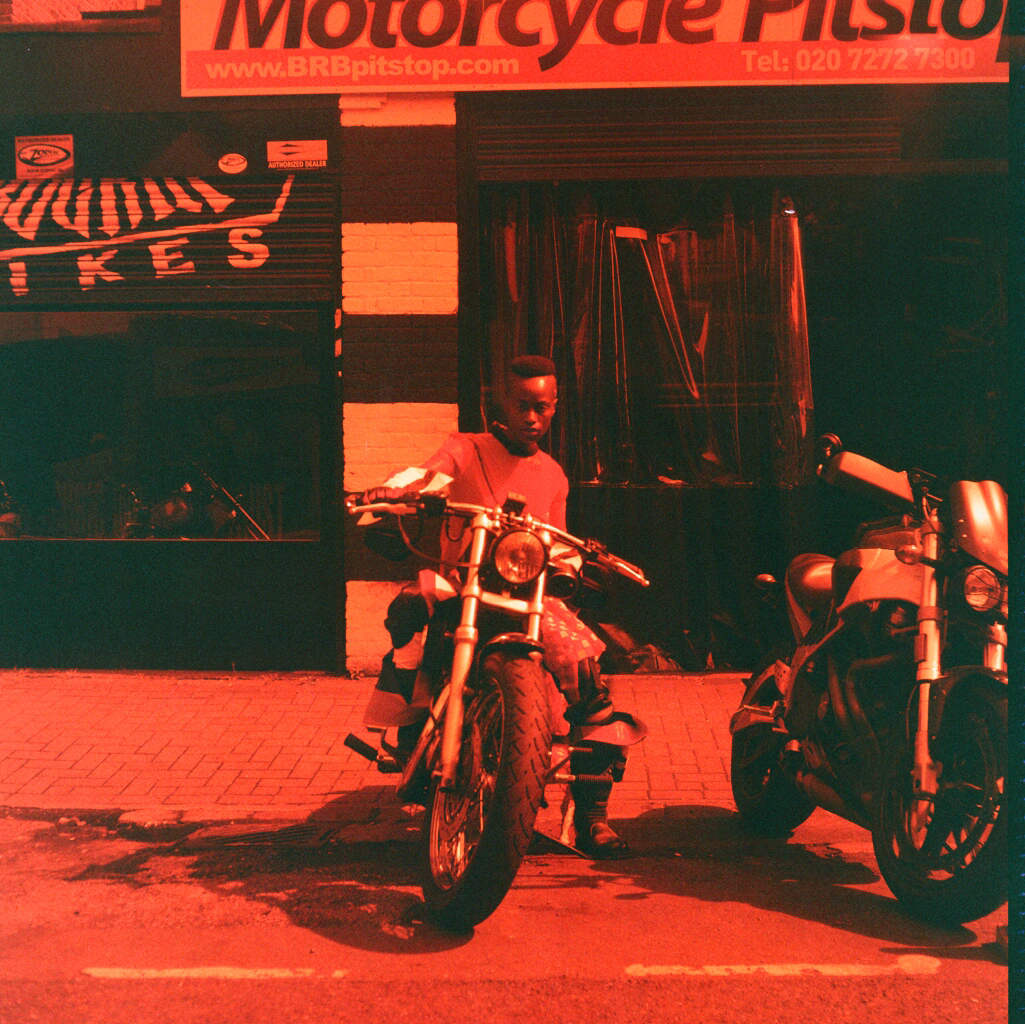 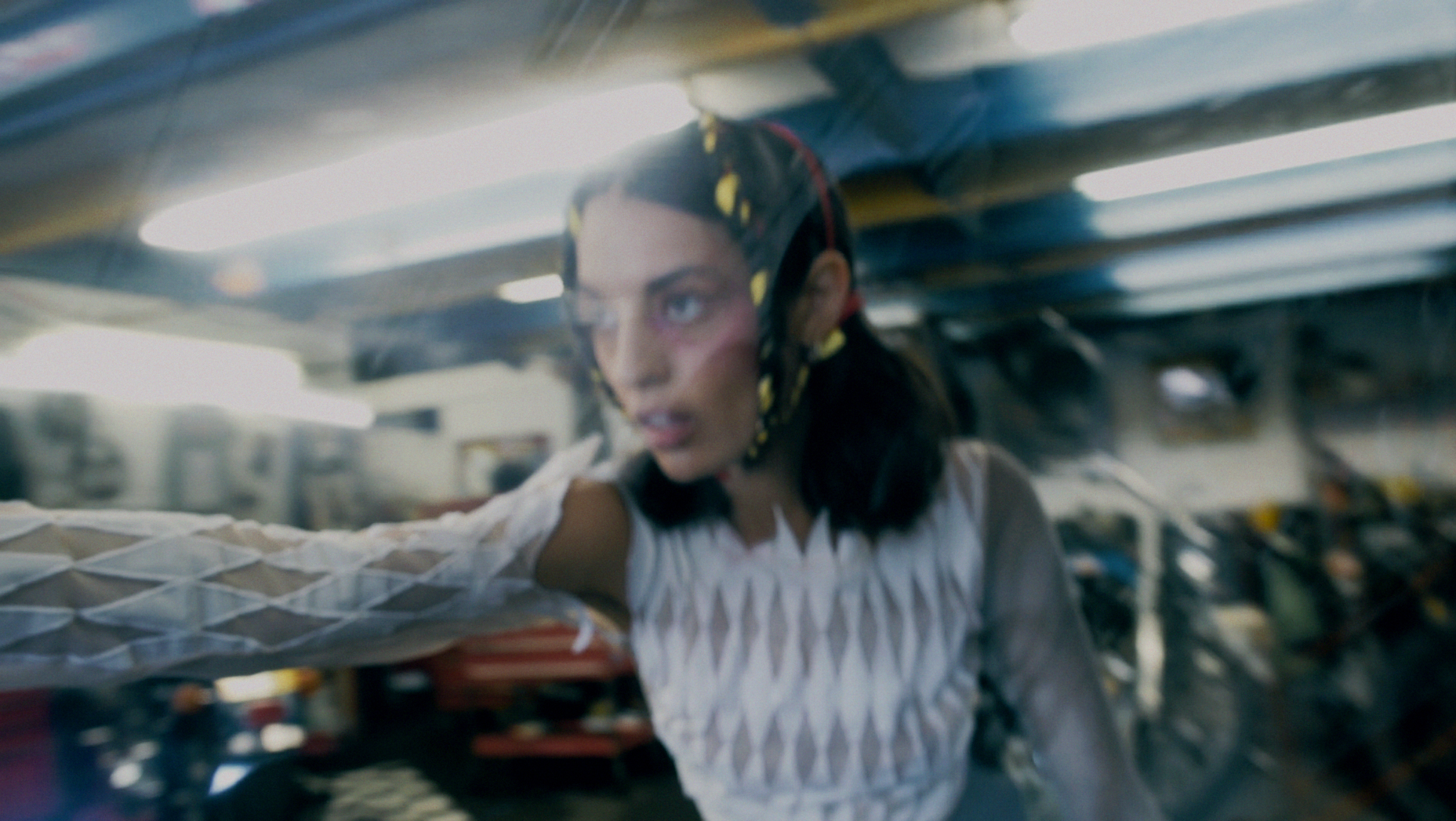 Having studied in London, and now living in Hong Kong. How do different locations influence your visual style?

My recent 8-month long visit to Hong Kong was a very sentimental experience. Having grown up there I overlooked the cinematic landscape and took it for granted. Now with bigger skyscrapers, more MTR stations, new centres of population and growing regional integration, they have come at a cost of removing a lot of the city’s heritage.

For me, one of the most beautiful things I observed in Hong Kong was the collision of old with new, chaos with order. Right across the street from a modern expat-frequented bar is a Cha Chan Teng - a small restaurant that feels like a time capsule from capsule before 1994.

Behind all the neon lit streets and perfectly aligned pastel estate buildings, there are stories and depths of grain and grimeiness that I find disturbingly charming and influential to my visual style.

London on the other hand is a place where I will always view and experience as an outsider which in a sense encouraged me to speculate subjects through a more observant and unconventional lens. I think the gloomy weather subconsciously overrides a wistful and melancholic feel in my most recent work. 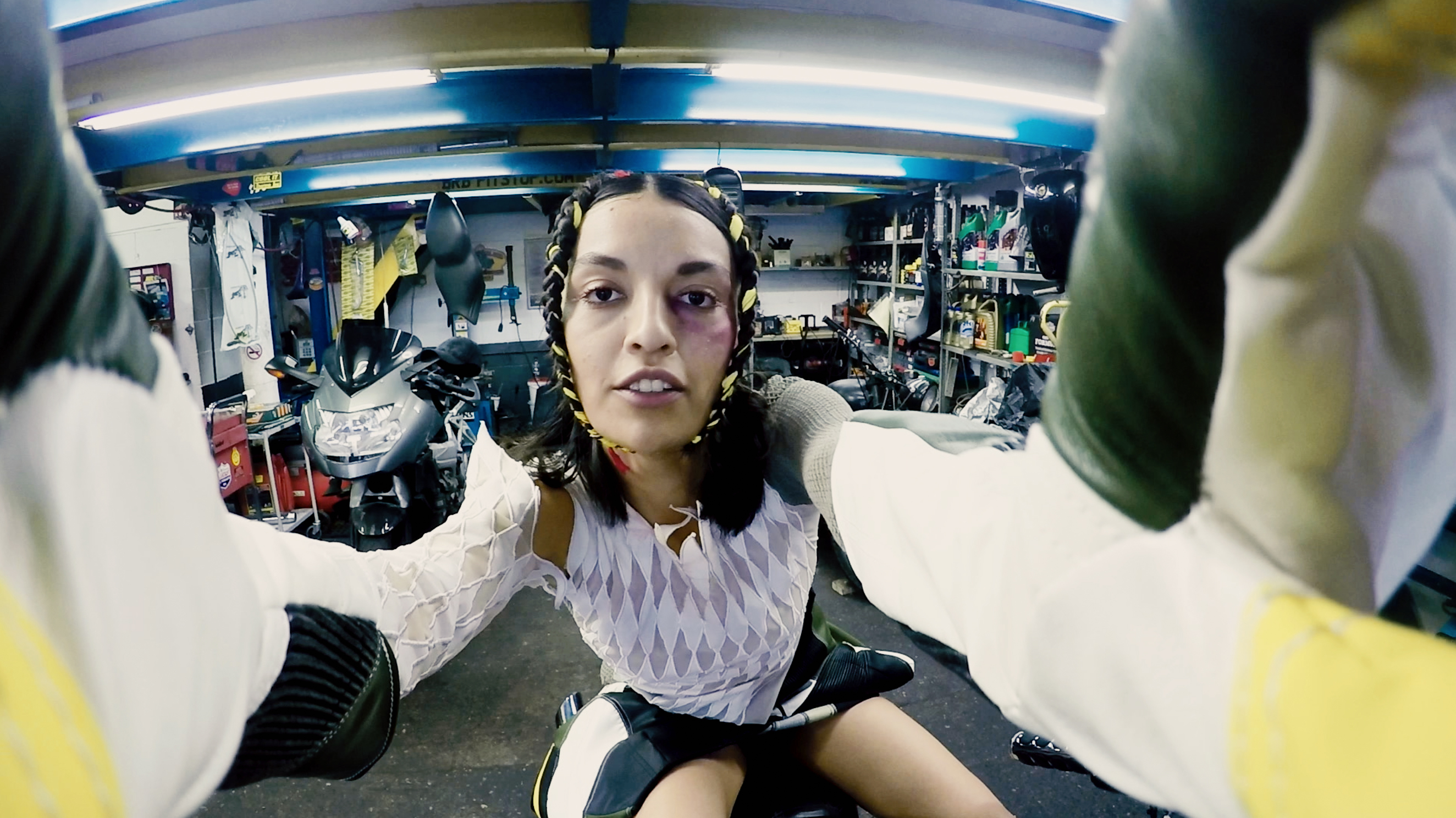 How do you source different inspiration? What’s your tip for using inspiration to refine your own work?

Apart from scrolling through Instagram and recycling scenes from films and videos that I like (which I find quite dangerous as I can easily replicate what’s been done before), I think animation and illustration are great sources of inspiration.

They create these dream-like worlds, making the impossible possible which allows for a wealth of visual interpretation. It’s the same when I look at photography, I try to reimagine how a photograph can be fabricated as a scene or experience in a moving picture.

I also think a lot just comes from sharing ideas and stories with friends which results in something impractical but really creative and ludicrous. Most often you will find the most ridiculous things happening around you, meeting out of pocket characters, and suddenly you think hey that’s a story in itself! 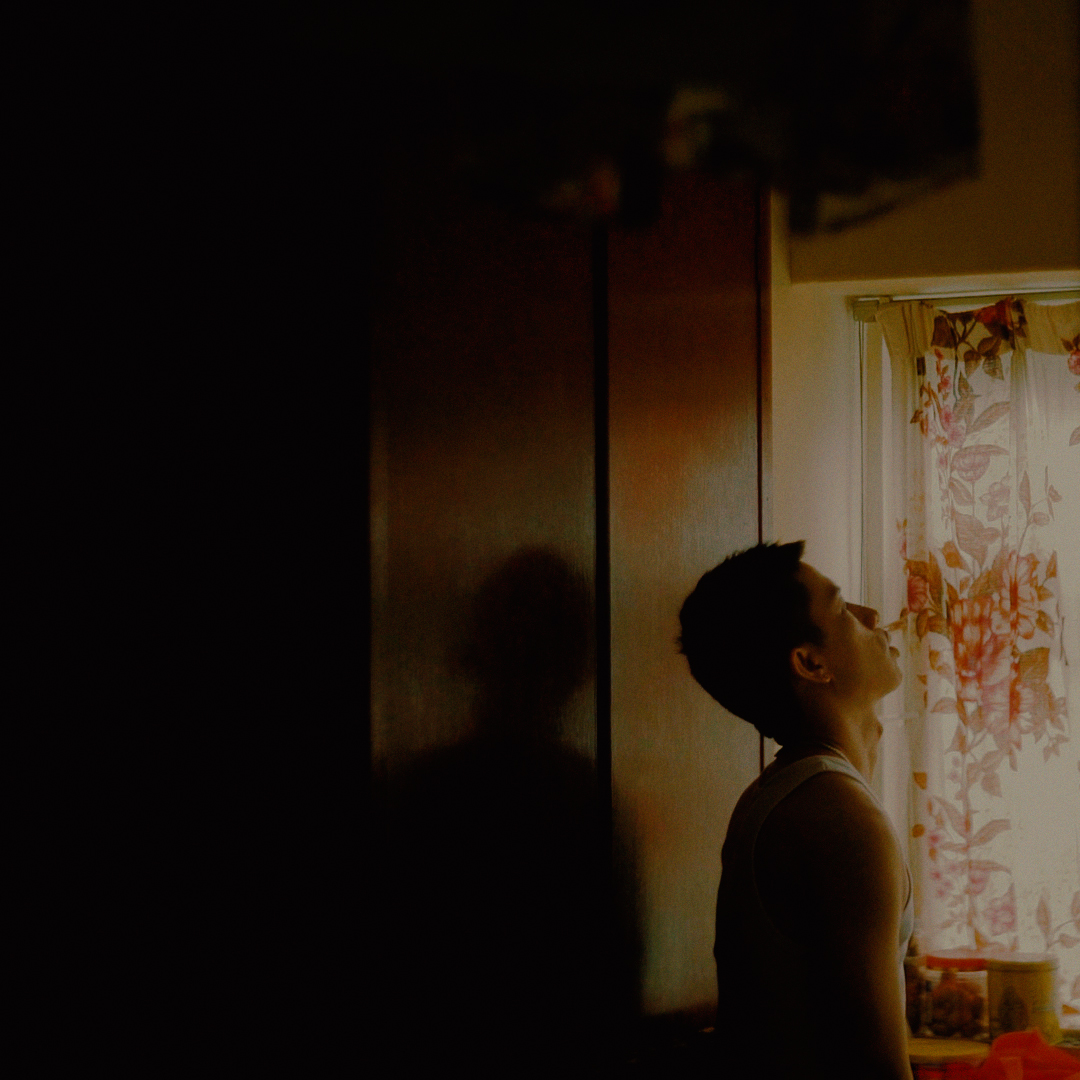 What gear do you always take with you to a shoot and has this changed much over the years?

It used to be just a standard DSLR camera that I owned for photography with a record button, (5D and Sony A77ii) as most of the jobs didn’t have a budget, just run and gun kind of style. I’d always carry my film cameras for outtakes. Then VHS became really trendy so shot a bit on that for B roll and now mostly an A7Sii as it’s compatible with most cinema lenses.

If the job requires a lot of movement I’ll hire a stabilizer on the side. I personally love a really wide, slightly distorted and stylised look so I would always bring a wide angle lens with me and with a 30/35mm and/or 50mm prime lens you can go far!

Do you buy or hire your gear for each shoot?

I usually hire gear for each shoot as there are loads of online rental places like Fatlama or Borrowfox which have made renting so cheap and accessible. You can easily get a bundle for under £60 which includes a decent cinema camera, lenses and accessories! If you do a bit of digging you can also find some fun, weird gadgets to play around and get creative with.

But I’m also looking into and would recommend investing in either the Sony alpha series or Fujifilm T series. They’re very reasonably priced 4K cameras, it also means you get the flexibility to just go out and shoot or experiment whenever you want. 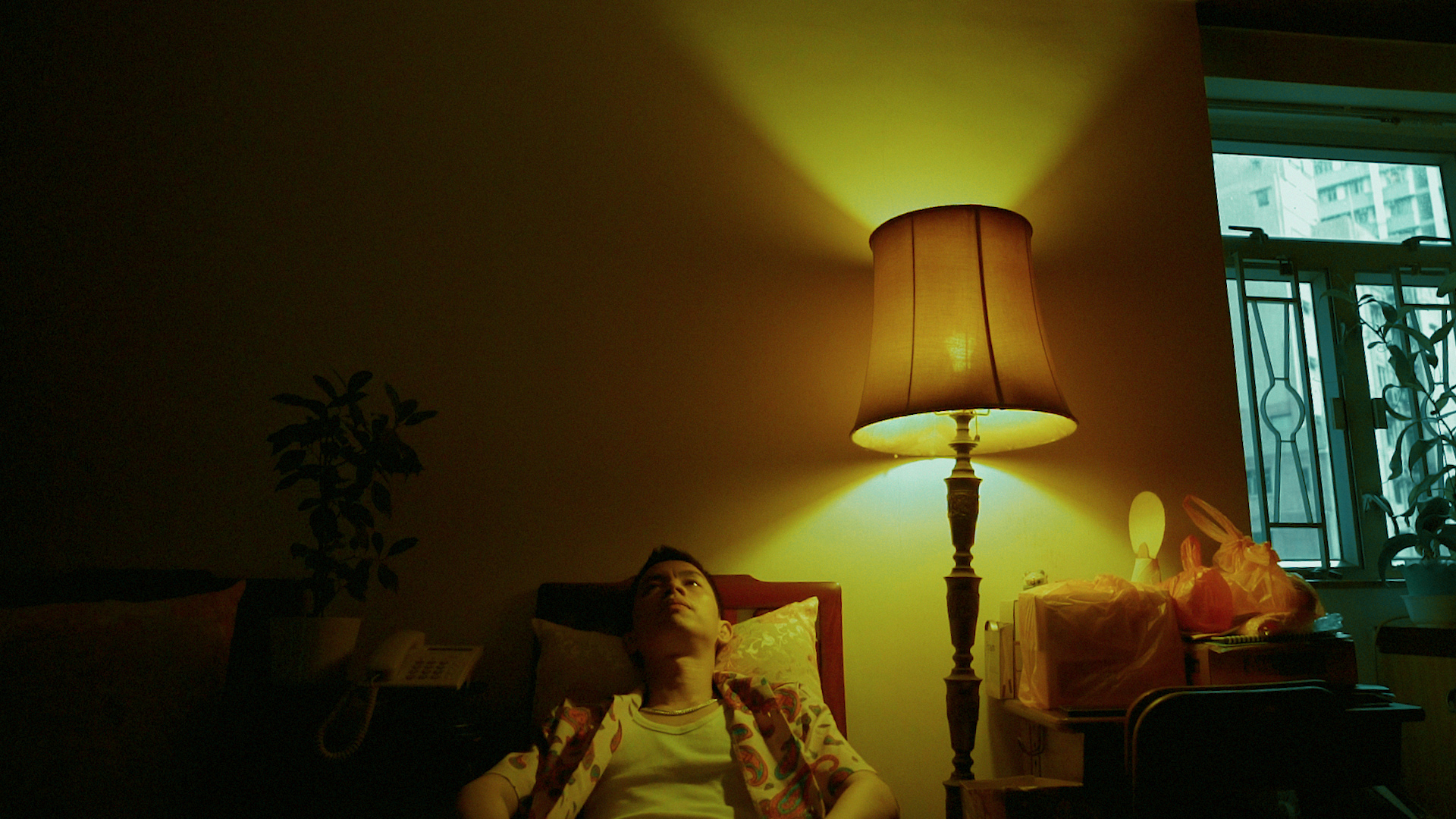 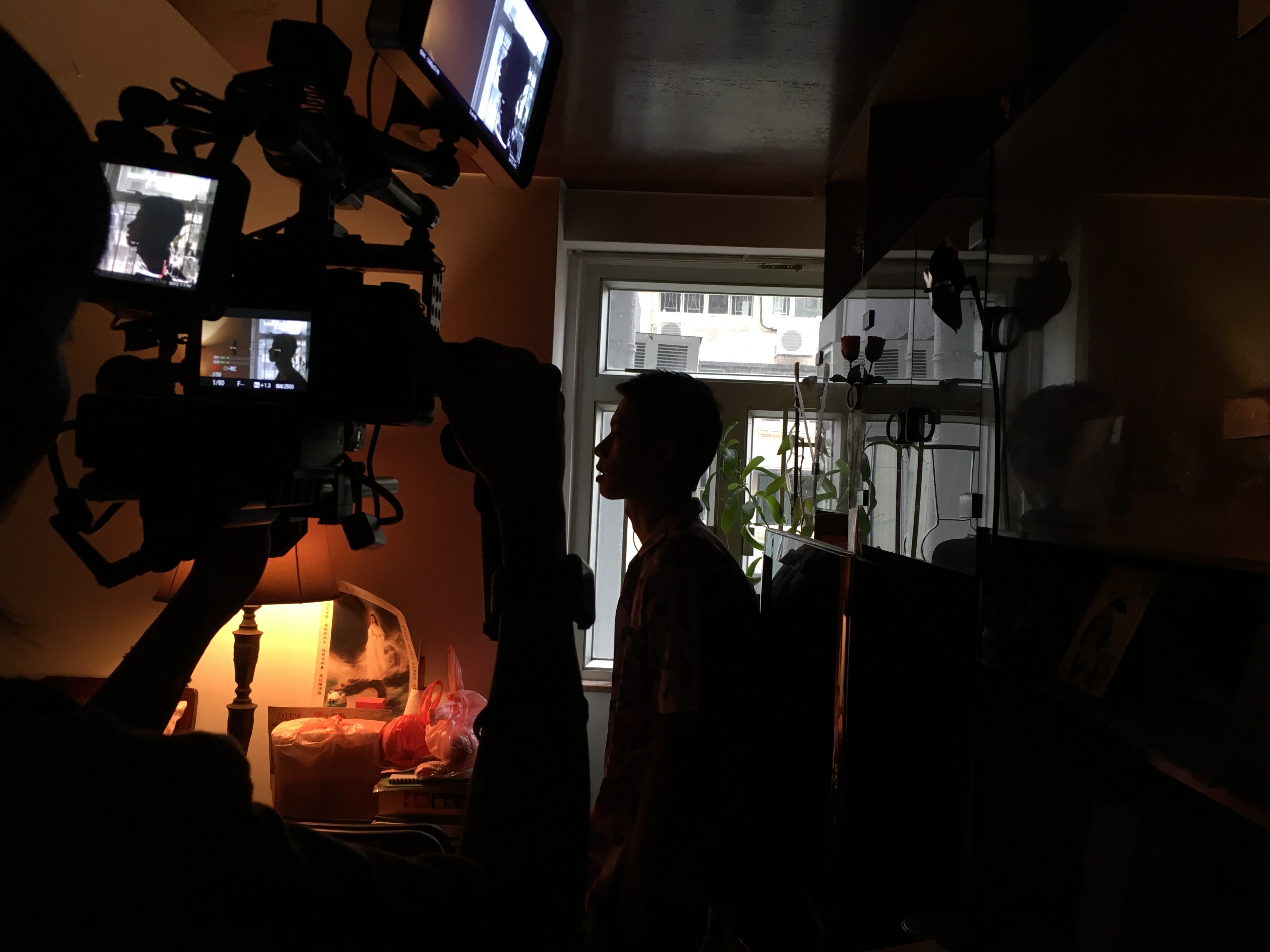 ‘Your Turn’ is about translating the present moment into unrelenting motion and an expression of empowerment. It is inspired by the dance sequence from the film Les Amants du Pont-Neuf.

Leanne, the choreographer and dancer and I wanted to go to a setting where we felt would take us away from the monotonous city landscape. We received a track from Dimitri, the composer, and basically took a train out to Southend-on-sea to shoot the video.

What was the biggest challenge when shooting ‘Your Turn’?

Each shot was an improvised to the track and the space - Leanne moved instinctively to how she felt in the moment which adds spontaneity to the film. It was quite a challenge carrying a heavy camera whilst running and reacting by impulse hoping we’d get something in sync.

The sun was actually too bright on the first day, creating large shadow of me and none of the footage was usable so we had to return the next day to shoot it again and it took about seven takes and we got it in the final one!

When it comes to your use of lighting and color - do you see this before you shoot, or is this something that comes in during the editing process?

I usually see the lighting and colour beforehand - especially with music videos. I resonate strongly with music, it instantly conjures powerful imagery in my head which becomes the imprint of the visual. I will then make a moodboard and shot-list which will further reiterate what I had in mind. I’d recommend anyone looking to refine their visual style, to create a moodboard before every shoot.

What has been one of the biggest challenges when it comes to producing video content and what’s your advice for someone facing the similar challenges?

Finding the right team of people who understands your vision and shares a similar style of work is extremely helpful and important. Especially if it’s a personal project where the money is coming out of your own pocket, it’s up to you to make it good or big.

You could have the best idea but a wrong team of people to execute it, so do lots (and lots) of research before the project starts. Also, don’t be afraid to ask for help when necessary, there is always support around the corner if you look for it! 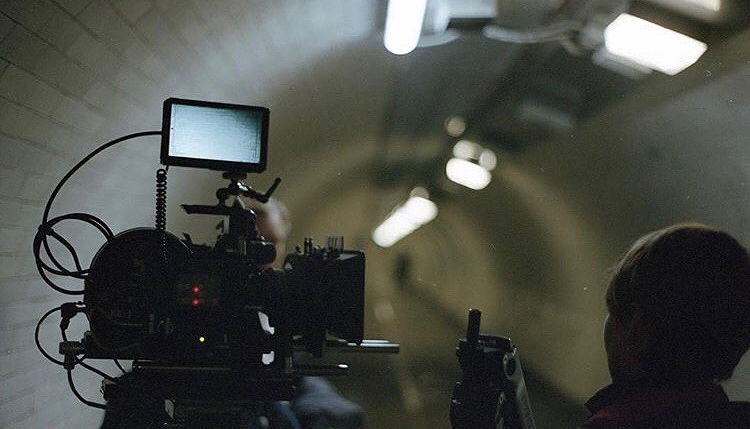 Can you describe your editing process? How do you know when a piece is finished?

Editing is my worst nightmare (perhaps part of the reason I wanted to shoot the dance film in one take!) It feels like a puzzle with infinite possibilities and takes a lot of time, patience and experimentation. I learned to be less precious when it comes to cutting because you might get something you like by surprise which is usually the best! Sometimes a scene might just have to dwell a second longer or cut a second before in order for it to work.

In The Blink Of An Eye by Walter Murch is a great book for people whose starting out in editing. For me personally, I like to replay the video a few times and when I feel like it’s able to create an emotional impact without losing trace of the narrative and me noticing any cut that’s when I’m happy with it. Getting feedback really helps because what makes sense to you might not necessarily do it for others. 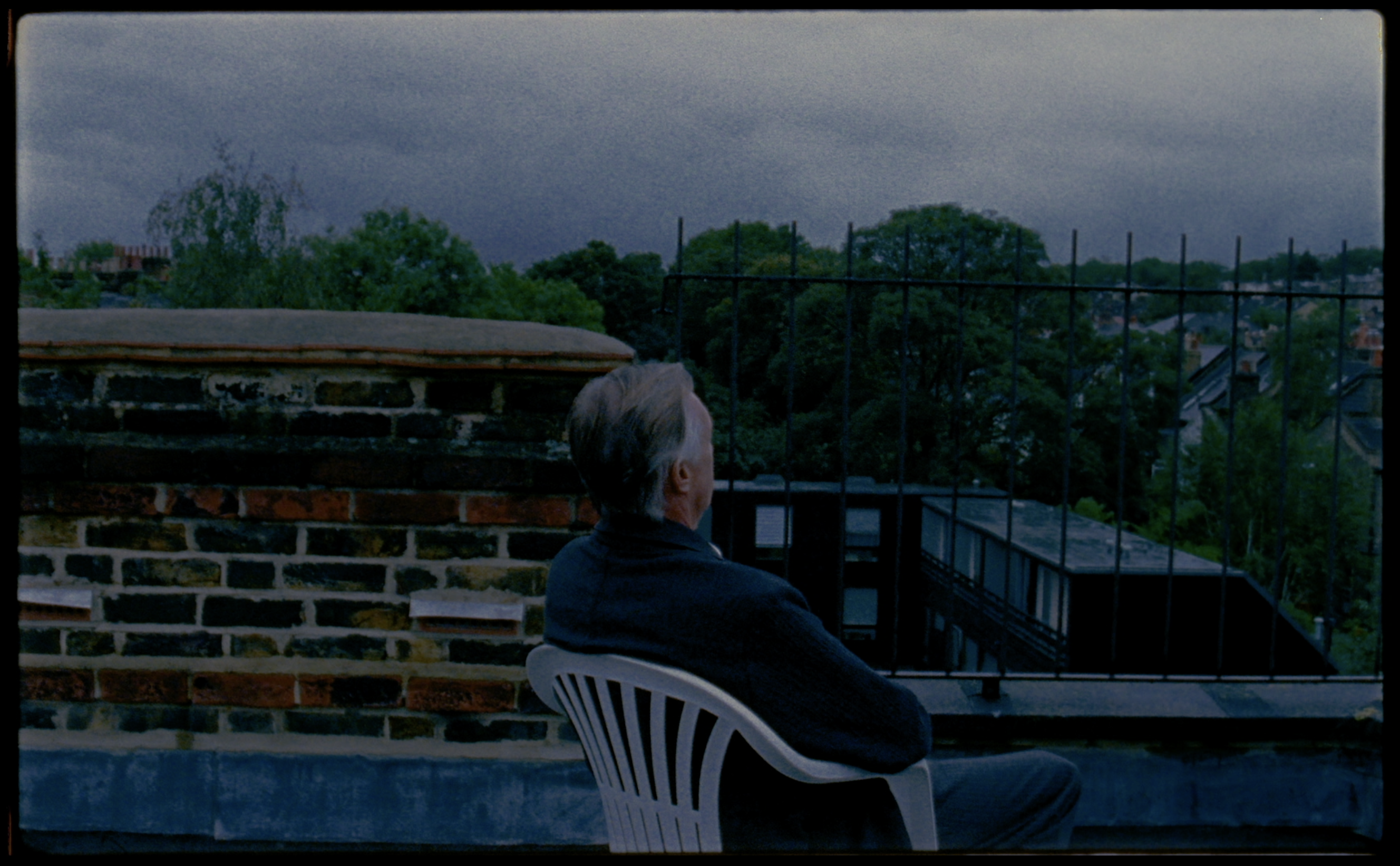 How do you take on someone else’s vision without losing your own personal style?

I think it’s just about being really open with your client in terms of speaking about how much creative freedom you’re able to have and their willingness to try something new and different.

I’ve been in situations where, especially at the start of my career, I would take on every opportunity that came my way as at that time I needed the money or I’d be blindly promised future paid jobs or exposure. Before taking on a brief, I think it’s important to question whether or not it will benefit you in the long run whether creatively or financially, advance your career in the right direction and whether or not it aligns with your values and integrity. Be honest with yourself.

When it comes to preparing, executing or wrapping up a day on-set, what is your biggest pieces of advice? 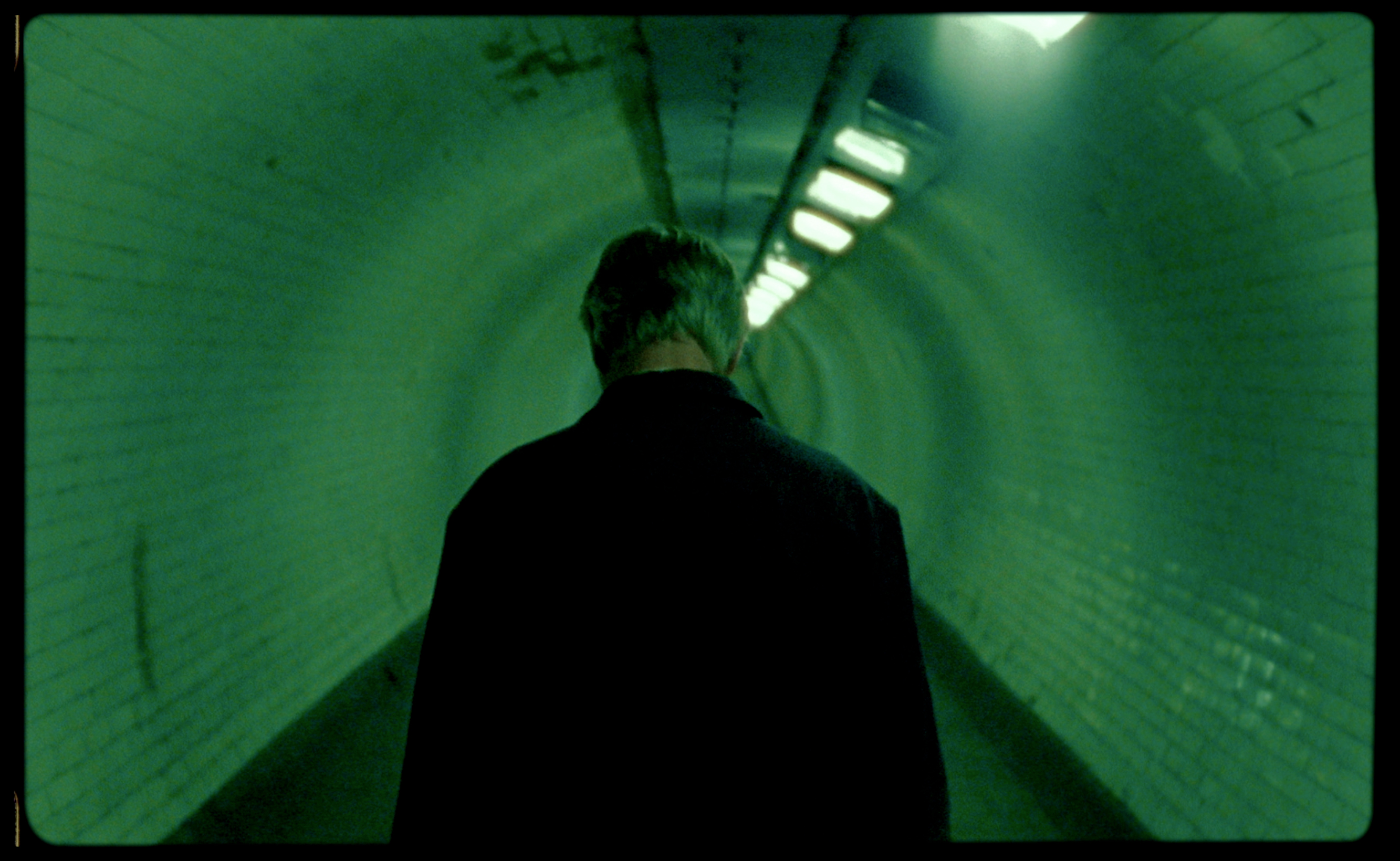