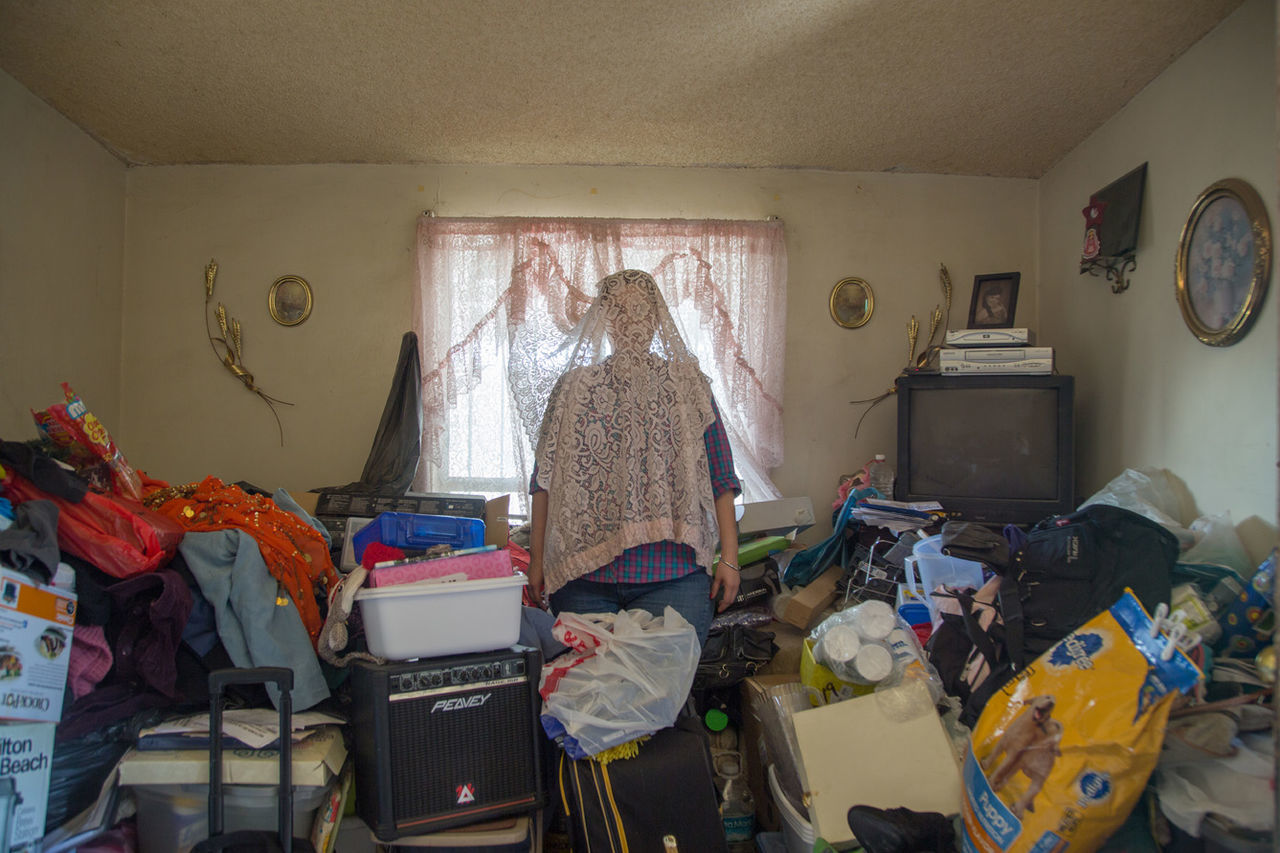 It was in one of the houses at the US-Mexican border where Erin Lee Holland (@erinleephoto) first confronted the reality of the rigid boundary between the two countries: “You could stick your arm out of the kitchen window and touch the bars of the border fence,” she remembers.

Coming from New Zealand, the photographer has spent the last five years living in Mexico, where she recently visited the border with the United States. “I had come to the area with a friend, just on vacation. We quickly realized that there wasn’t a great cultural offering, and people asked us to give workshops – which we were happy to do.” They focused on storytelling with a camera, helping people express themselves through photography for the very first time.

“Anything you do as a photographer ends up being your very own perception.”

Erin’s photo series “Este Lado” (“This Side”) grew out of her workshops and fascination with this unique area. It is a documentation of the reality she encountered, both through her own eyes and those of others. “Anything you do as a photographer ends up being your very own perception,” she says. “I wanted to bring the experience of people from there into the equation.” She does so by weaving together her own photos, found pictures, and historic pictures she has received from the locals into an exploration of the cities Tijuana, Mexicali, Nogales and Ciudad Juaréz.

While her own photos show contemporary life on the streets, historic pictures show her subjects’ childhood, creating a narrative arch between the past and the present. Both types of pictures show the normalcy of growing up and living in a place that many people would consider unusual.

Erin wants these photos to break some of the stereotypes associated with Mexico in general and the region in particular. “Many people believe that anyone living there would want to cross over the border or rather be American citizens. That’s not the case,” she says. Instead, there are just regular lives being led, albeit in the shadow of a wall and with a history of drug violence. “Violence exists but it is not necessarily worse than in other parts of the country,” the photographer explains. Stereotypes about the border region are rampant and Erin is intent on showing a real picture of the situation on the ground.

“There is an unsettling calmness in these places.”

“The crime and danger that occurs along the border towns are definitely present – yet you don’t see any of it. You just see signs or clues of the violence and abandonment. I think that is one of the things that struck me the most, and I have tried to show that in the images. There is a certain yet unsettling calmness in these places.”

Erin plans on returning to the border region later this year, asking her photo subjects about their plans for the future in a quest to give longevity to their stories.

“Since I first went, the political situation has changed quite dramatically,” Erin remarks. Of course she refers to the election of Donald Trump, who has threatened the construction of a much more rigid border wall than the one already there. With this long-neglected region suddenly a battleground of political ideologies, the future is uncertain – and difficult to pin down. “It’s an interesting time to be working between Mexico and the United States,” Erin admits.