10 Lessons We Can Learn from Street Photographer Saul Leiter 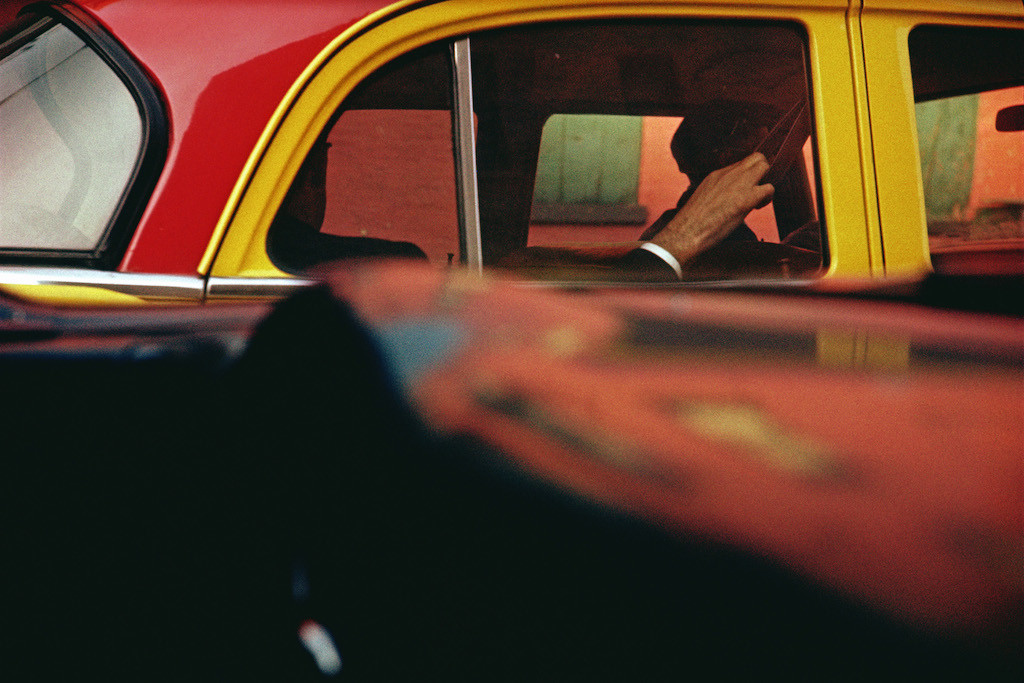 An early adopter of color, Saul Leiter was renowned for the painterly eye he cast on street photography. These are the key lessons to be learned from the legendary artist.

Saul Leiter was a photographer who stood at the crossroads of fashion, street photography, and abstract expressionism. Having started out as a painter, he was influenced by color, shapes and the camera as a tool for turning reality into his very own vision.

When you look at a Saul Leiter photo, things are often not what they seem, and that’s half the fun of browsing through his work. A telltale sign of a good photograph is when it begs you to look twice. Leiter’s photos? They might make you look three times. We took a look at this legendary photographer’s approach– read on for a guide to photographing the Saul Leiter way. 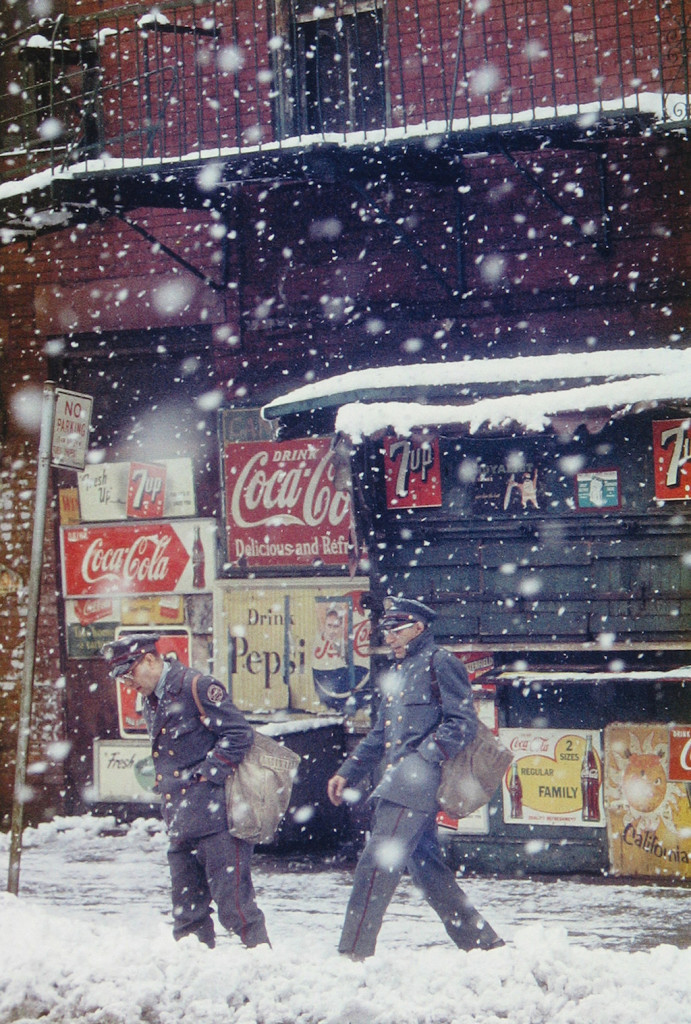 1. Everything is worth photographing

Saul Leiter has been quoted saying, “Everything is suitable to be photographed. Everything is a photograph.” While walking the streets of New York, he shot with the kind of freedom that allowed him to experiment with framing, depth of field and color. It’s this experimentation that ultimately defined his style – and what gained him recognition as a part of the New York School of street photography.

“I don’t have a philosophy. I have a camera.”

It’s in our nature as photographers to neatly frame a subject and have it free from obstruction. Leiter dispelled this impulse, often shooting through other objects. This effect allowed him to frame his subjects in creative ways, creating mystery and evoking a story. When out shooting, experiment shooting through objects – a hole in the fence, tree leaves, a crowd – or even hold something up to obstruct part of your lens’ view.

“A window covered with raindrops interests me more than a photograph of a famous person.” 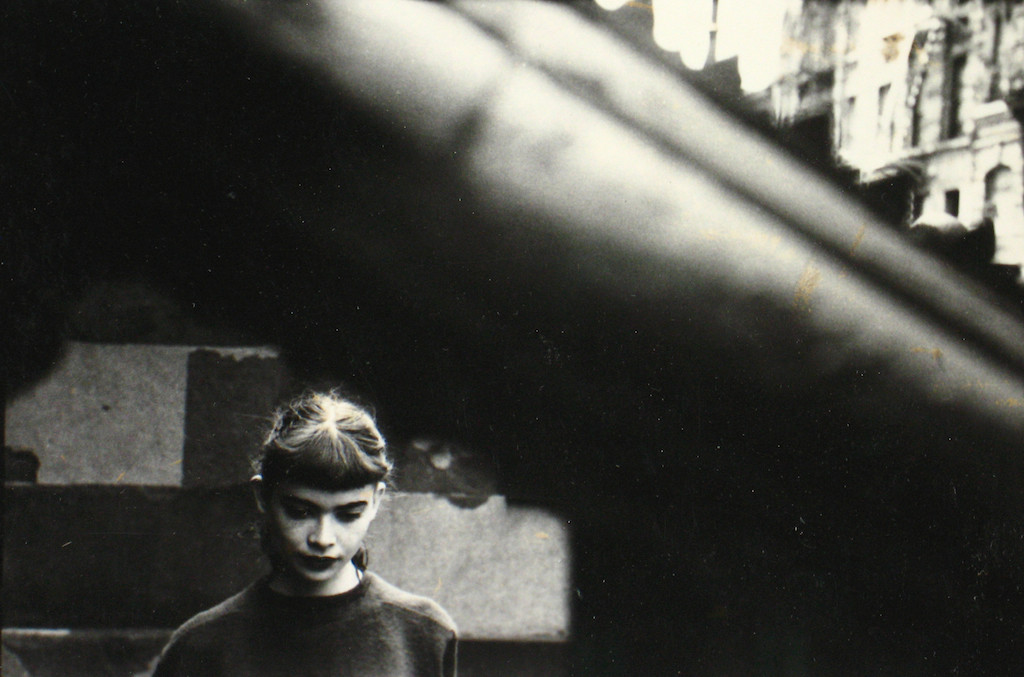 Another one of Leiter’s techniques was using shallow depth of field to throw different parts of an image in and out of focus. While this sometimes had the effect of bringing attention to a subject in the photo, it was also a way to simply to play with abstracting objects. It’s in techniques like this where Leiter’s ‘abstract expressionism’ shone through. 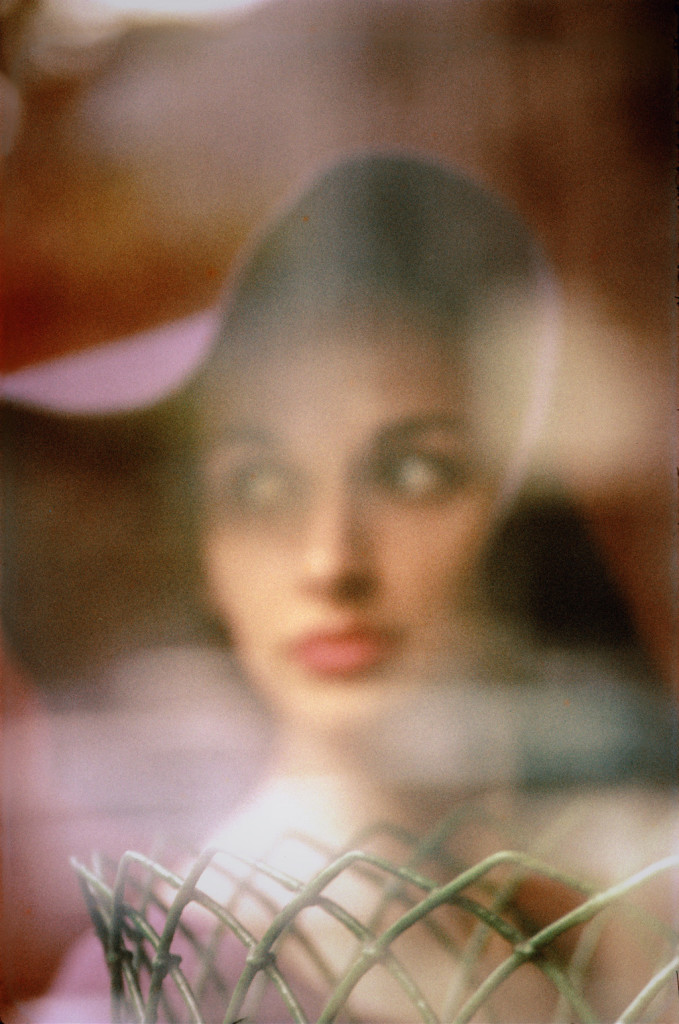 Leiter has been often referred to as a pioneer of color photography. During the height of his fashion career in the 1960s, he was one among few that shot in color, and even today, street photography is often associated with black and white. Leiter’s attraction to color might be owed to his background a painter, but also perhaps that he was never one to follow the crowd. To take a tip from Leiter – shoot colors that complement each other and with not too much saturation.

Leiter was a master at abstracting the ordinary. The people and things he encountered on the streets of New York transformed into shapes, colors, and figures that melded together. While he used camera techniques like shallow depth of field and framing to do this, he also used simple techniques. Try purposefully not showing faces, shooting through objects or cropping – these create a sense of voyeurism and conceal parts of a scene. 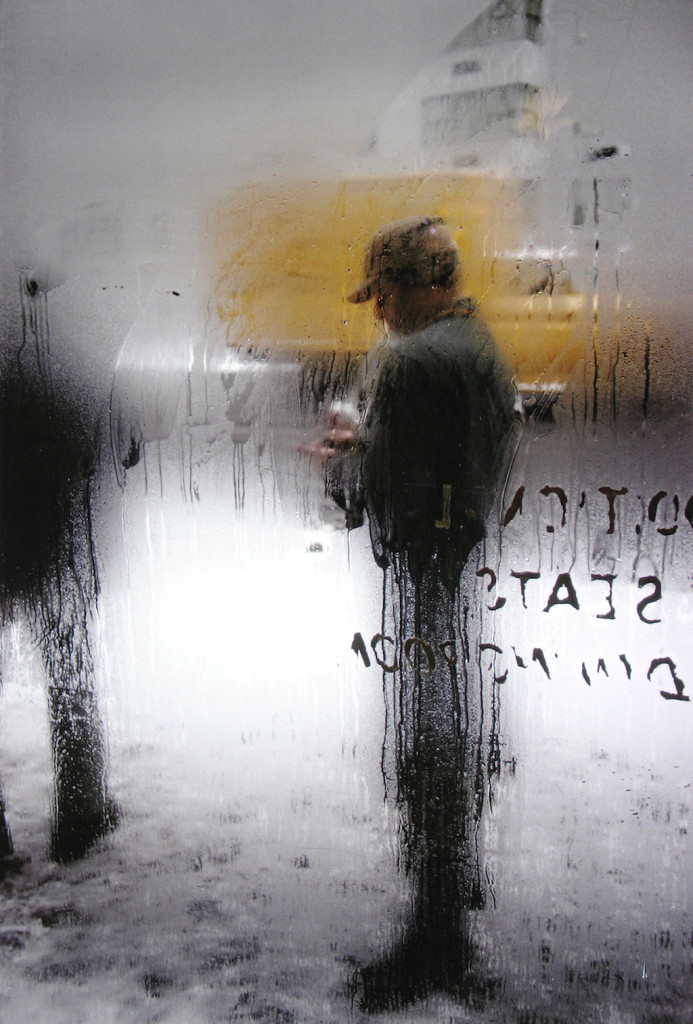 6. Flatten a scene with a telephoto lens

Leiter often shot with a telephoto lens, which created a flattening effect on street scenes. Signs that were far off in the distance looked like they were just as close as the person crossing the street just a few feet away from the camera. Items near and far looked like they were all part of the same scene. This flattened look combined with creative framing made some of his images almost look like collages. 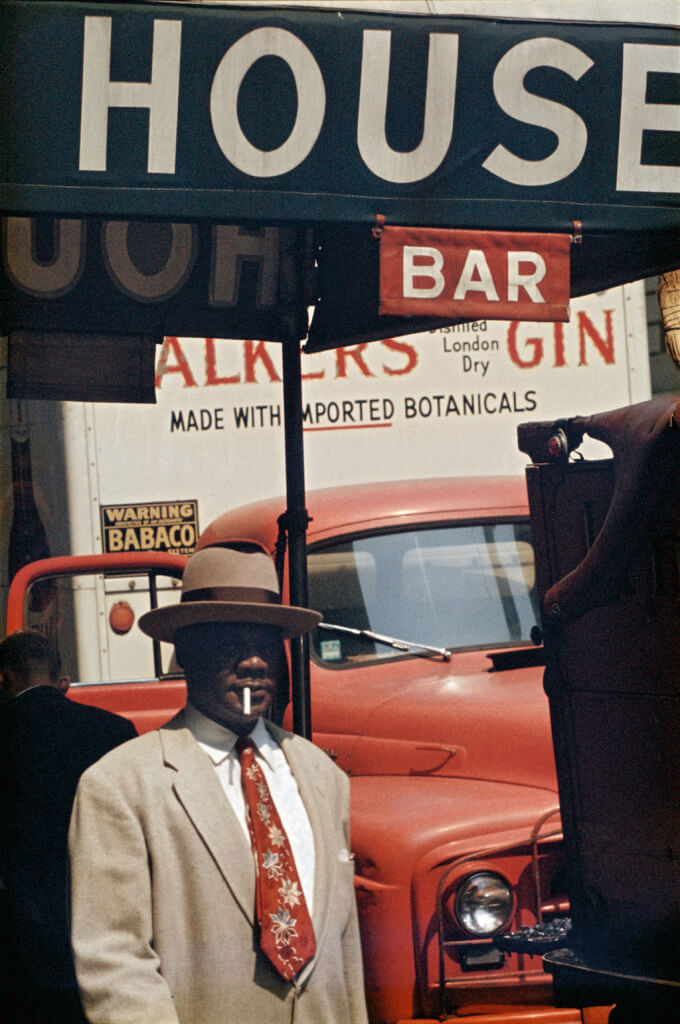 In tradition with not keeping with tradition, Leiter added vertical compositions to his repertoire of experimentation. There was always a way of seeing the world anew, and it was a simple turn of the frame that sometimes did the job.

Cropping allows for a reinterpretation of real life.

As photographers, we’re accustomed to making the picture whole. We’re careful to include all the important details of a scene. Flip that idea inside out, and you have what Leiter often cleverly did – cropping items out or purposefully leaving parts of a scene out. The result told a different story and created the mystery his photos held. Cropping allows for a re-interpretation of real life. 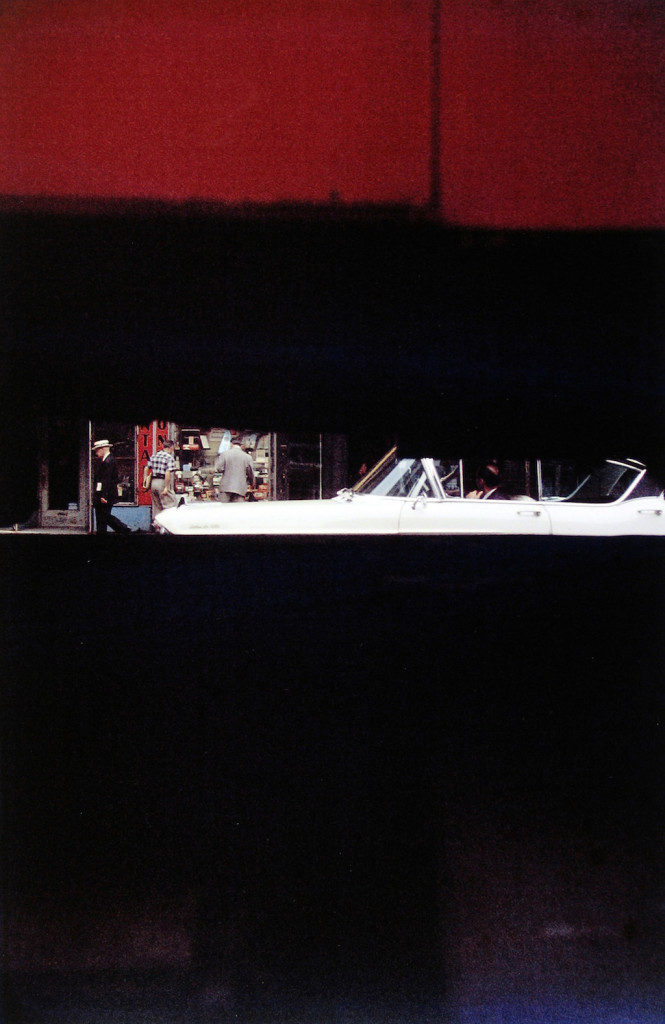 9. The photo will come to you

Leiter has said that he never went searching for a photo. The photos, instead, will come to you. By simply being observant and taking in the world around you as you walk down the street. You might recognize this philosophy among street photographers, coined byHenri Cartier-Bresson as the decisive moment.

“Photography allows you to learn to look and see.”

Leiter simply did what he loved, and above all else that meant sticking to it even if what you love isn’t popular. He proved this true in fashion with the unconventional and artistic portraits he shot forHarper’s Bazaar, and he proved it again when he departed fashion to focus on street photography. In the end, it was his unique point of view that got him noticed as a pioneer in photography. 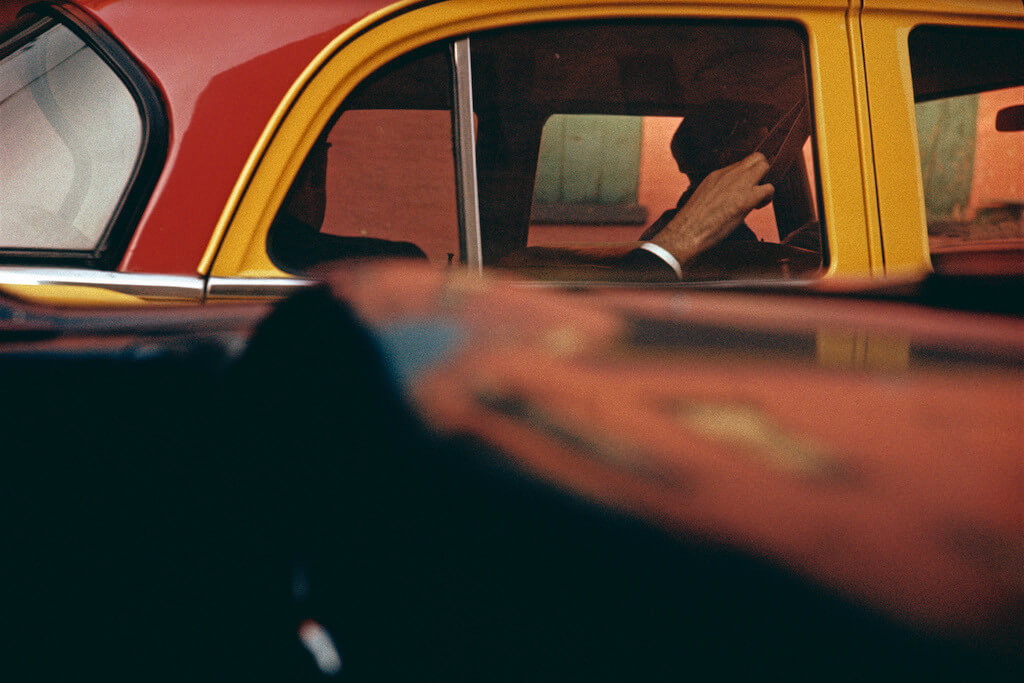