Photography as a Voice: Documenting #BlackLivesMatter 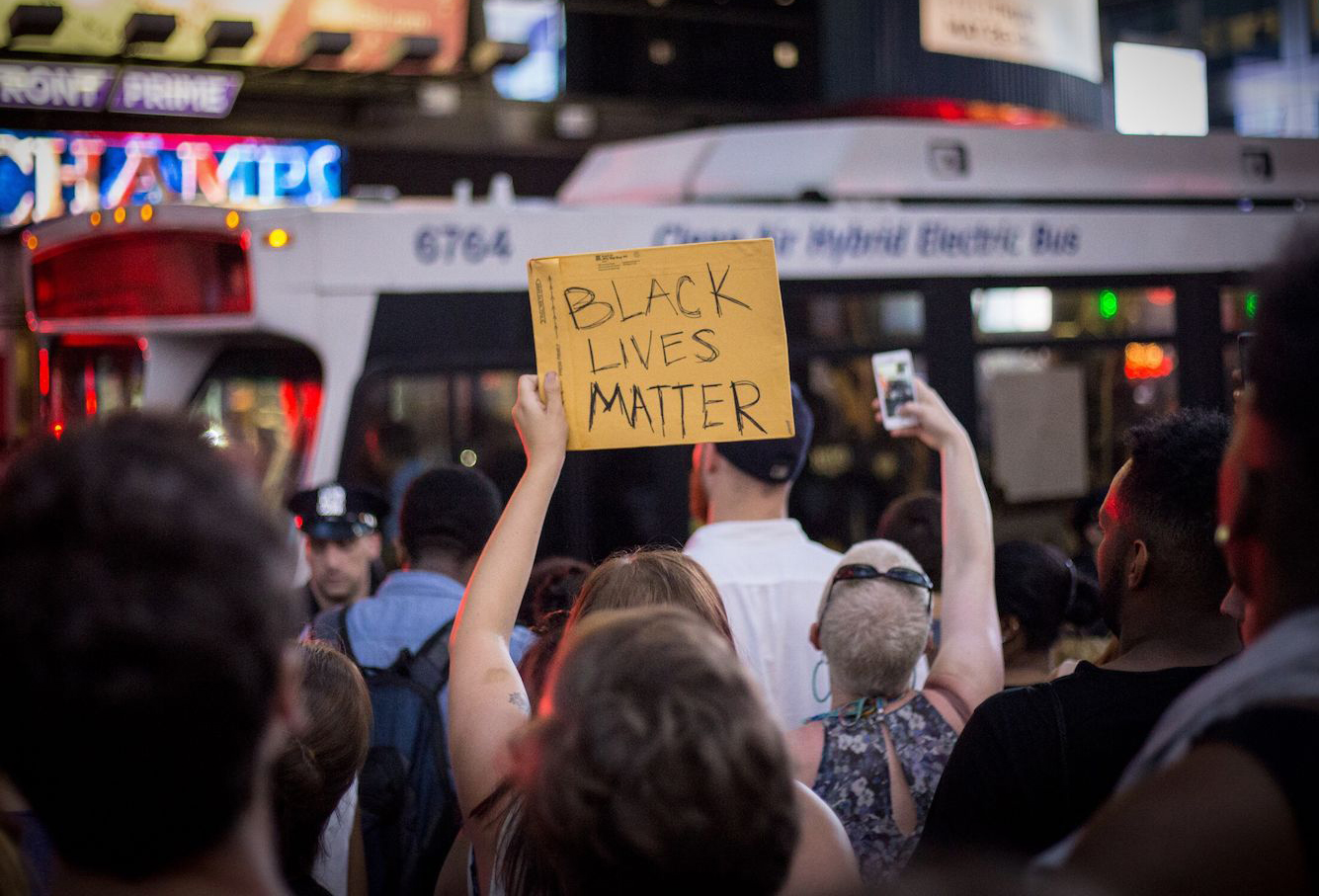 Photographer Jordan Tempro talks about taking pictures at the protests in New York City – and why the police were arresting protesters.

Jordan Tempro works as a photographer in New York City. He recently took startling photos of the Black Lives Matter protest in Manhattan. We asked him what it’s like to take pictures during police arrests and what role photography can play in political issues.

First, tell us a little bit about yourself.
I have been shooting for almost three years now and have mostly taken landscape photography and pictures of cityscapes. Recently, I have been moving into a more professional role with my photography: I work at a medical company called ZocDoc, where we help people find doctors around the world – I am on the photo team here, ensuring we have high-quality photos.

You have also been taking photos of events lately.
My favorite thing to photograph is people. I love talking to them, finding out where they come from and making a connection. I love documenting situations and events that are going on in the moment – whether that is a fun party of a not-so-fun protest.

How did you end up taking photos at the recent Black Lives Matter protest in New York City?
I happen to be living in an apartment about three blocks away from Times Square. At the end of the workday, as I was back in my neighborhood, I noticed that there were a lot more cop cars out than usual. They had their sirens on and were going into the west side of Manhattan, where I know the previous protests started after people had been killed by the police. I checked social media and by the location tags I could tell that people were protesting in Times Square. So I threw my camera and my 50mm lens in my bag, checked my battery and SD card, and went over.

What was it like?
At first, the atmosphere was really tense. When I first got there, protesters – myself included – were on a major intersection in the center of Times Square, blocking four ways of traffic. The police were using their crowd control tactics to get everyone out of the middle of the street. I watched people get arrested on the spot, get dragged and tackled by police officers…

…it looks very dramatic in the photos.
The atmosphere was tense, but nobody was fighting the police. People were willing to be apprehended, willing to be arrested to send the message that this was an issue they felt strongly about. There wasn’t anyone trying to hurt police officers or trying to resist, but things remained pretty tense until people got out off of the streets.

“As a photographer, I see the camera as an extension of myself”

What was it like to be taking photos at that moment?
When I was in the middle of the street, a cop tried to grab me as well. Fortunately, I saw him coming, got out of their grasp, and relocated to the other side of the protest. They didn’t want us to take pictures, but once we were out of the street, they had no grounds to stop us. We weren’t breaking any laws, and taking photos is nothing they can forbid.

How did protesters react to you being there?
They really wanted to be photographed. They wanted to be recognized and have someone see that they were out there. They were holding signs, were screaming, or live-streaming the protest on their phones. Several folks said “hey, take my photo”, as they held up their sign or their fist. It was an empowering feeling. As a photographer I see my camera as an extension of myself, as part of my voice. And to me, documenting these civil issues of our time felt like an obligation, like I had to show the peaceful protest to share it with people across the world.

What role do you think photography can play when it comes to hot politics issues like these?
Well, social media is at the forefront of how we communicate, how we get words and opinions out. And as more and more people become photographers and use social media to show what they see, the role of photography is going to be massive. Everyone has a unique way of looking at things and will therefore capture what is going on differently, from different points of view. That’s a peaceful way to be involved and to protest. I checked the blacklivesmatter tag on EyeEm and saw other photographers who were there that same night. So to see my photos next to those of other people’s and to see how they interpreted the same event speaks volumes.

Interestingly, photography is also at the root of these protests: The #blacklivesmatter movement really began because the police killings have been recorded in graphic detail and could be shared on the internet.
It does line up very well with the origins of the protests. Photography is an appropriate response. These protests are a part of history, I think they will eventually be in some students’ textbooks 10, 20 years down the line. And having different perspectives of it means that the learning around it can continue even after the situation has passed.

What do these protests mean to you, personally? You are a black man living in the U.S., so the issue must hit home very closely.
It does. This was not the first time I went to a protest around this issue. I did the same thing last year, but only took my camera this time. It means a lot to me, and my biggest takeaway from being there this past week is that it wasn’t just black people. I am extremely proud of who I am, but it was motivating and empowering to see all kinds of people there: black, white, asian, straight, gay. All walks of life came together to say that this issue is not just an issue against black people but against people in general. It’s really powerful when people who aren’t of the affected demographic come and show unity.

In the end, it’s not about race, or about black vs white: It is about injustice that’s happening to individuals. People should not be treated differently for what they look like, who they love, who they pray to. Some of my friends say that there’s no point in protesting. But I think the point is to show that we can work together to get positive results. It might not happen at the end of that protest or the next day. But the initial response, the unity, it can motivate you to do some really great things for your community and beyond.

All photos on this page taken by @jordantempro. To view more of Jordan’s work, check out his EyeEm profile or his website.