Going Underground: A Talk about Transit Photography with Sascha Niethammer 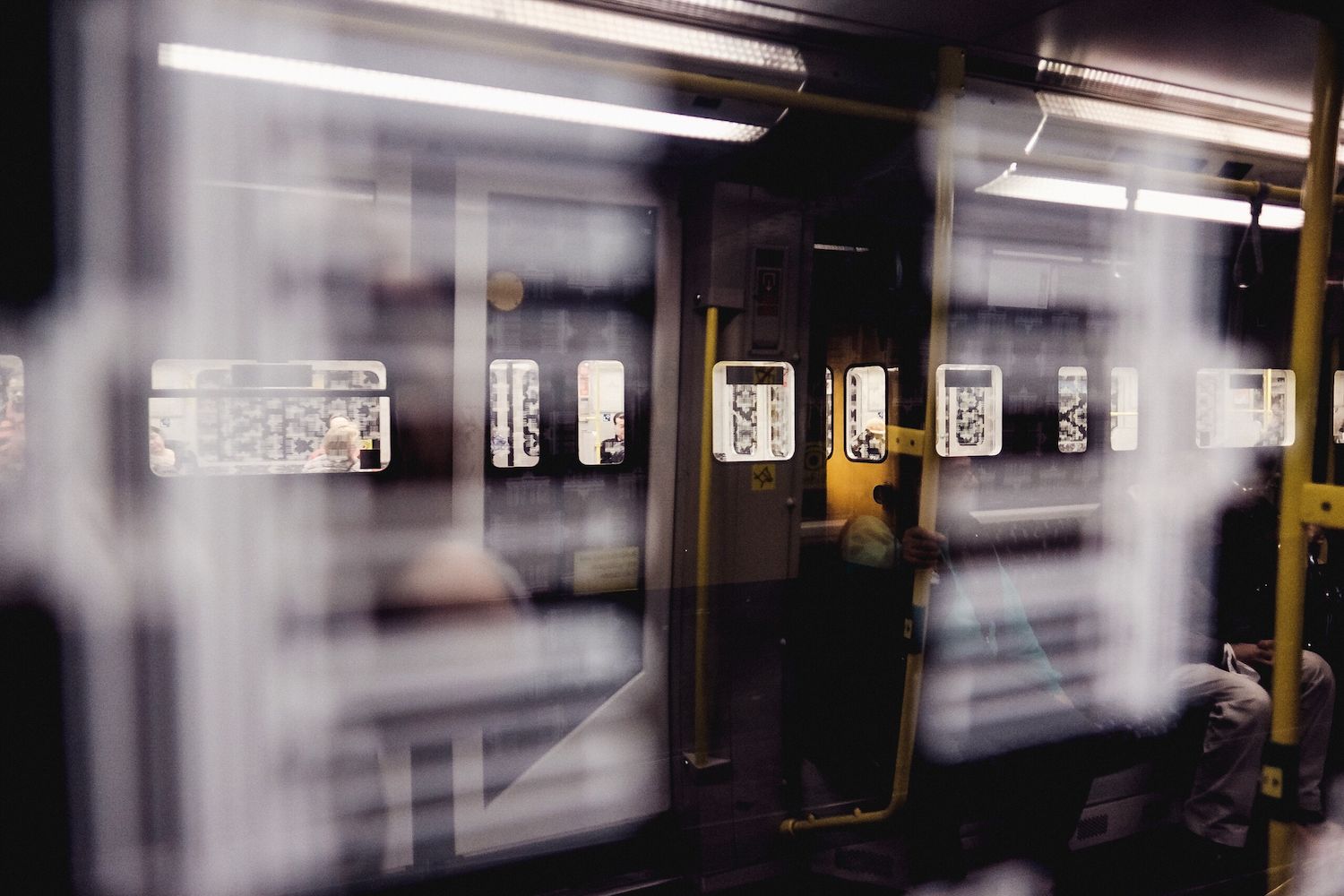 The Hamburg-based photographer shares his photos from the subway – an appeal to pay more attention to the people around us.

Sascha Niethammer’s photos of subways and the people in them paint a wonderfully abstract portrait of the anonymity of the city. He tells us how he approaches shooting underground – and what bothers him the most about city-dwellers.

EyeEm: You have taken entire photo series on the subway: People in transit, staring about, often captured while their train departs. What interests you about this type of street photography?
Sascha Niethammer: First of all, it’s about documenting everyday life with all its bizzare aspects. But it’s also about social critique…

What do you mean?
The stress everyone is under. Cities are stressful places, and the subway is a curious exception: On it, we are forced to sit down, take a breath and just wait.

And we have to do with a whole lot of others…
…which is what I find the most interesting: You will often sit across from people, across from total strangers. And when you get off the train – sometimes after half an hour – you will still know absolutely nothing about them, except maybe the color of their shirt or their hair. This is something I have tried to capture in my photography: The moment when people come together in transit, when their glances meet, and they quickly look away again.

“When shooting, I put all thoughts and concerns aside”

There is definitely an unwritten law to keep a distance and not talk to one another. The only other place like it is an elevator – where people stand in tight spaces, politely ignoring each other. Why do you think that is?
I think it has to do with fear: Both on the subway and in an elevator, there is no possibility to escape. Compare that with the office or your home: It’s always possible to avoid confrontation simply by leaving or changing place. But underground, you can’t. It is something I also notice impacting my photography…

In what way?
I don’t actually like taking photos on the subway! I like being on the move, changing places, feeling energized. And that isn’t possible there.

But many photographers notice that certain constraints make them more creative: Shooting only with one lens, shooting only in black and white – or shooting in just one location. Is that what makes you return to the subway to shoot?
Perhaps! I like working in projects and picking a specific location definitely helps. But in my everyday shooting, I just love being on the move, being in action. Somehow, it causes an inner calm: When taking pictures, I manage to put all thoughts or concerns aside to really keep my eyes open and discover. It may sound stressful to run around and change places all the time, but it really isn’t.

Maybe your particular constraint is to stay somewhere only briefly.
Exactly. Many of my photos resulted from the boredom of commuting: I shot them while I was going somewhere in Hamburg

Let’s talk about your pictures: Many are quite abstract – you are using blur and layers of reflections to turn this relatively ordinary thing into something much more visually interesting.
I really like reflections. They are a way for me to emphasize my message: That other people on the train are something we unfortunately fail to notice, that they are almost part of the subway system.

Is it fair to say that your photos are an appeal to pay more attention?
I am naturally a curious person. And I find that paying attention to our surroundings is makes us more aware of what is going on – or going wrong. Seems to me like the world could use more awareness.

Some of your images are in color, others in black and white. When do you decided to use either one?
I am always torn between the two – and I wish I was the kind of person who has an all-color or all-black and white portfolios. But I don’t think I ever will. So I usually pick one for a certain project. In my series “Fleeting Glances”, for instance, black and white emphasized the abstraction.

Perhaps because real life simply isn’t in black and white?
Exactly. And the color would distract from the people! Imagine all the lights on the train were captured, they might become the focus and distract us from the faces.

What advice do you have for other photographers for shooting?
There’s a theory in Zen Buddhism called Beginner’s Spirit: To learn to approach anything with a child-like fascination. Trying to learn too much, trying to pay attention to too many theories or technical tips means you cannot ever relax and observe the moment. No matter what you are shooting, it helps to keep that in mind.

Sascha Niethammer (31, @niethammer) is a photographer from Hamburg, Germany. He is also one of the founding members of Broke Photos, a collective of three photographers that regularly puts out a print publication. “There is something about seeing photos in print that changes the way we see them”, Sascha says. For the upcoming issue, he is working on a photo series about street photography in Istanbul. Check out his website and his EyeEm account.

Header photo, as well as all photos in the post, by Sascha Niethammer