From the Street: American Beauty 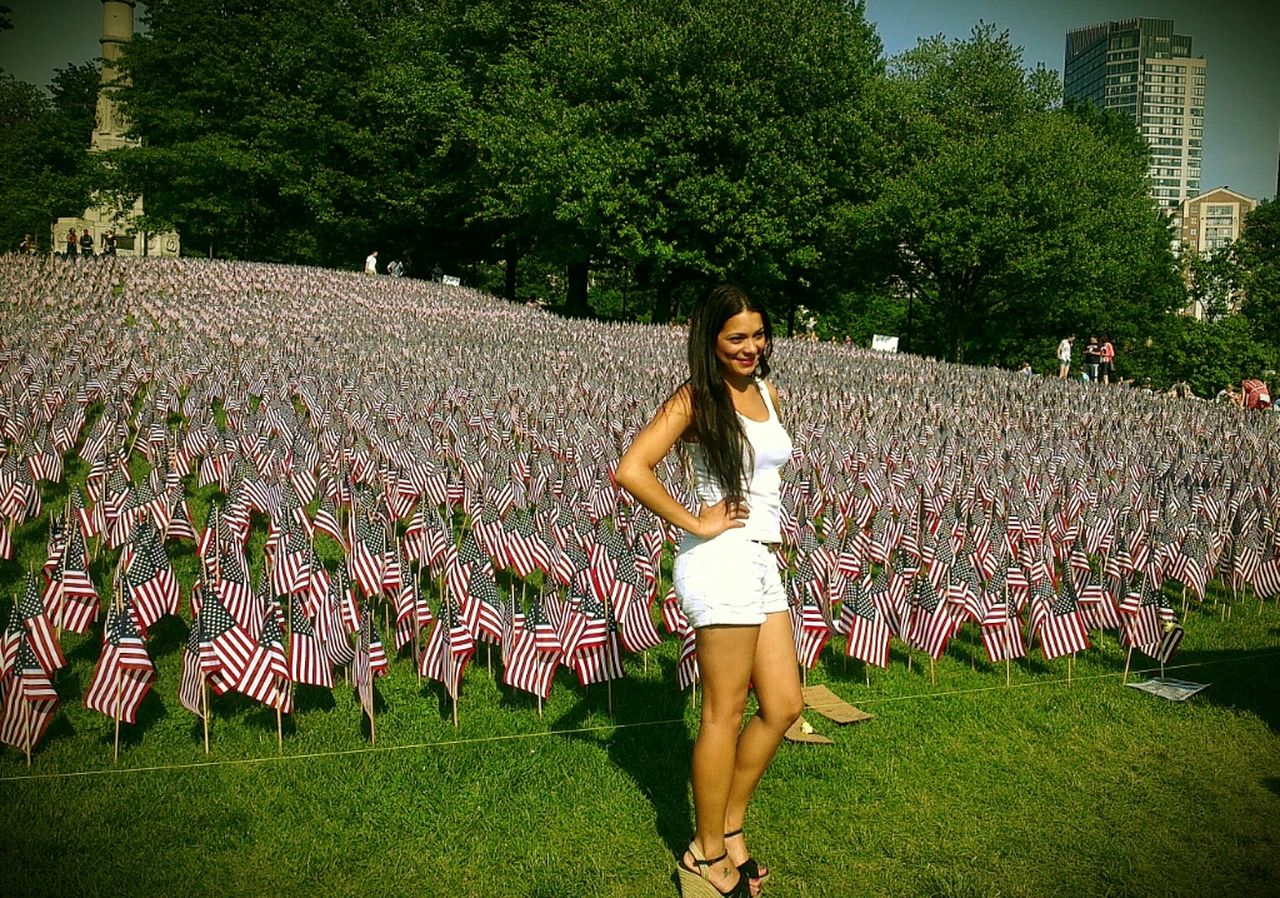 We’re excited to introduce a new guest blog feature on EyeEm Spotlight today: From the Street. Each month, our friend Misho Baranovic is going to delve into the streetphotography album on EyeEm, searching for the stories behind the photographs.

We’re excited to introduce a new guest blog feature on EyeEm Spotlight today: From the Street. Each month, our friendMisho Baranovicis going to delve into thestreetphotographyalbum on EyeEm, searching for the stories behind the photographs.

People watching by ChuChuNaKu on EyeEm

From the desk of Misho Baranovic:

For my first post, I’ve selected two candid, colour photographs taken in the United States. The title for this post, American Beauty, is an obvious one, but one, I feel, balances the glitz and grace against the strangeness of both photos. What do I mean by strangeness? For me, it has to do with the in-between nature of both images, one observing a change in weather, the other a small act of patriotism. But both are beautiful, both American.

The two images draw you into the frame; you can almost smell the rain in the first and grass in the second. Importantly, both photos ask questions of the viewer. Where are we? What’s going on?

I’ve asked each photographer the same five questions to discover the story behind each image.

streetphotography at las vegas nevada by Steve on EyeEm

Hello, my name is Steve (@LucyKangeroo)and I live in England. I started taking street photos as part of my final project at University back in 2001. My dissertation was based on the paparazzi and I wanted to continue my practical work insimilarway, so I chose to photograph regular people in a candid manner, hence going out into the streets. I started out using a Mamiya 645 on a tripod sat on benches etc., veryconspicuous, but after two weeks of continuous shooting only one person asked what I was doing. Now whenever I go out I have my camera in my pocket – I’m currently using a G9.

This photo was taken in Las Vegas, last October. Whilst we were there, the weatherwas bad and it rained in periods for the first two days. We were walking out of the Bellagio Casino and suddenly the rain came down so we took shelter under the entrance covering. The two girls in the photo worked at the Bellagio, they stand on the street in bikinis and pose for photos with tourists.

I had my camera ready to take a photo of the rain when they came running towards us for cover, so I took their photo instead. What caught my attention was that they were wearing dressing gowns outside and that their demeanour, in a matter of seconds,changed from being open and friendly to an attitude of save my arse and sod the rest of you. The guy behind them in the photo was previously interacting with the girls, but they just blanked him on their run through.

Many photos on the EyeEm streetphotography album have a filter effect applied. Why did you choose to present this photograph with minimal processing?

I chose to post the photo without any filters because I like street photography to show the real scene, using natural light and preferably to be colourful. Heavy post processing and filters change presence of a place and alter reality.

People watching by ChuChuNaKu on EyeEm

Hello, my name is Jaleel (@ChuChuNaKu). I’m from Boston, MA and I work in the IT field. I started taking street photos about a year ago when I participated in my first photo walk. I learned a great deal during the walk by observing how photographers approach and interact with their subjects and how they compose their shots. After the photo walk I came to the realization that shooting with a smaller camera instead of a DSLR was more suitable for the kinds of photographs I like to take. I also learned I really enjoyed photographing strangers.

This photo was taken on 27th of May this year. The backdrop of this photo was a beautiful display of 33,000 flags covering a section of the Boston Common near the Soldiers and Sailors Monument in downtown Boston. About 200 volunteers planted the flags. Each flag represented a Massachusetts service member killed in action since the Civil War.

As amazing as the sea of flags were, I found it far more interesting watching the people enjoy them. This young woman was posing for a friend and I managed to sneak in a few shots. I’ll be honest. I took this photo because the woman was quite photogenic.

Many photos on the EyeEm streetphotography album have a filter effect applied. Why did you choose present this photograph with minimal processing?

I always try to do as little processing as possible. I’ve accidentally ruined photos by over processing them. Lately I’ve taken a more minimalist approach.