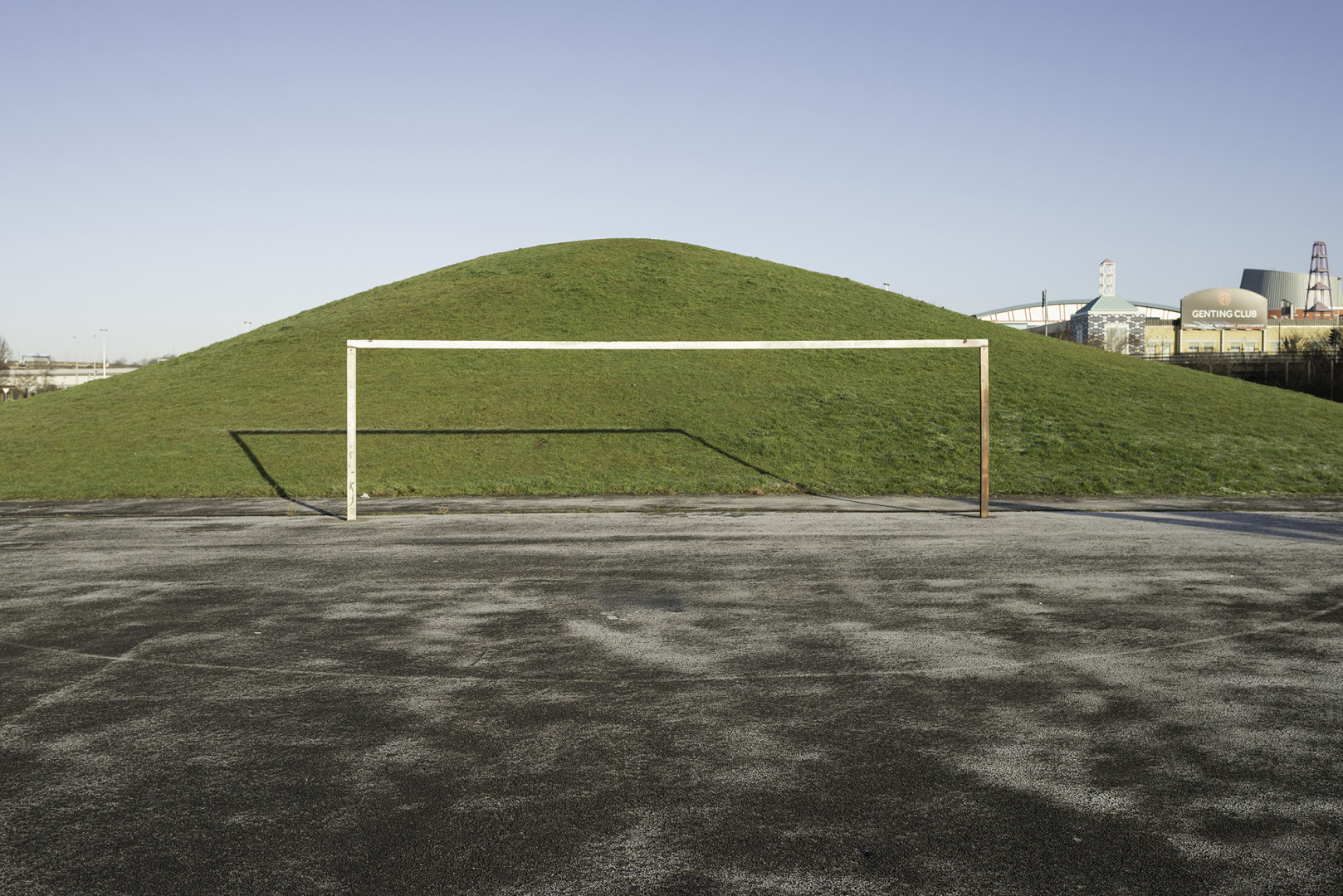 With the 2018 World Cup coming to a close this weekend, we spoke to Liverpool-based photographer Michael Kirkham about his project 'Urban Goals'. For the last three years, he has travelled around the UK capturing the urban goals which inhabit some of the most deprived areas of the country.

Originally inspired by a goalpost in Toxteth, Liverpool, the photographer wanted to utilise the simplicity of these makeshift goals to convey the aspirations of youth. Since then he has taken the project to several cities around the UK, including London, Manchester, Sheffield and Belfast.

Urban Goals is both a compelling exploration into childhood hopes and dreams, as well as a documentation of the deeper social and economic issues which surround them.

“Every frame a story not just of hopes and dreams, but despair and neglect too.” 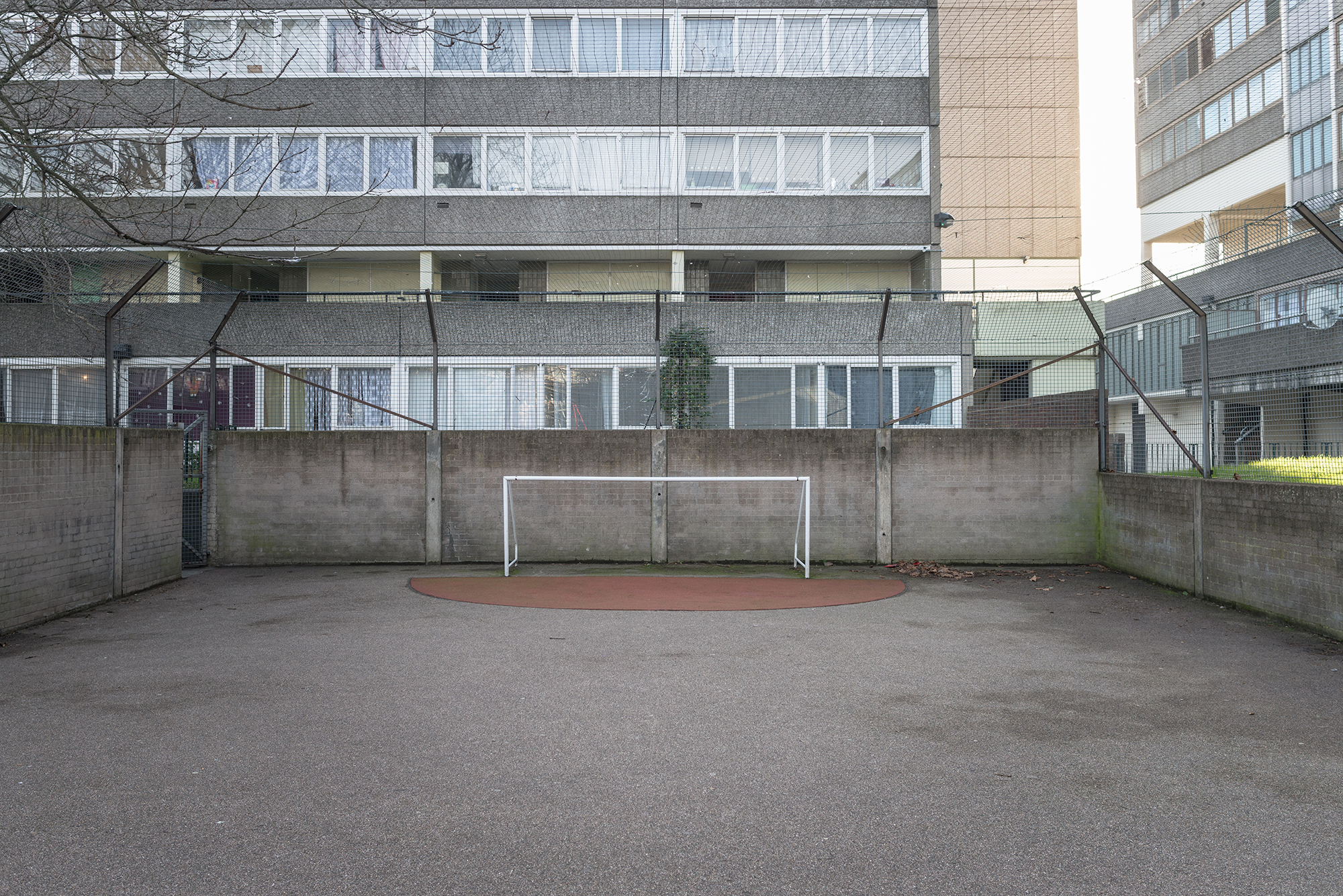 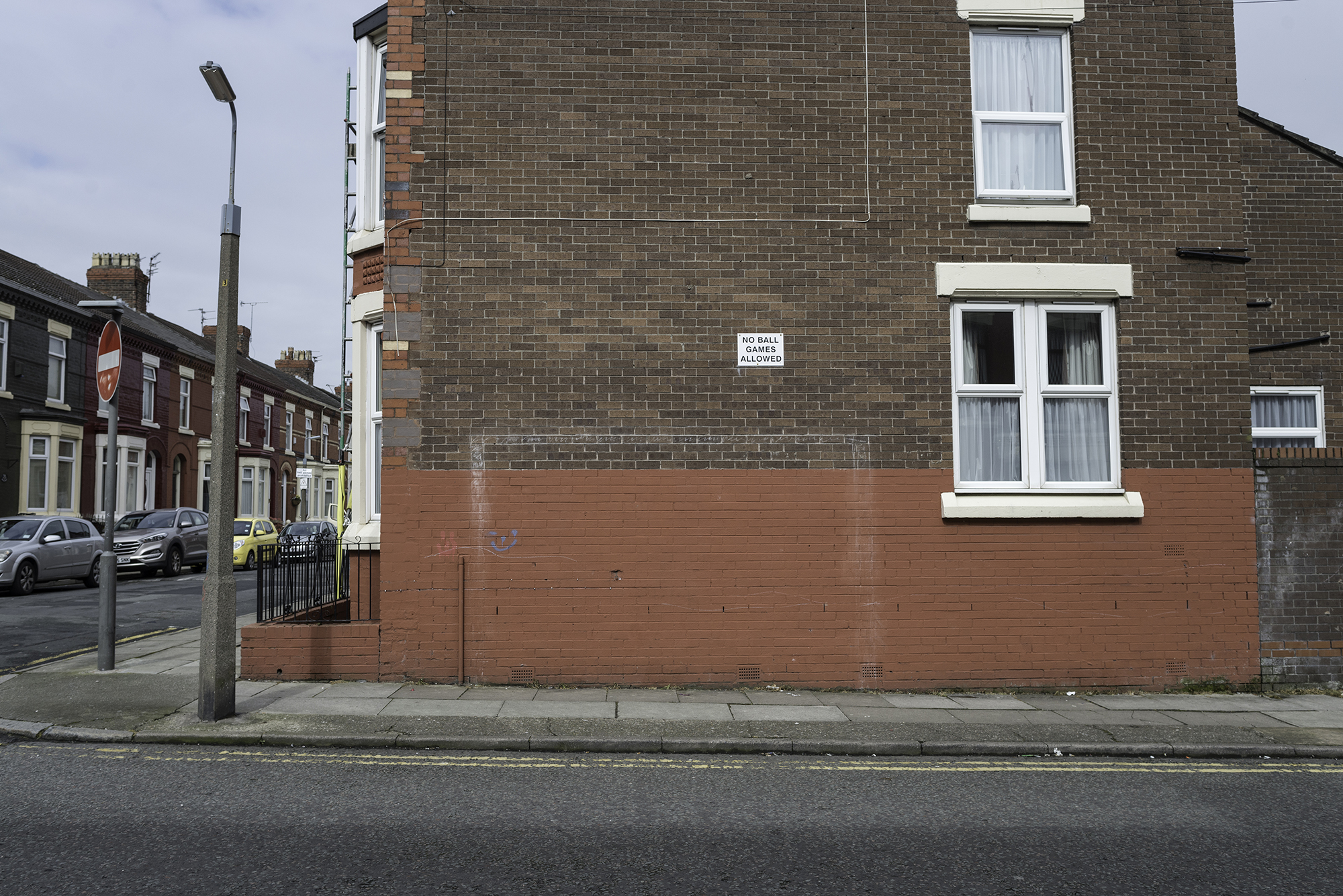 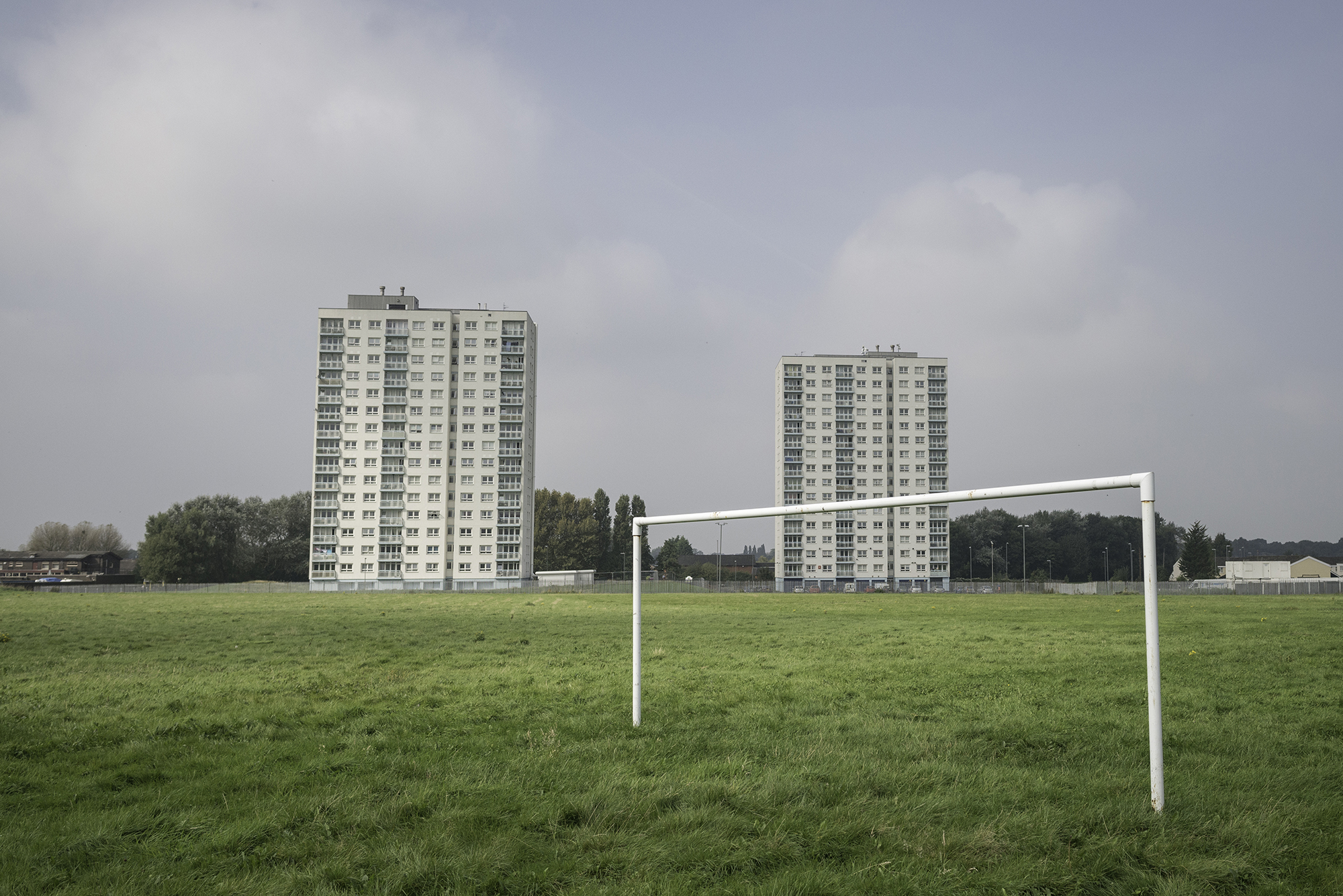 Could you tell us a little about yourself and your background?

I am 40 years old, I was born in Liverpool but moved to the South East of England at a young age, only to return to the city at 26. This had quite a profound effect on my outlook on life, and certainly shaped the work I produce. The sharp contrast between the poverty of the North West, but especially Liverpool, and the wealth of the South East, was like another world to me at the time. It was the first time I became acutely aware of being working class. Coming from a construction background and as a roofer for 14 years, I could never have imagined one day becoming a professional photographer, but it has been just over 6 years now and I love my job very much. I feel very lucky though, I had the love and support of family when I needed it.

How did you get into photography?

My mum worked in a camera shop for a while when I was a kid, I think that may have planted the seed, but I didn’t pick up a camera properly until buying a point and shoot Canon when travelling around South America in 2008. It quickly became a passion though and I took pictures whenever I could, learning and crafting my style along the way. 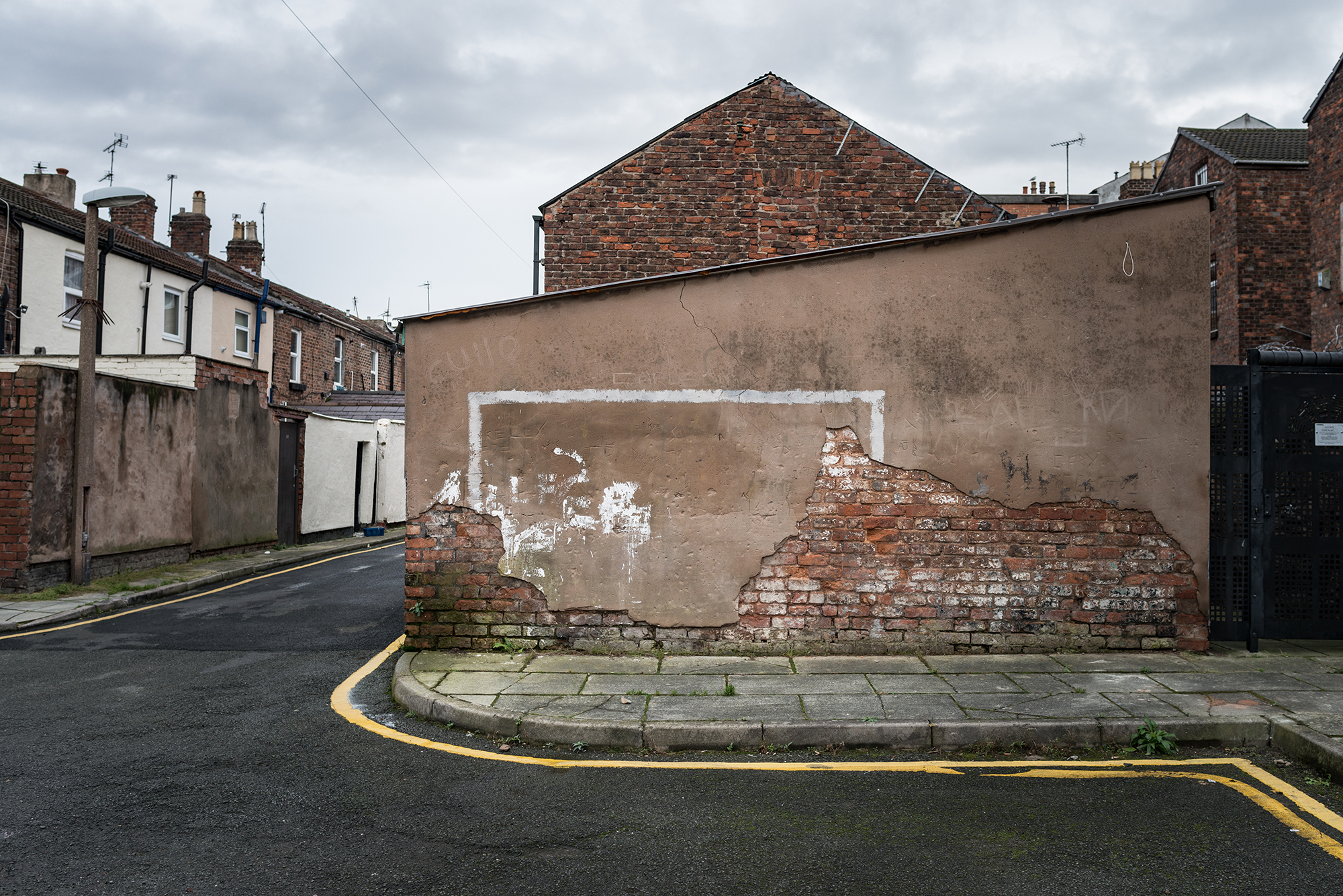 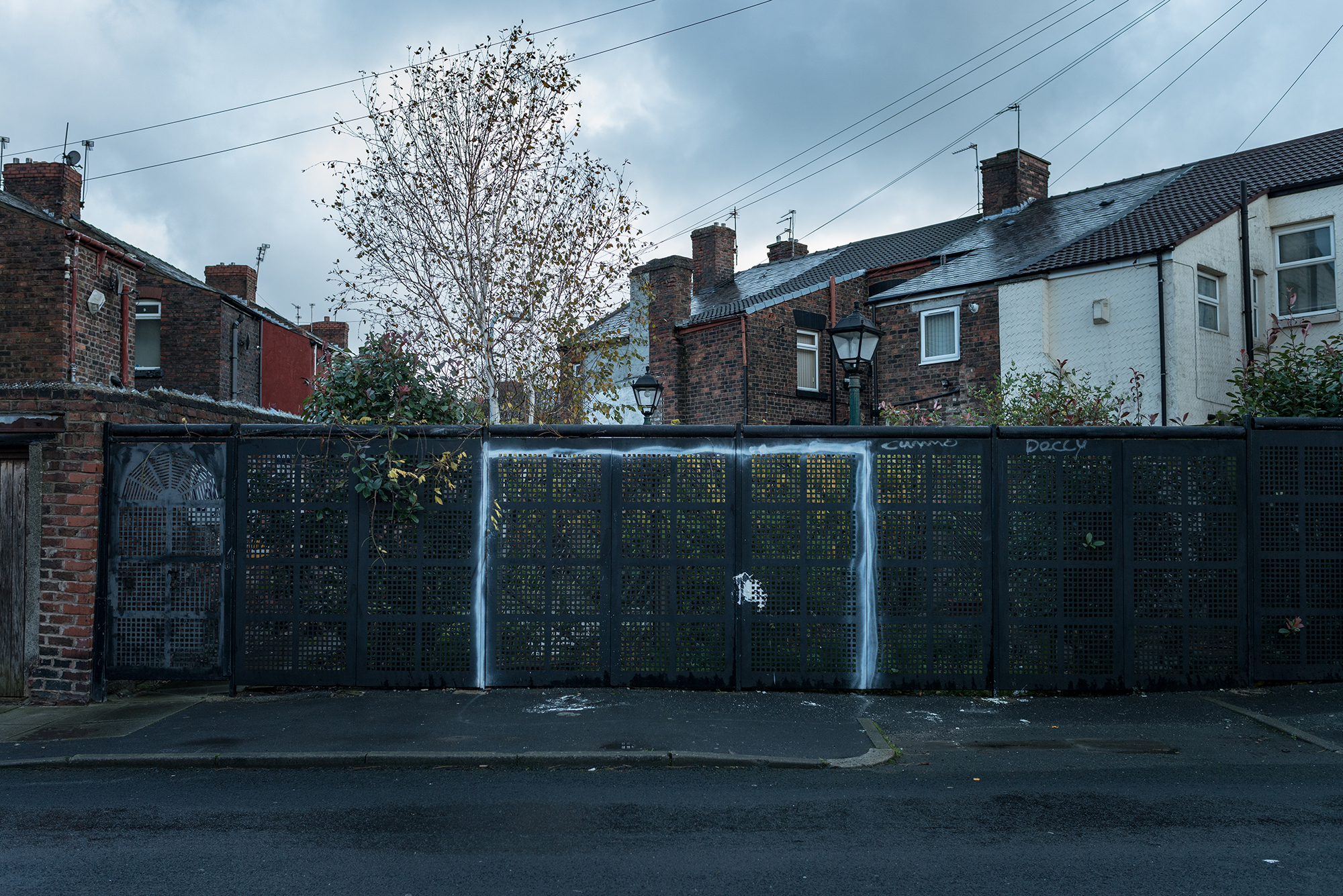 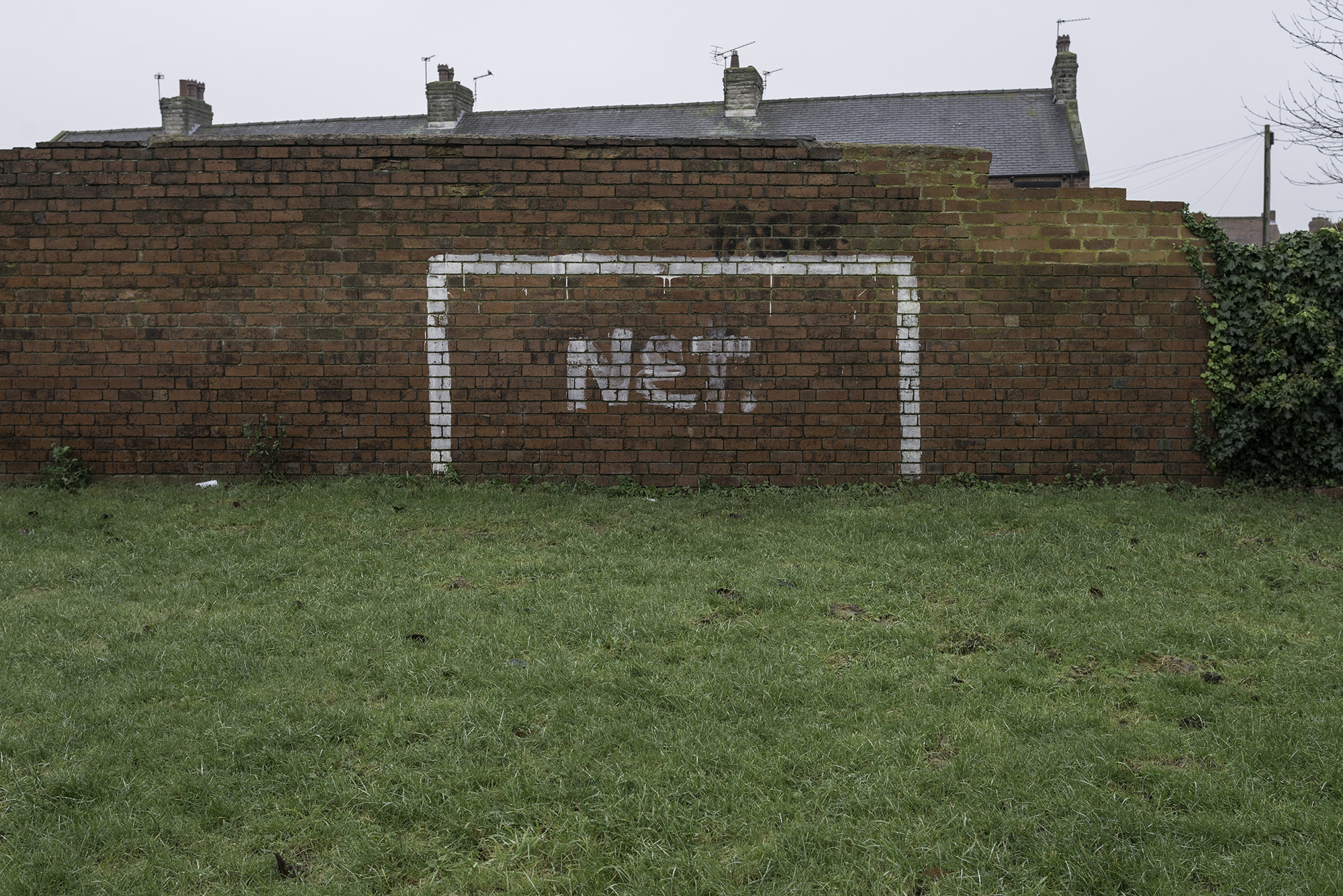 “It’s as free as you can be as a photographer, isn’t it?”

Are you mainly shooting street photography?

I still shoot a fair bit of street, always will. It’s as free as you can be as a photographer, isn’t it? It keeps the love of it alive too. Professionally I shoot weddings, portraits and editorial mostly. But I really enjoy the projects I take on board, and currently have a number on the go. It can be hard finding the time to squeeze all of this in, mind!

How did the series come about and how long did it take for the project to come together?

Liverpool is a city full of these Urban Goals, but one in Granby, Toxteth was the inspiration behind the project. It had “R.I.P Chedz” spray painted on the wall near it. That seemed so poignant; I decided I wanted to find a way to convey the aspirations of all the young people growing up in Liverpool, and the rest of urban Britain. The simple frame of the goalpost seemed perfect. It has such huge cultural significance in the UK, and indeed, around the world. I started the project in the summer of 2015. I’ve found around 800 at this point and must have photographed a good chunk of them already. I had been hoping to finish it this year, but not sure that will work out now. We shall see.

“It’s such an emotive scene, so many dreams played out in those goals, over the generations.”

The series has a slightly nostalgic feel, almost lamenting distant childhood memories and dreams. Was this something you acknowledged and considered in your process?

There is certainly an element of nostalgia to it, yes. It’s such an emotive scene, so many dreams played out in those goals, over the generations. The fact so many generations have played in these goals helps with its appeal I think. After all, we can all connect to those simpler days of our youth, can’t we? 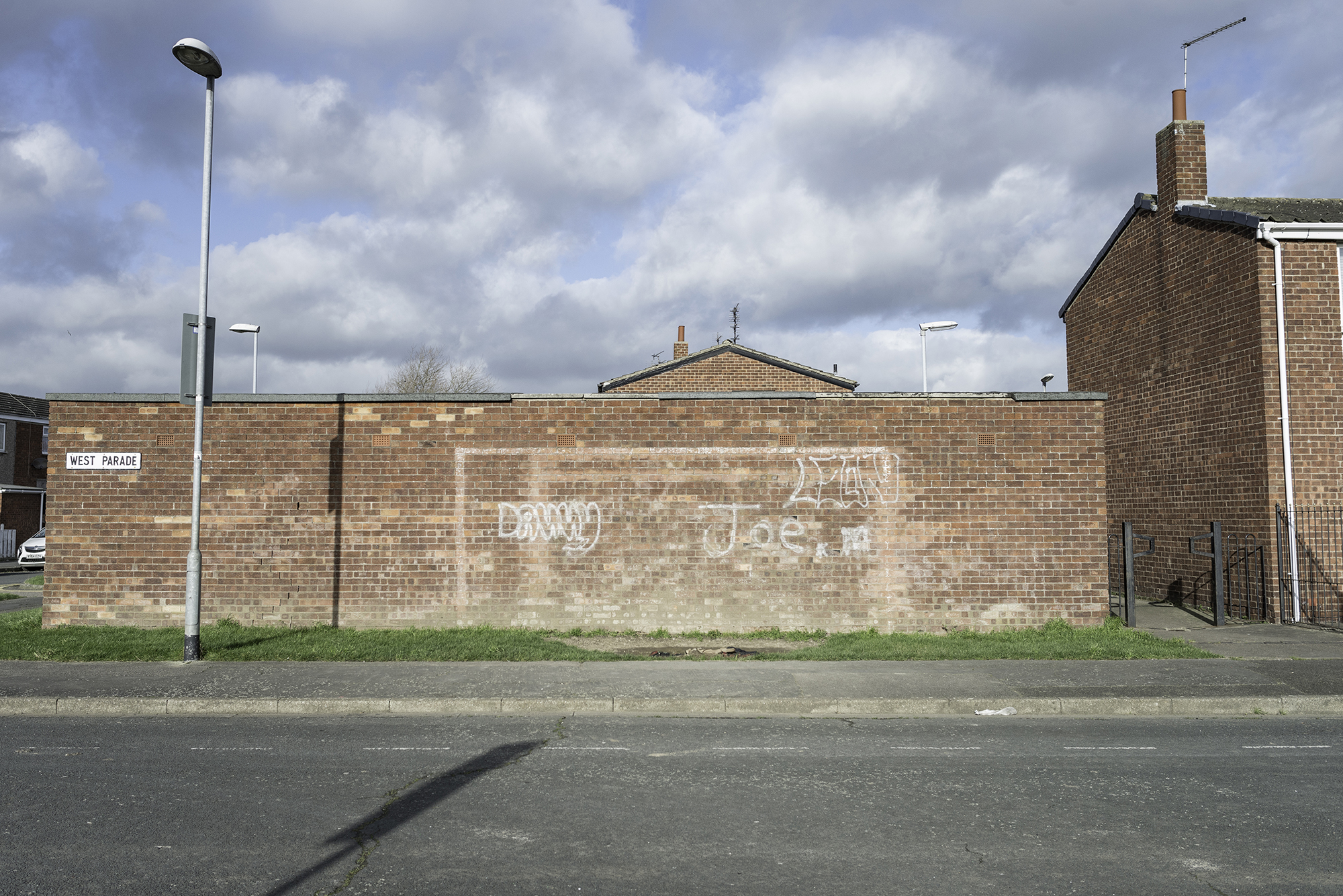 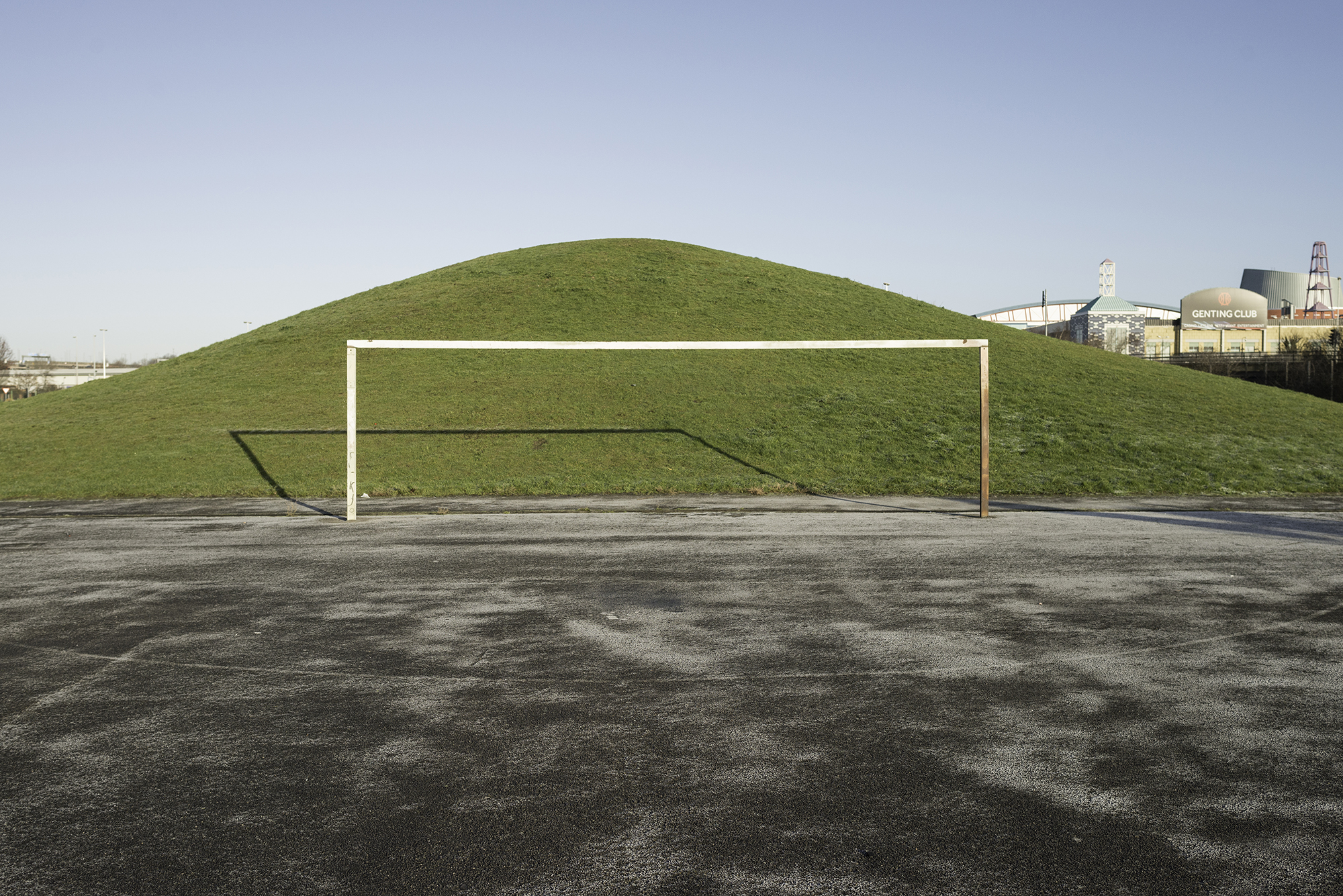 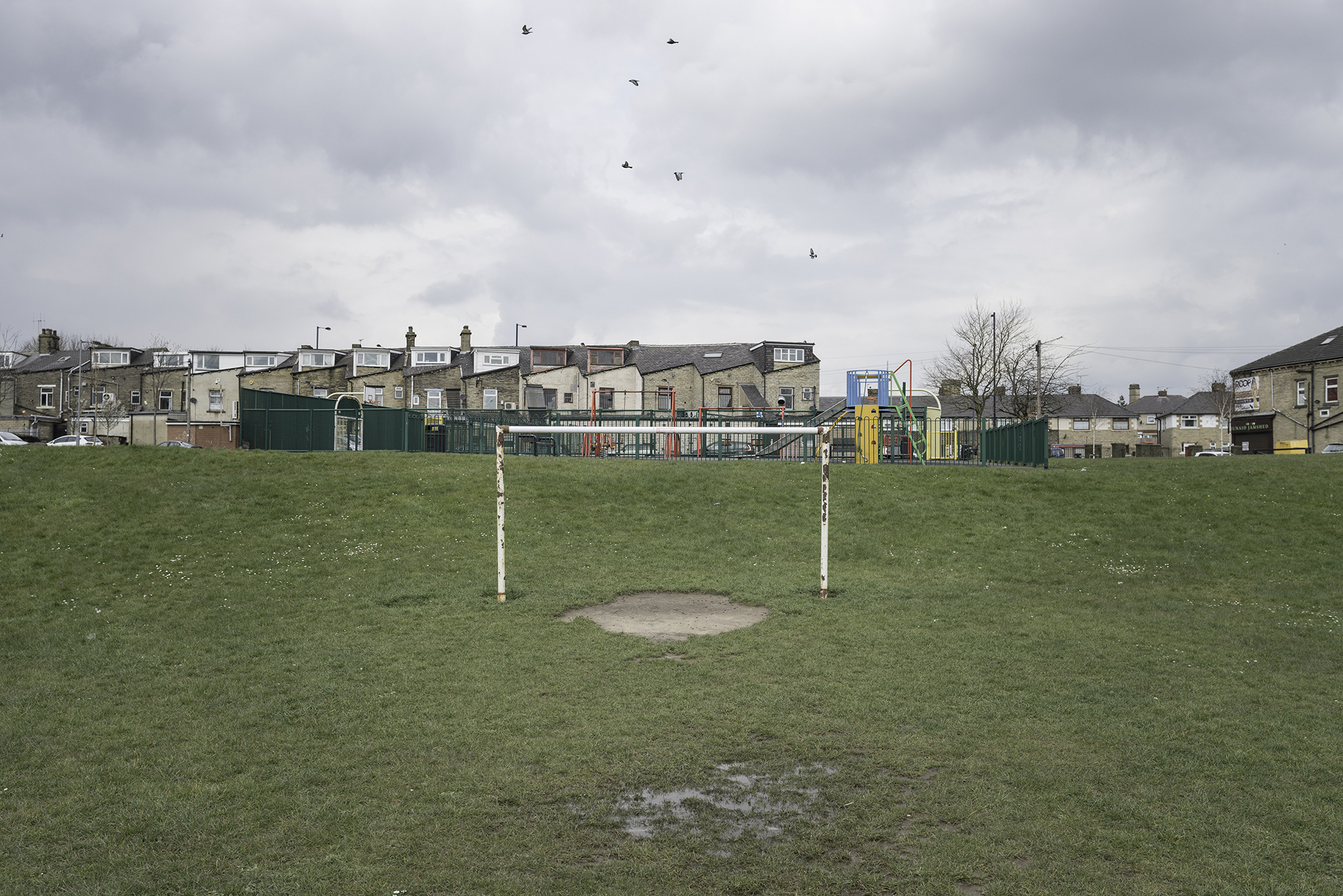 Where did you travel to capture the series and how did you go about finding each urban goal?

First I would walk around the neighbourhoods in Liverpool I knew had them, and soon after started using Google maps to locate them in Liverpool and all over the UK. It’s been a very handy tool for me actually, saved me miles of walking. I’ve visited many cities so far including Belfast, London, Glasgow, Hull, Manchester, Birmingham, Stoke-on-Trent, Burnley, Bradford, Sheffield, Leeds, Huddersfield, Caernarfon, Rhyl, Colne and more. Several cities to visit before I’m finished too. Dundee, Bristol, Barrow and another London trip spring to mind.

“Football has global appeal, and everywhere there’s cities there will be urban goals.”

Do you see any further exploration with the project at a global level? Or do you think there is something particularly unique about this topic in the UK?

I’ve already found urban goals in several European countries, and would love the opportunity to take this further afield. A trip back to South America with it would be amazing. Football has global appeal, and everywhere there’s cities there will be urban goals. Maybe one day I’ll be able to do this, that would be nice. But there is a certain romance to the game in England that football fans around the world tune into. The Premier League is one of the top leagues in the world, and so many of these goals helped produce the players we watch week in week out on those floodlit pitches.

“With this project I hope to help document it, one goal at a time.”

The barren atmosphere of the imagery seems to evoke something deeper about the cultural and economic issues surrounding the goals. Is there an underlying social message you intended to push through with the project?

Most definitely. The UK, like much of the world, is going through a difficult time. We have lived under a Tory government implementing austerity on us for several years now and the effects have been shattering. Working class neighbourhoods all over the UK have had local industry decimated for years, and now much needed social services taken too. With this project I hope to help document it, one goal at a time. Every frame a story not just of hopes and dreams, but despair and neglect too. 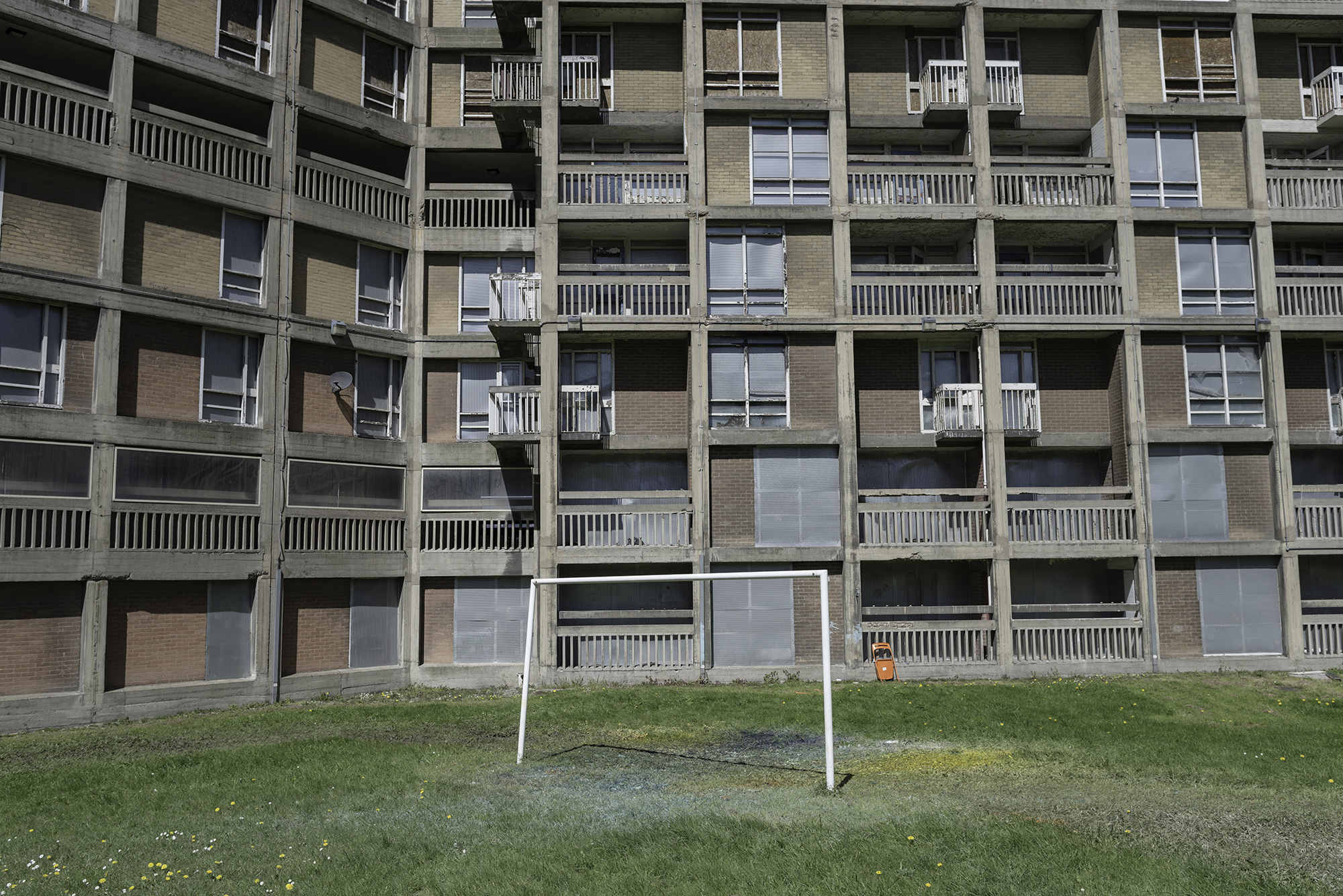 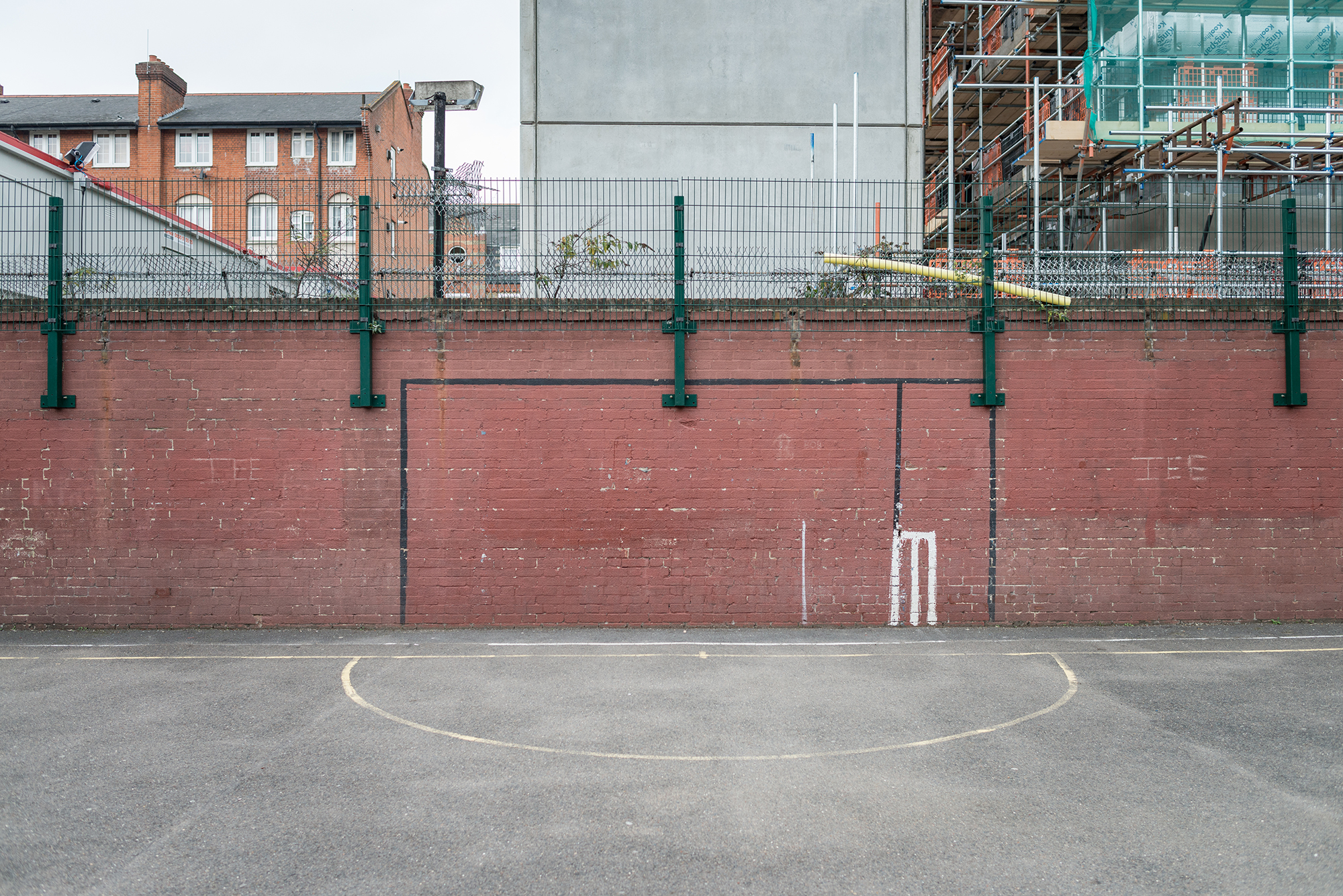 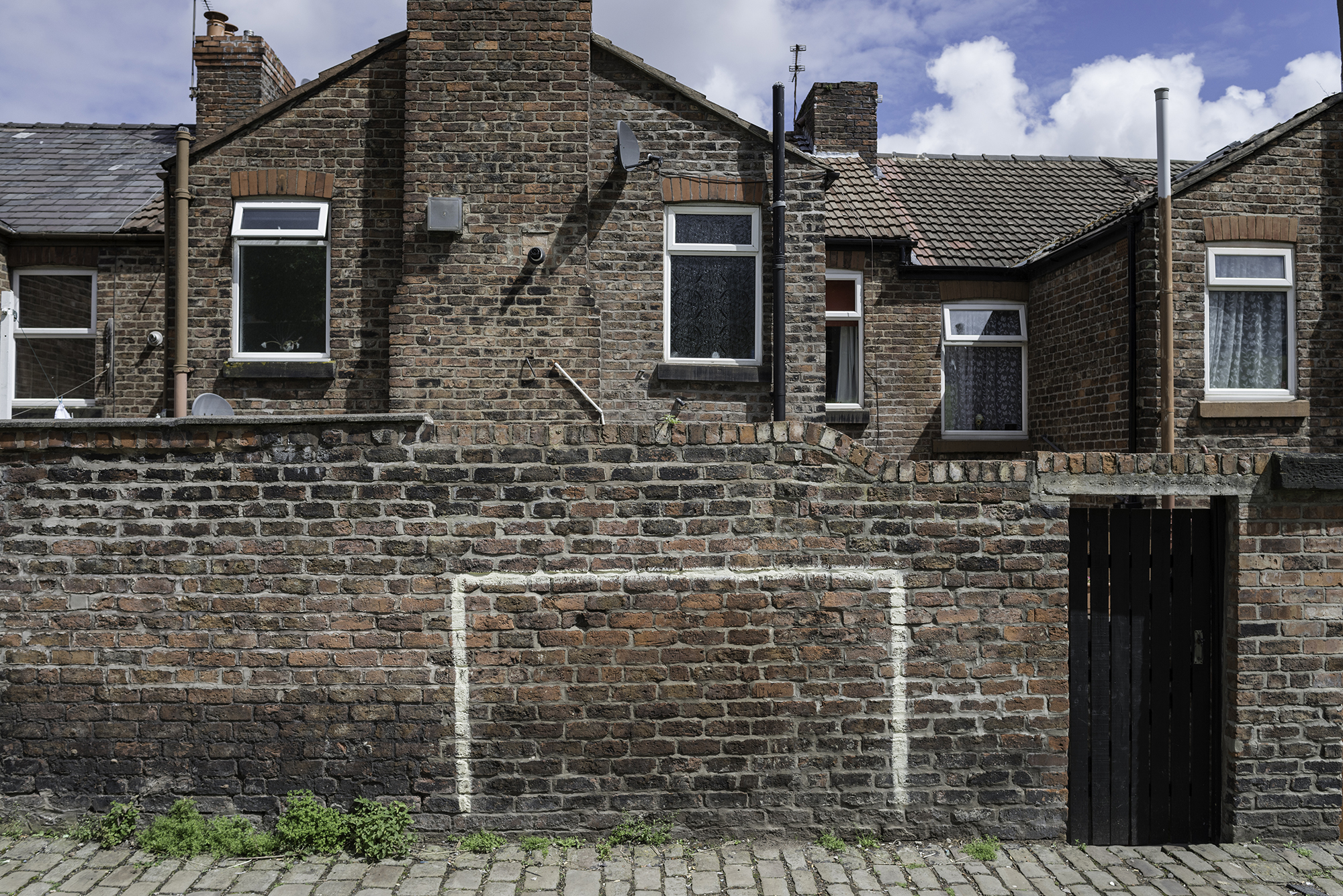 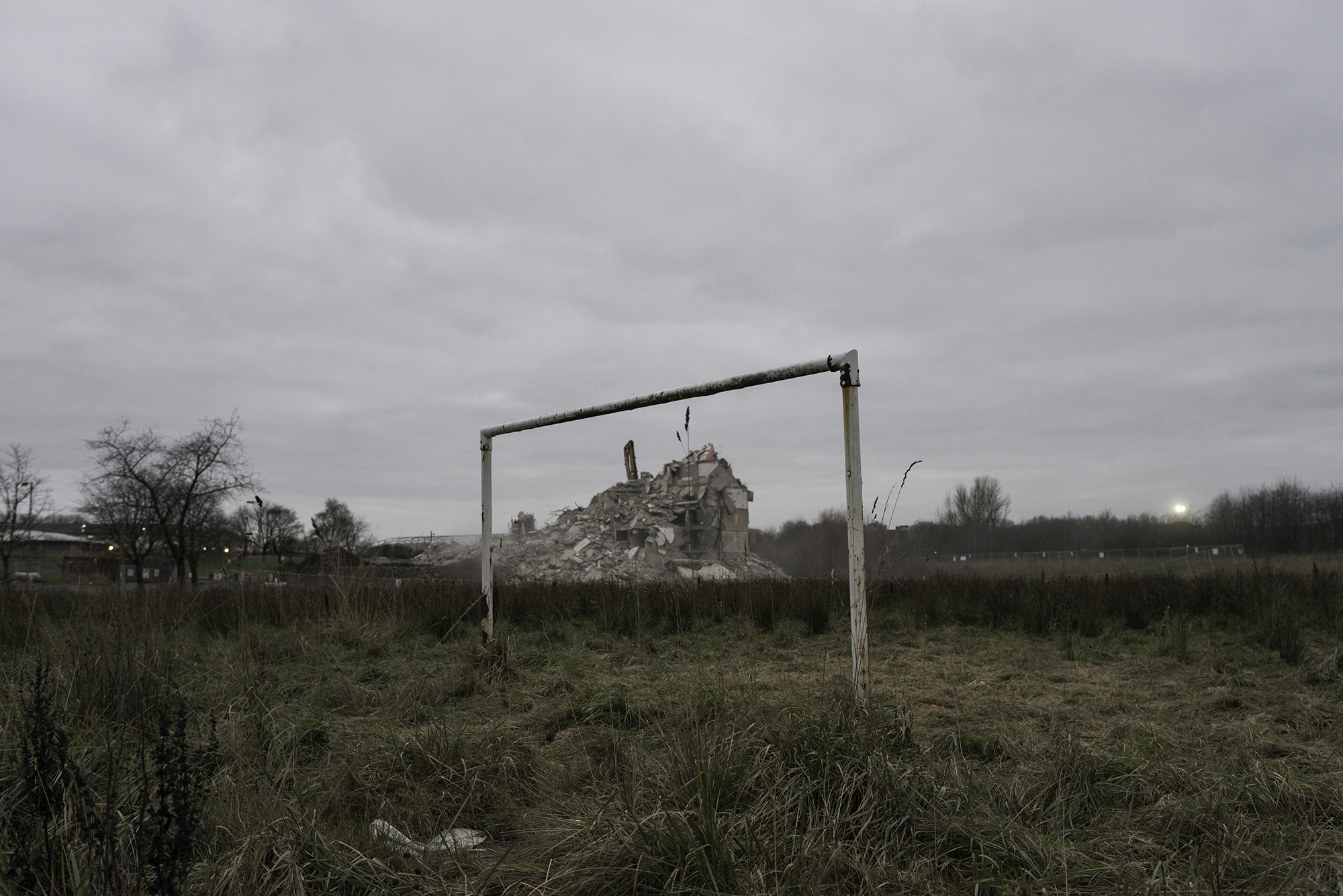 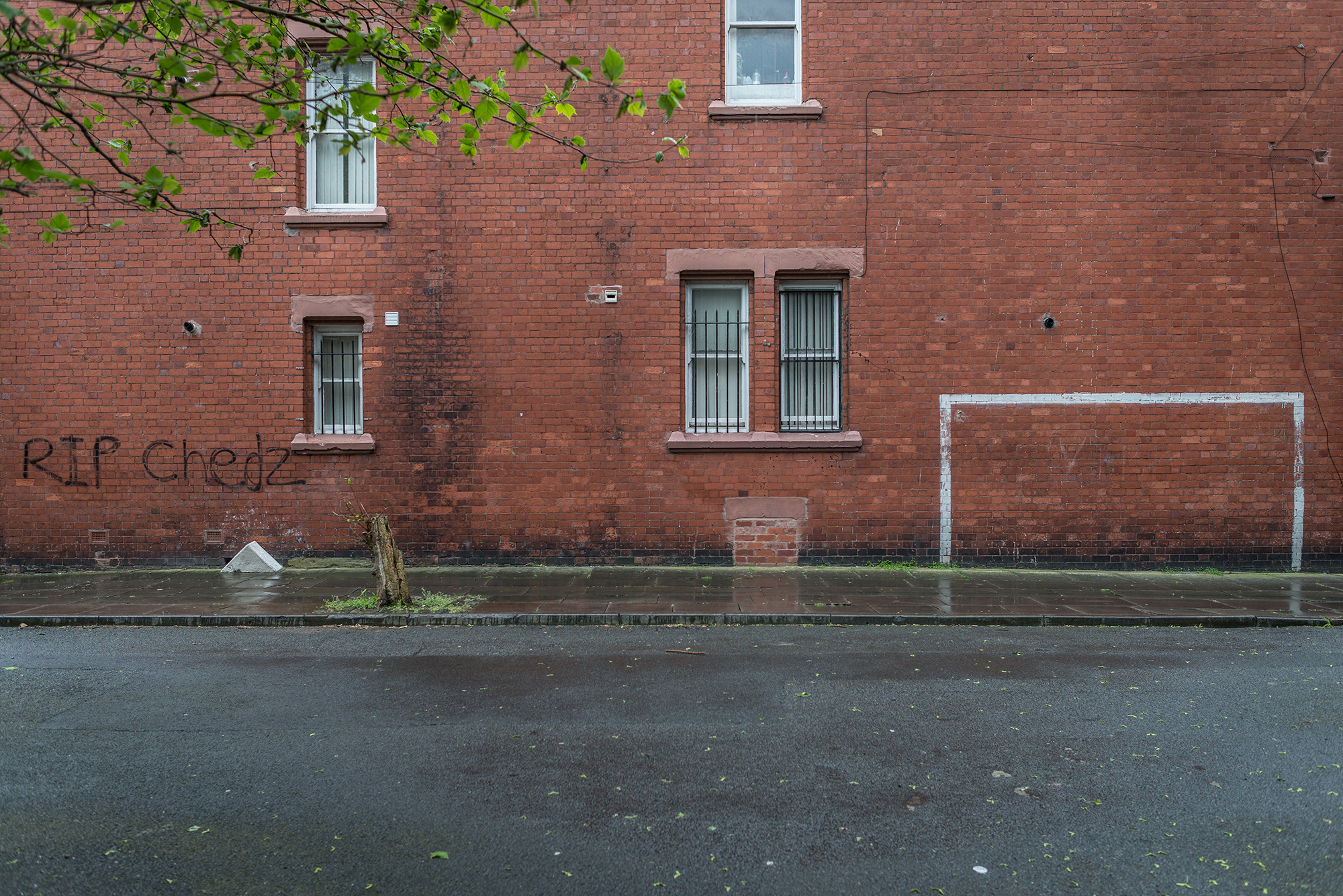 Find out more about Michael and his incredible work here. Don’t forget to submit to our World Cup 2018 Mission, we want to see your reportage of the games, wherever you are in the world. Submit your work here.